The mojo for painting little metal men has taken long term leave but over the past month the time at the table has been dedicated to "equipments". Earlier in the summer I obtained these two 1/56 scale 3D resin printed models of WW1 Leyland 3-ton lorries from David Freemantle in Australia. Splendid stuff. I also assembled and painted up a 5 inch gun on an obsolete 40pdr gun carriage from Actual Size Miniatures. The dial sight came from my bits-box. I was pleased to get this model as this gun was used in Mesopotamia. There is a photograph of such a gun mounted in the bows of a river lighter that has been converted into an improvised powered gunboat. I will now be able to think about building the powered lighter. My friend Steve, in a moment of madness, had a clear-out and as a consequence of his episode a number of 1/48 aircraft kits are now sitting in in my "to build" pile. Here is the first, a Hannover Cl IIIa. This kit caused much swearing and getting the top wing fixed in place was a nightmare. Even now it is not central! There comes a time to cut your losses, say "bugger it" and crack on. 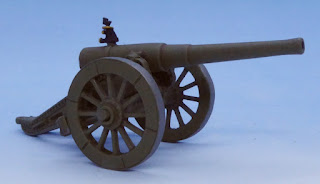 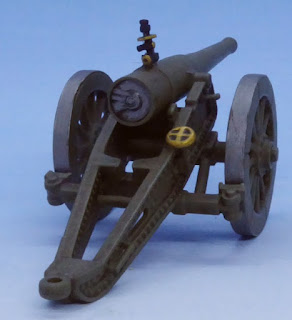 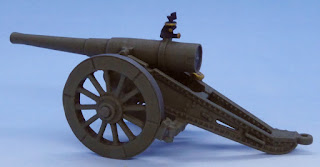 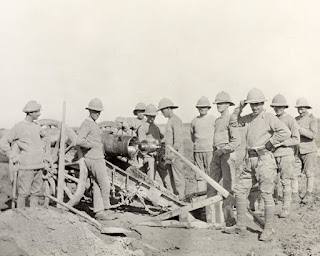 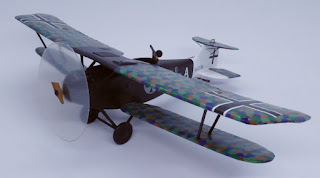 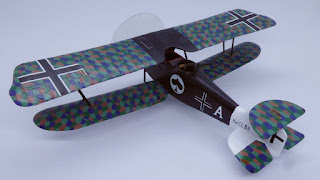 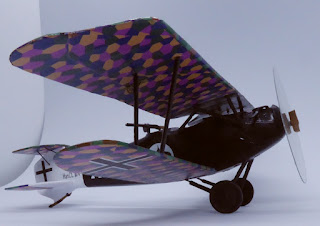 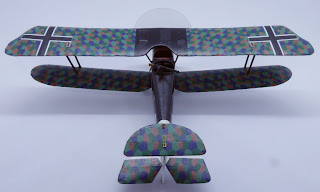 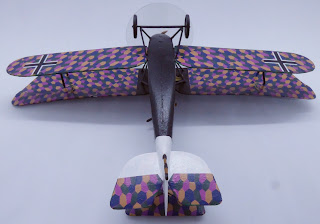 Posted by Over Open Sights at Thursday, September 01, 2022

That is a lovely aircraft!

yes i like the camo on the planes....great stuff
Glasgow Warhog

Big decals that came with the kit!