Here we have the three lancer variants for the 7th Hariana Lancers. Again, with the full dress pagri and a little greenstuff to create the 1903 pattern bandolier. 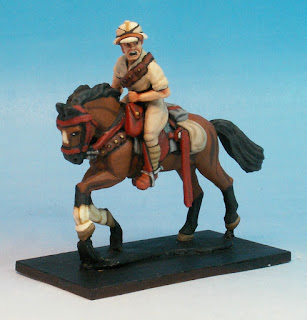 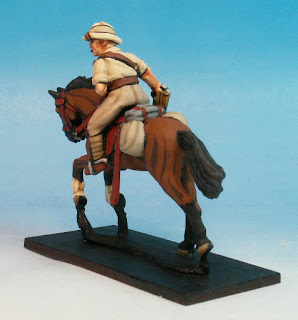 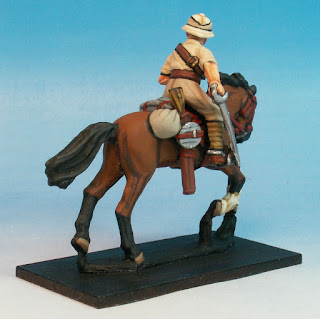 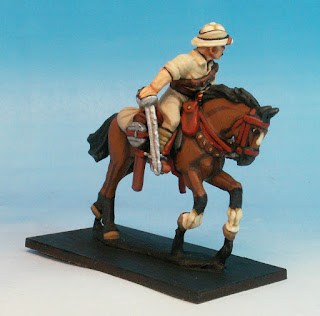 This figure is a Perry Miniatures WW2 British Yeomanry officer with some added greenstuff  to fashion the feedbags, blanket and bandolier about the horse's neck. He may be a little informal as he  is not wearing a tie. The original figure was wearing a tin hemet but this has been replaced by a Perry Miniatures Indian Pattern sun helmet. 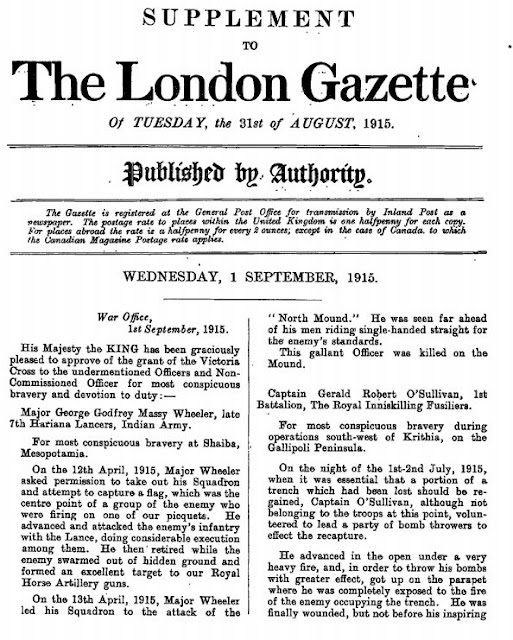 Major Massy-Wheeler VC was buried at the Basra Military Cemetery. The CWGC is currently unable to maintain this cemetery. There is fear that his headstone, and many others, may no longer be standing.

All the Major's war medals were awarded to his widow, who lived in Brighton, On her death  in 1950 she bequeathed them all to the Hove Museum.Their collection transfered to the Royal Pavilion and Museums, Brighton. They were recently rediscovered in 2014:
http://brightonmuseums.org.uk/2015/01/20/victoria-cross-discovered-at-brighton-museum-art-gallery/

The 2.75 inch Mountain Gun and crew from Brigade Games. 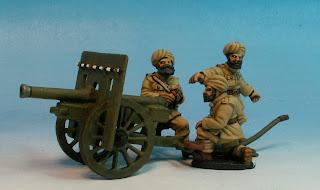 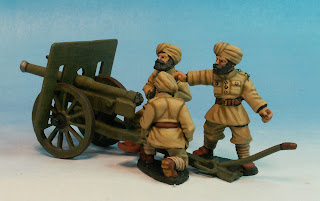 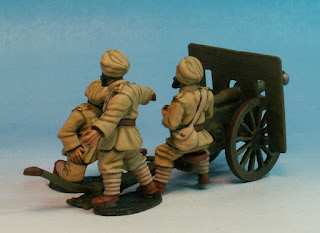 The Perry Sudan range comes in very handy for minor conversion work. Here we have the test piece of a Sowar of the 7th Hariana Lancers. Ten of these are set to ride out in Mesopotamia against the Ottoman Turks. There is a little greenstuff on the chest of this Sudan 1880s Bengal Lancer to give the suggestion of the 1903 Bandolier. The paint scheme is a generic Indian khaki but the pagri is painted up as the full dress example, just to give a khaki subject a little colour. Purists may moan, but I don't, nor does the chap who asked me to paint them! The horses for these ten lancers will be painted elsewhere. 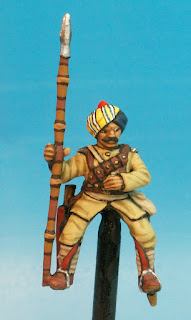 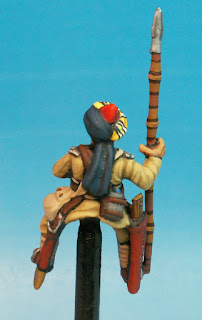 My first chance to paint up some of these WW1 Indian Army figures from Woodbine Designs without hacking them about to convert them to dismounted Indian Cavalry types. 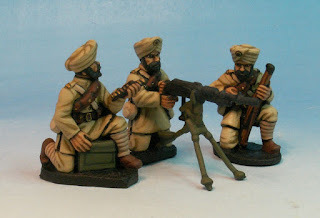 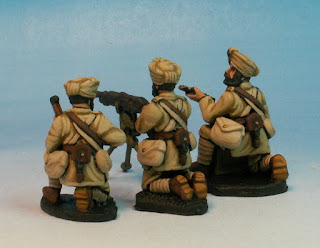 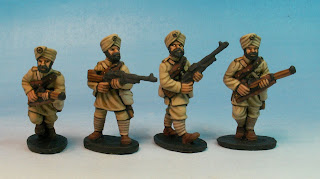 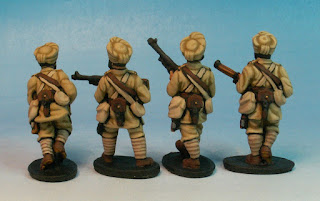 A selction of figures from the Indian Army section pack IND015.