It is almost time to lay down the brushes for the enforced June/early July break from painting. The madness of theSummer Term begins next week and experience tells me just to have a break and forget going anywhere near the painting table. So, having rounded off some commission work I took the opportunity to paint up the first five dismounted figures of the Dorset Yeomanry. These began life as Musketeer Miniatures Dismounted BUF/Yeomanry and one of them was a IWI Black and Tan Auxilliary.

What next after the enforced break? Well, some more Perry WW2 Western Desert Italians augmented by some Paul Hicks sculpted 1930s Italians from Empress Miniatures, a few simple conversions of some Copplestone Russian Partizans to create the "Glasgow Soviet", the lastest Mutton Chop releases (twice) and the rest of the QODY. That'll do for a while.

I love you all!

Humble, humble…… one has been nominated for a 2014 Liebster Award. Many thanks to Burkhard of dhcwargamesblog.wordpress.com for the nomination. This time round the idea is to nominate blogs with between 100 to 200 followers to “discover new blogs” as the strap-line says. 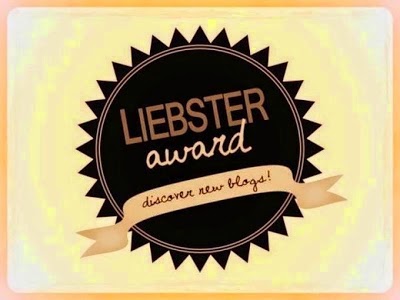 As well as giving acknowledgement to the nice person making the nomination (“Thanks” again, Burkhard) one is supposed to answer a few  “personal” questions to give people and idea about the real person behind the blog.
1. Why did you start blogging?
Actually, because I was told to do so back in 2008 by Henry Hyde. I’d sent him some pictures of painted stuff and he suggested it. The blog also then acted as a portal for painting for other people. It seems to do the trick as I have no time these days to paint for myself. I’m not complaining, mind you!

2. If you could change one thing about the wargaming hobby, what would it be?
Well. I don’t game so can’t answer this. I just daub the paint about a bit. Something I did as a kid and rediscovered in my mid fourties.
3. What is best in life?
Peace and normality for all the family. Every now and again life throws storms for you to navigate through. As a family we are just sailing out of some bad weather as Mum recovers from some major surgery.  Walking the dog is up there too. 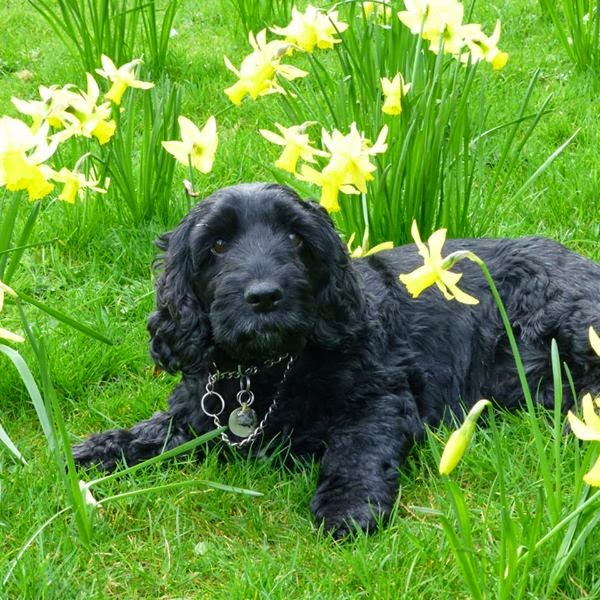 4. Do you want to live forever?
No. I have said “goodbye” to a few people I have loved over the past five years. The idea of seeing all of them go and leaving me behind fills me with horror. I would want to be with them again when my time came. 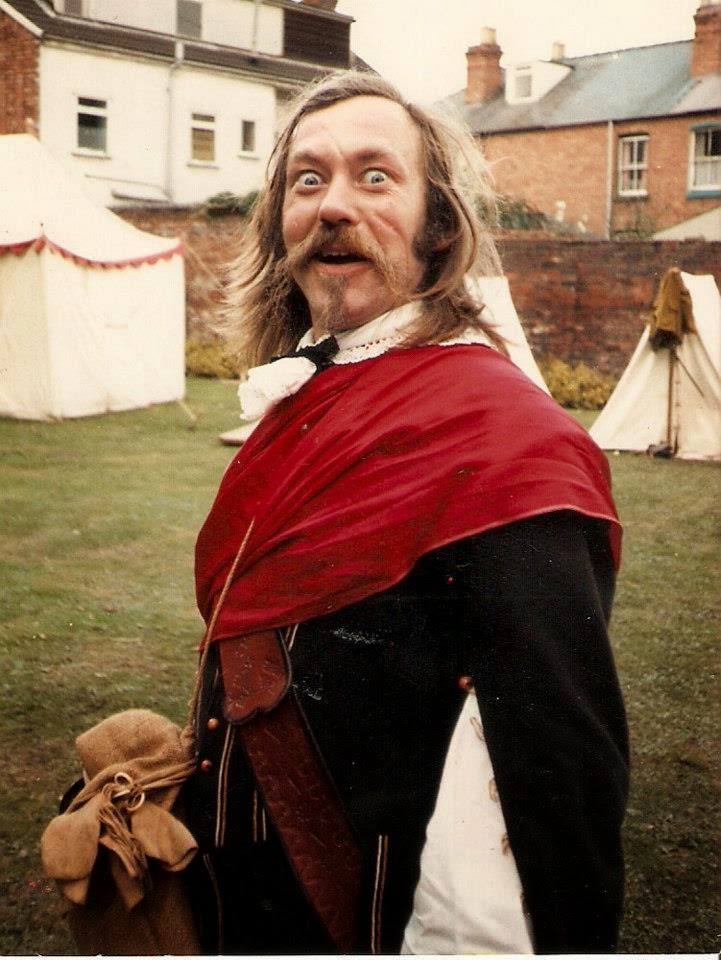 Living forever would mean that I would never get the chance to be with my friend Howard again. One day, I will sit with him in the celestial pub. He will drink Pernod and I will drink Kronenburg 1664. We will laugh together again.
5. Fame or fortune?
Neither. Good health, blissful obscurity and enough money in my pocket for a pint is enough for me.

6. What miniatures are you most proud of having painted?
Well, the smart answer should be “the last ones”. The thing is, sometimes, when you paint for other people, you do a few miniatures that you don’t really like and would not ordinarily paint without the lure of filthy lucre. “Think of the money” is the motivation sometimes, but thankfully, infrequently. I’ve put pictures of a few of the miniatures that I am proud of painting. These are either in my own collection or are in the collections of clients. 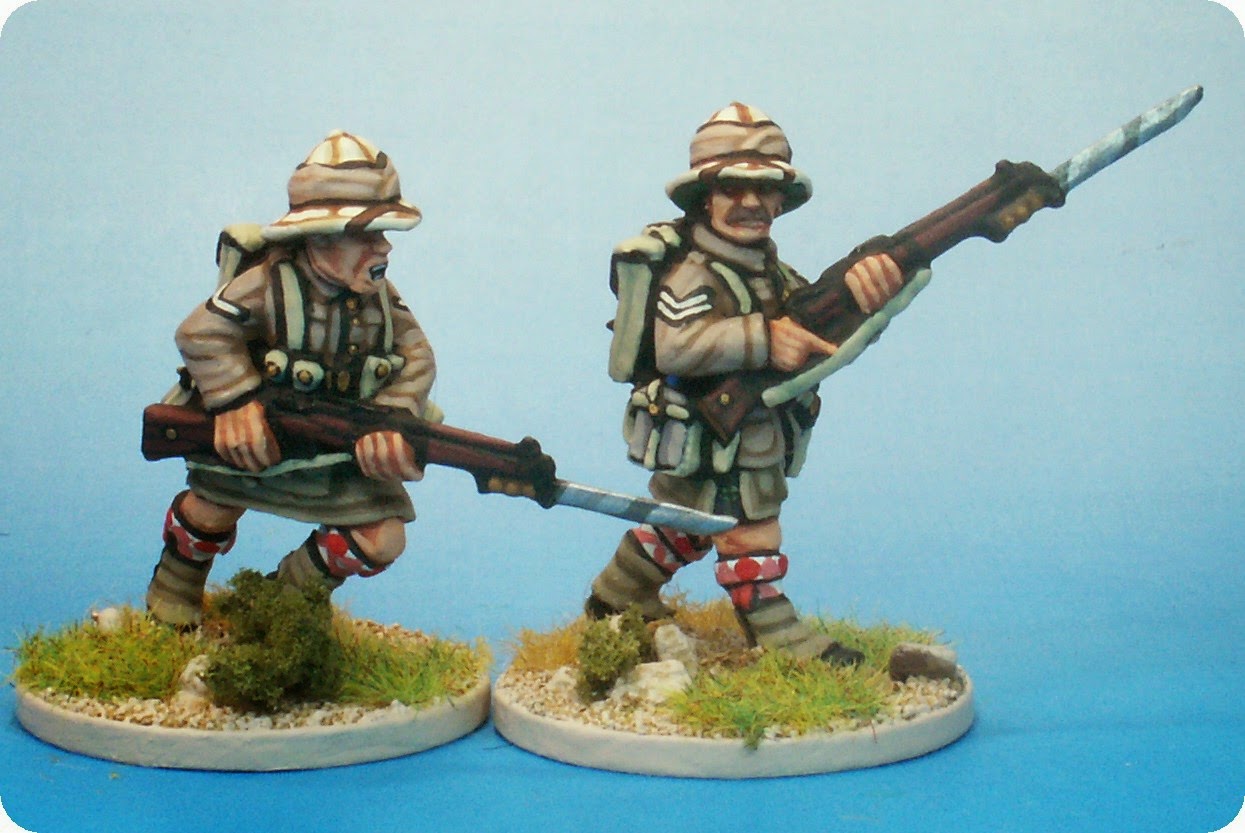 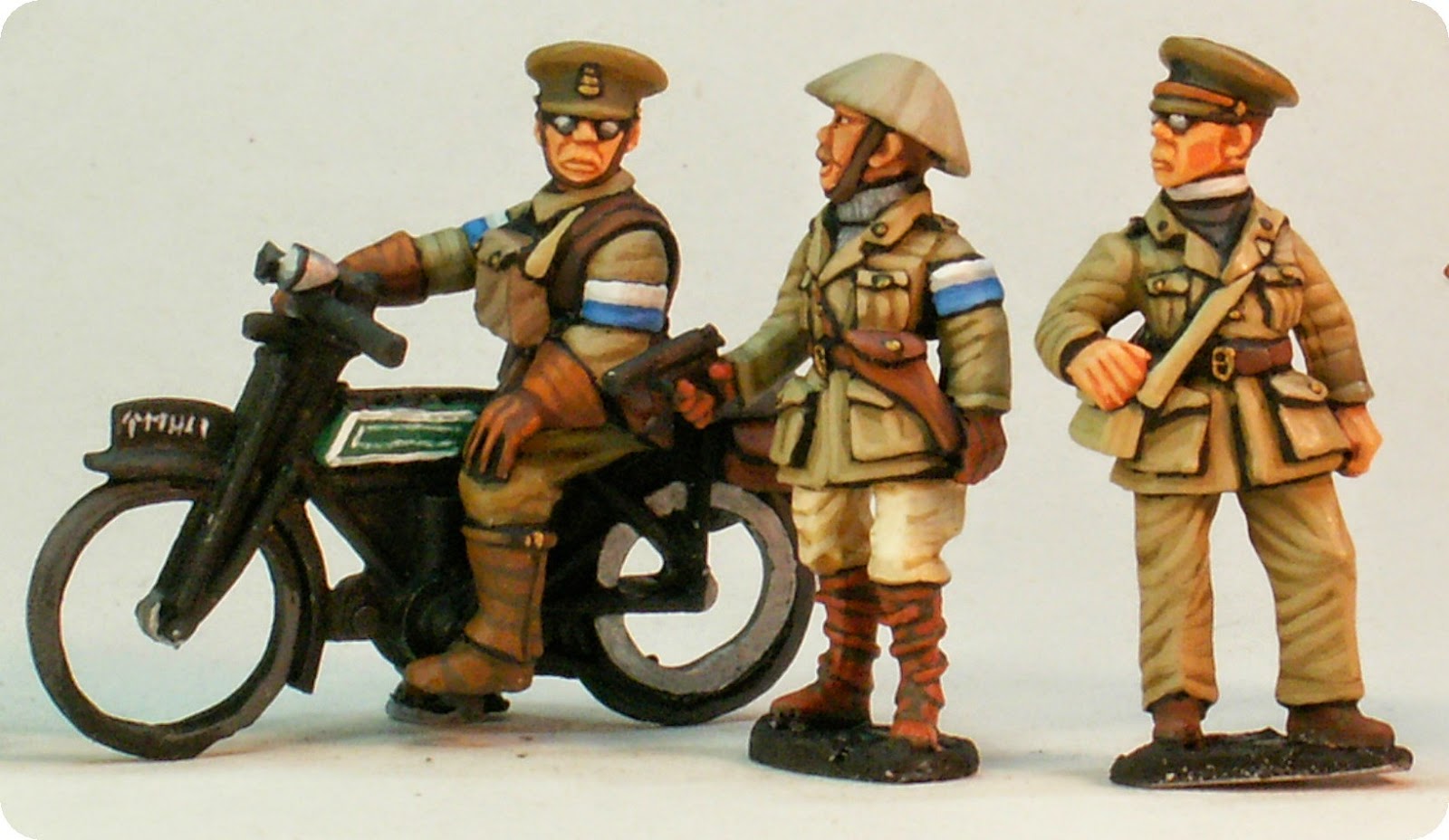 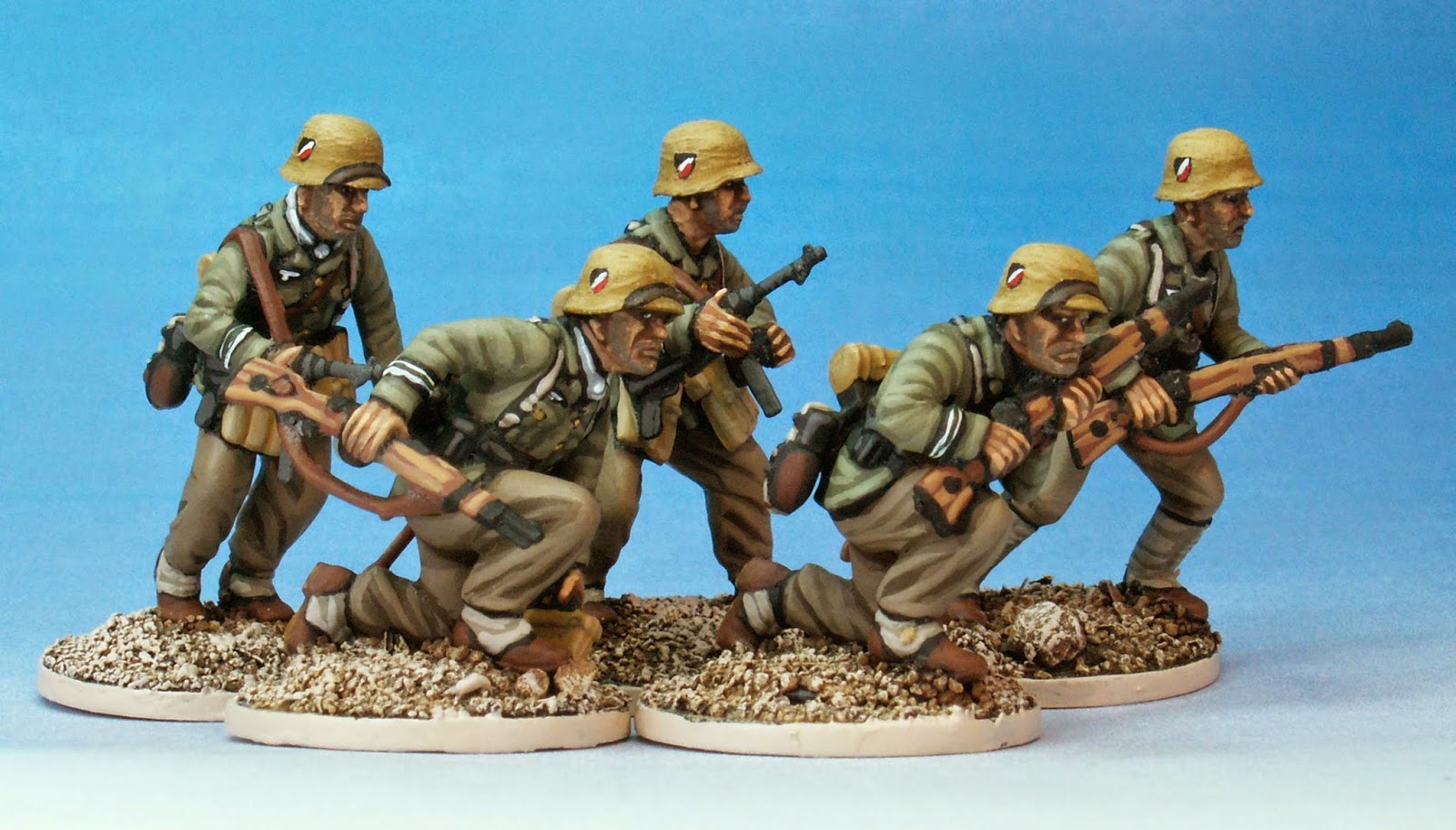 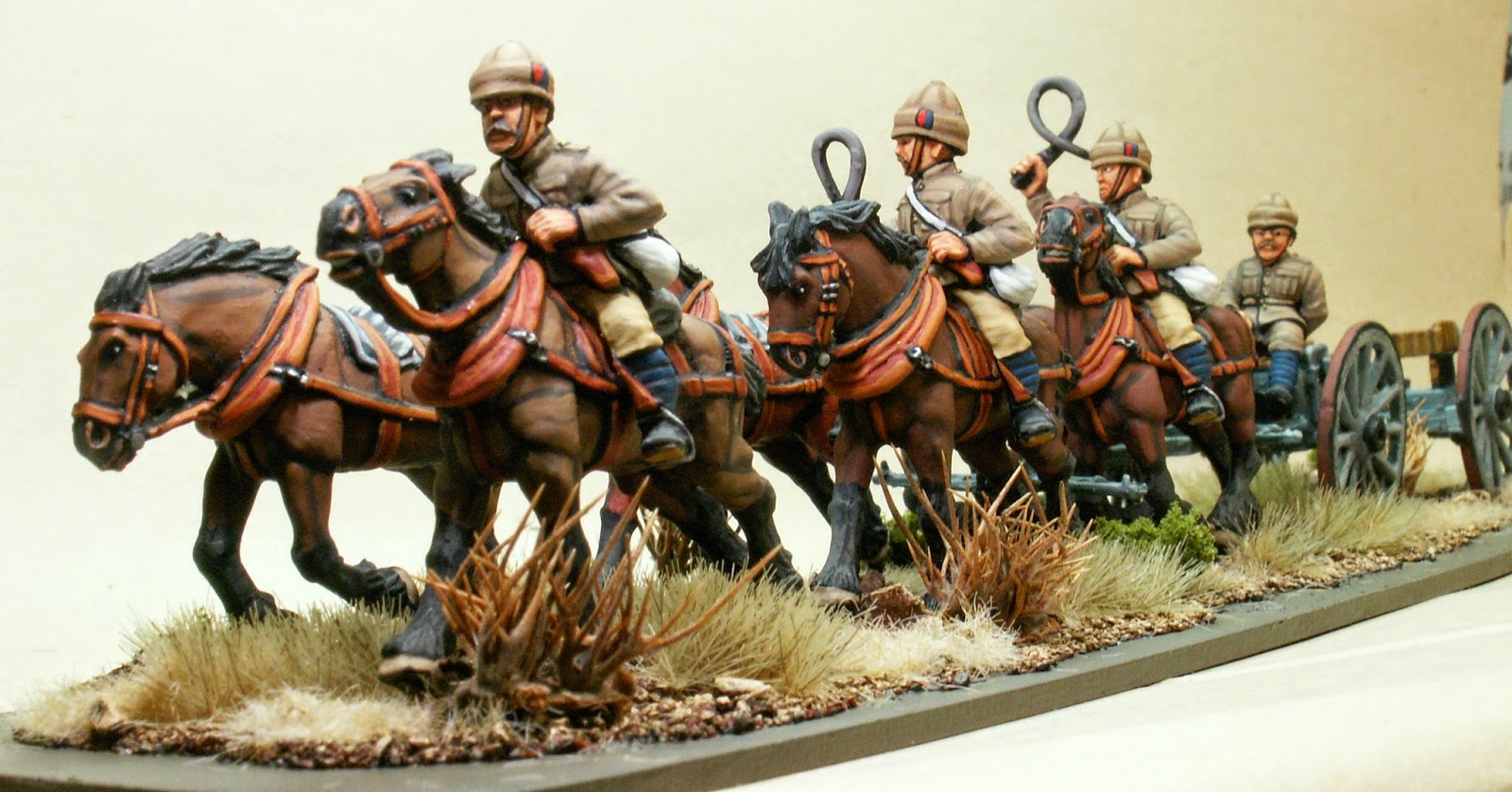 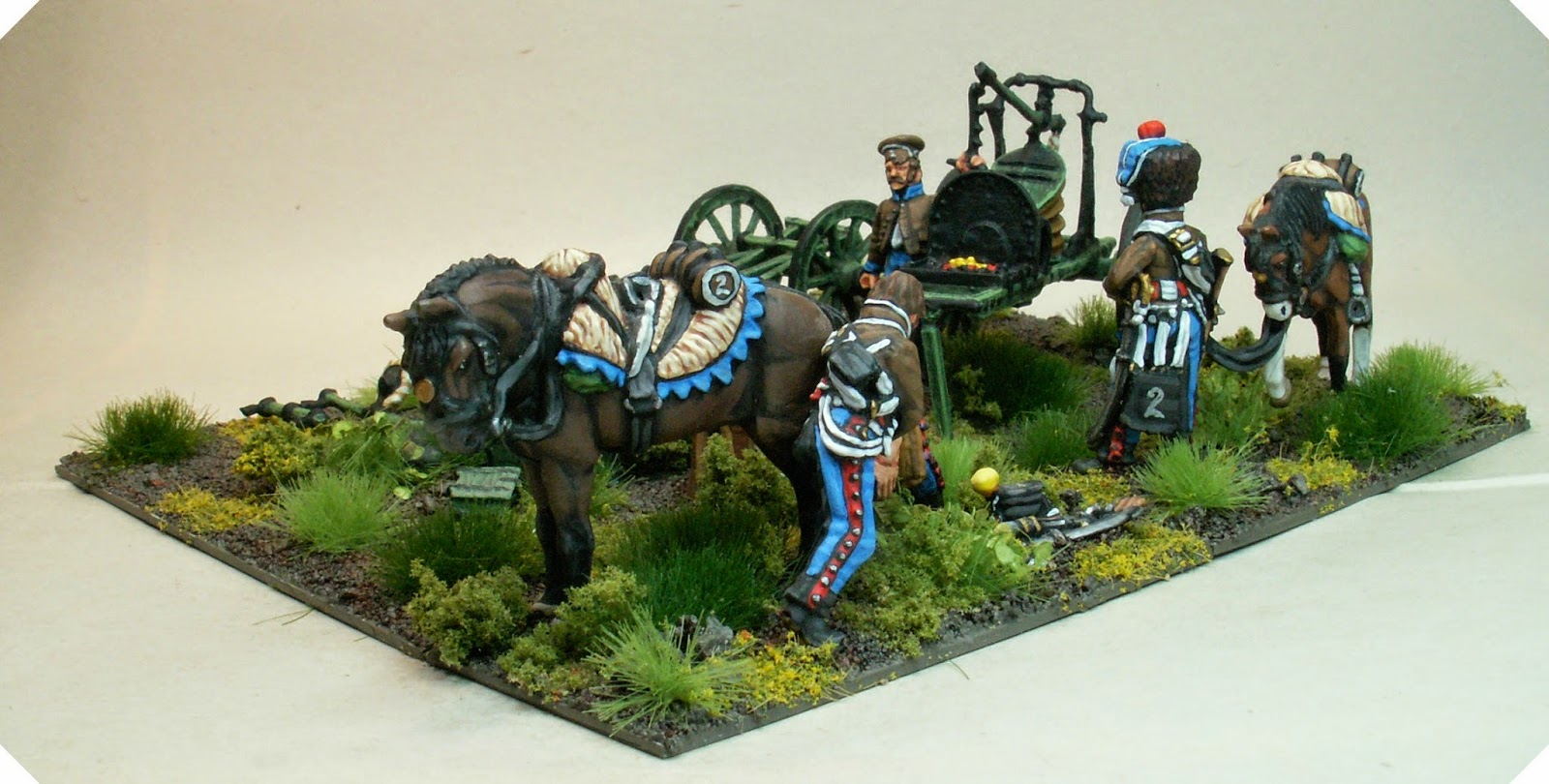 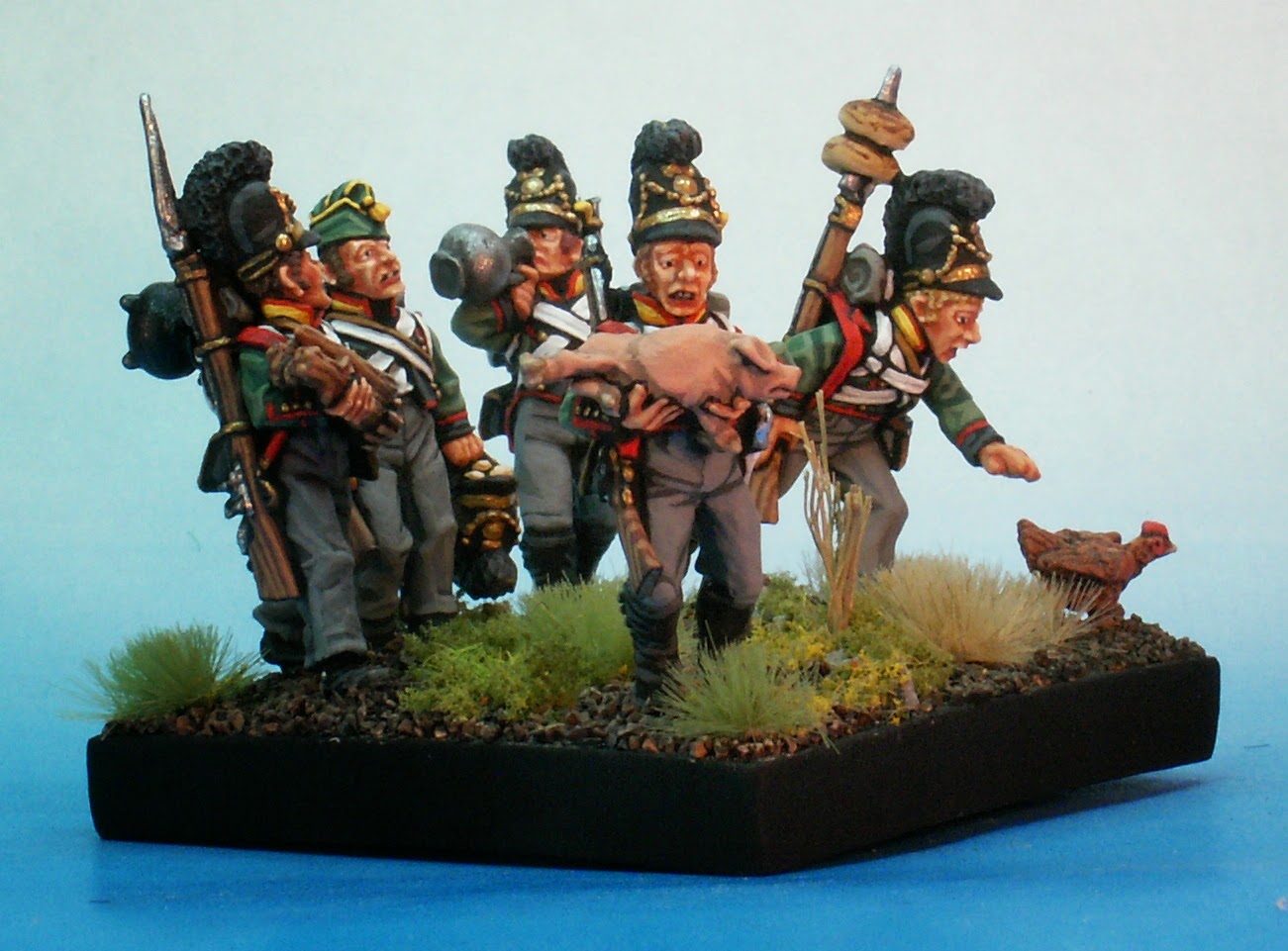 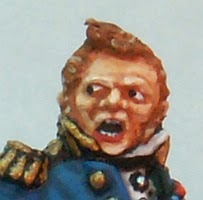 7. How do you deal with burnout?
Every year I take June off…. Work just gets stupid at time of year so I stop. When the summer hols start up, then I pick up the brushes again. Indeed, once the latest three figures on the table are done then that’s it until July! Enforced time off keeps me happy. At other times I just stop and give myself a few days off.
8. Why is a raven like a writing desk?
Riddles are stupid!
8. (Alternative) Is figure painting a chore or pleasure?
Pleasure. It is quiet. I am on my own. I teach for a living and someone once told me that a teacher has some sort of interaction with someone different every seven seconds of the working day. After that, I need solitude. This is why I paint. It is therapy.
9. Star Wars or Star Trek?
Trek. Star Wars I, II and III were just rubbish. The recent re-imagining of Trek has breathed new life into the concept.

10. If you could only buy from one miniature company from now on, which one would it be?
Perry Miniatures. Plenty there to keep me happy, but I would stockpile a huge collection of Paul Hicks sculpts first and ration myself from then on.
11. What is your favourite takeaway?
Fish and chips on the beach in Tenby, every June with the kids from Year 8.

11. (Alternative) Could you limit your gaming and collecting to one period and one size? If so, what?
28mm. Eyes are failing. Would love to do 15mm but I’m just too old for that now. I shall never be able to paint AB Miniatures Napoleonics. Woe. Period… couldn’t limit myself. I have my favourites and those that follow the blog will know what they are but, one of the positives of painting for other people is that sometimes they ask you to do things that are different. This is good.
And here are my nominees in no particular order.
http://christopher-bunkerhill.blogspot.co.uk/  Axebreaker’s blog. Good stuff. Visit.
http://onemanhisbrushes.blogspot.co.uk/  Dave Docherty’s blog. Nice Soodan stuff here.
http://vintagewargaming.blogspot.co.uk/  This site is a gem, particularly for those of us of a certain age.
http://thewargamestable.blogspot.co.uk/  Matt has a soft spot for the Great War too, but his blog is more than that.
http://je-lay-emprins.blogspot.co.uk/  Painterman’s site. I’m not a medievalist but I love his work.


There are a couple of other blogs I could list but they have been nominated already!
Posted by Over Open Sights at Tuesday, May 27, 2014 7 comments:

The usual May madness at work has kicked in. Time to paint becomes less and less until the end of examinations, reports, endless parents evenings and a week in a tent in Pembrokeshire. Come July it all ends and normaility will be restored. I managed to get another eight Hungarian Bolshevik Internationalists complete. There are five more to do but these are repeat figures from those already pictured in previous posts so here is the last installment in this rather interesting project. 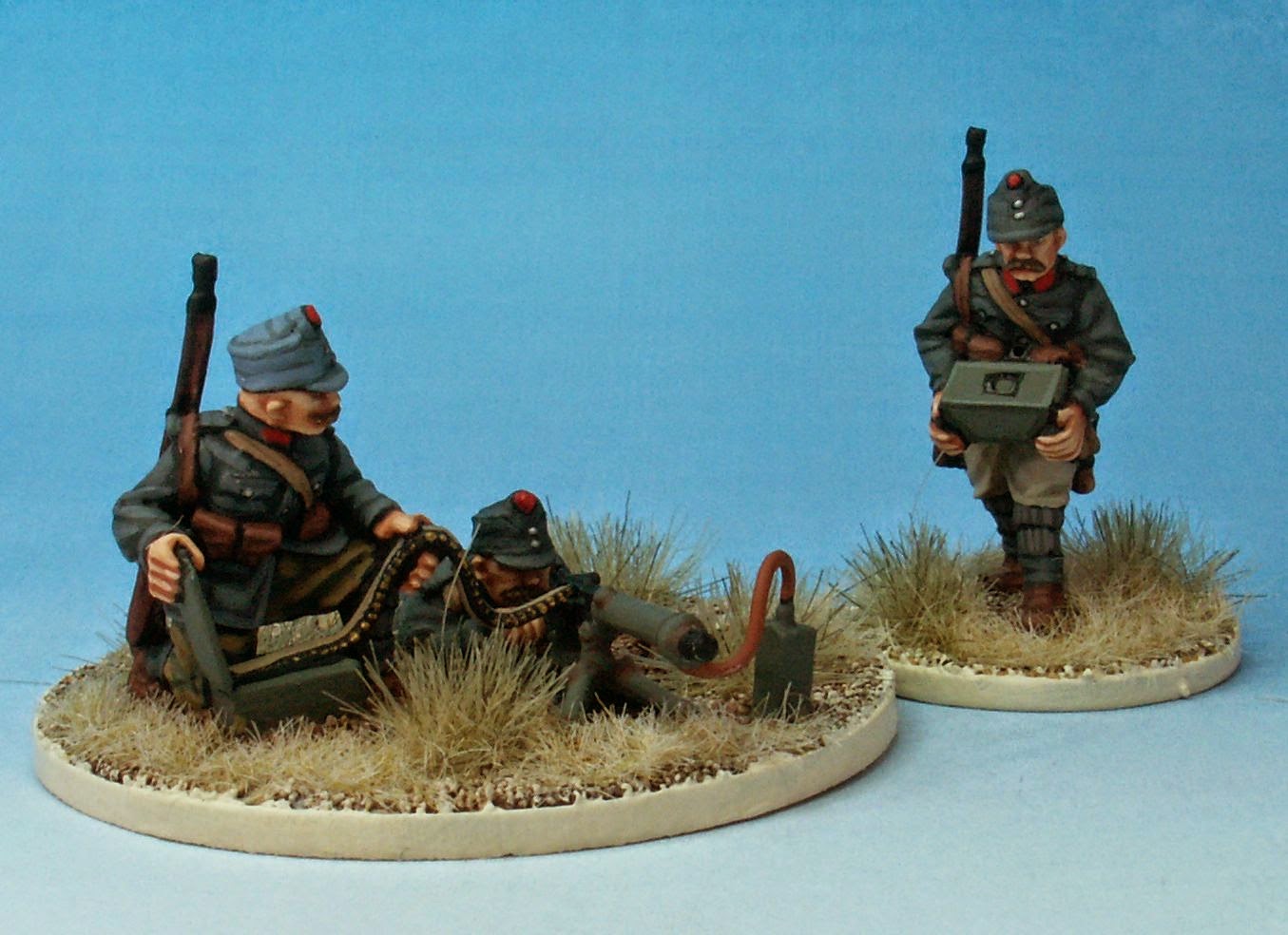 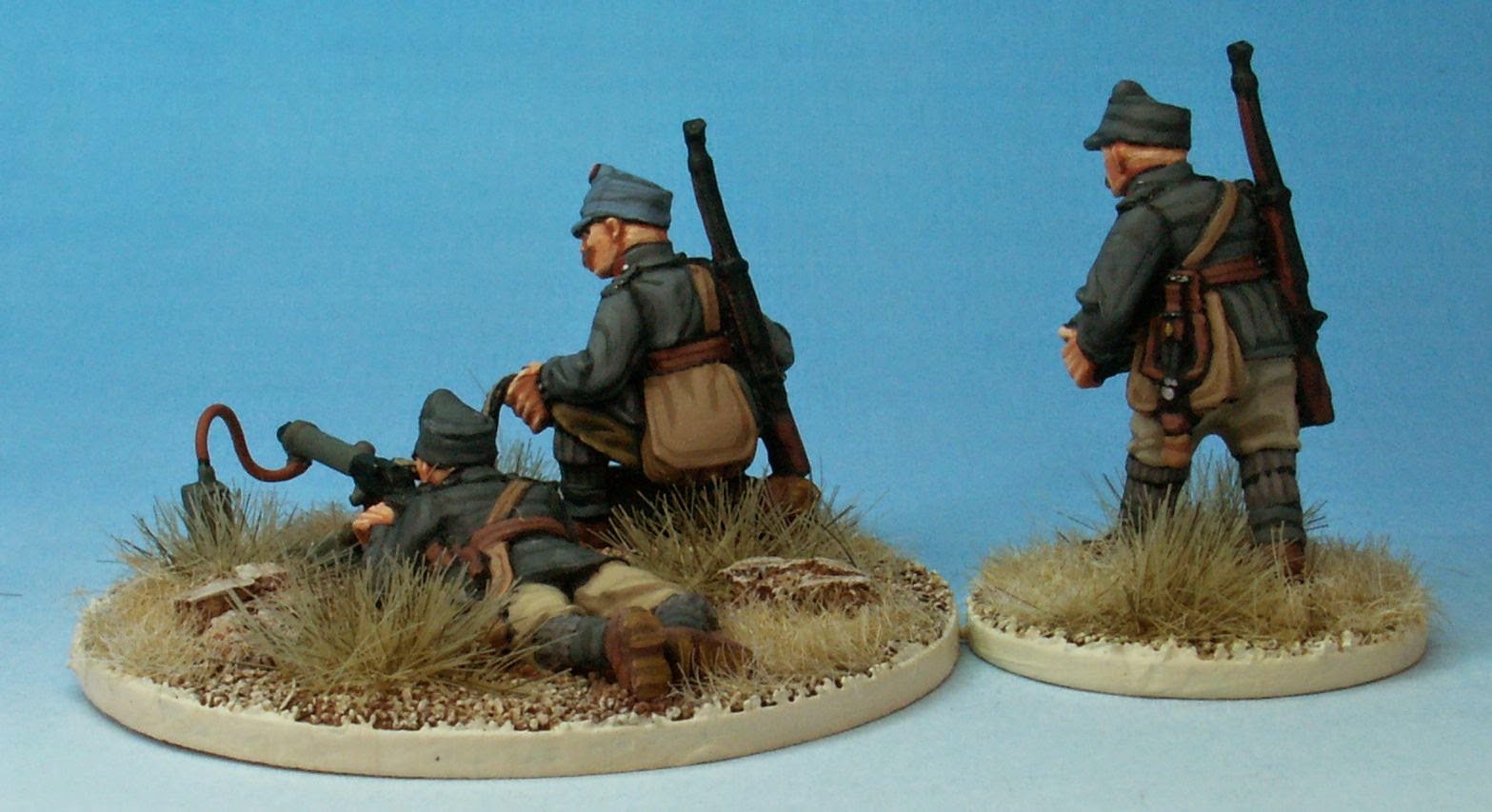 There just isn't enough artillery on this blog! 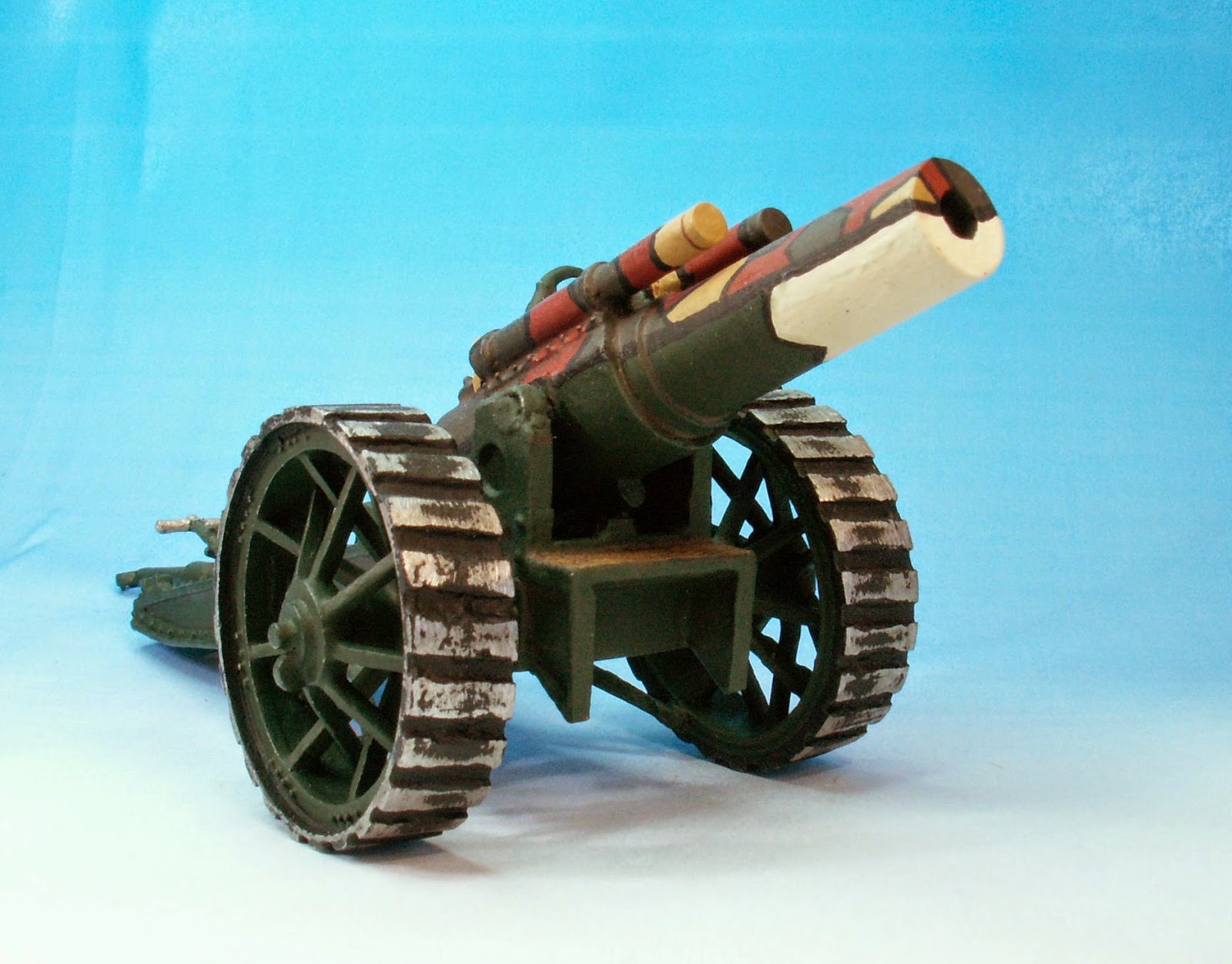 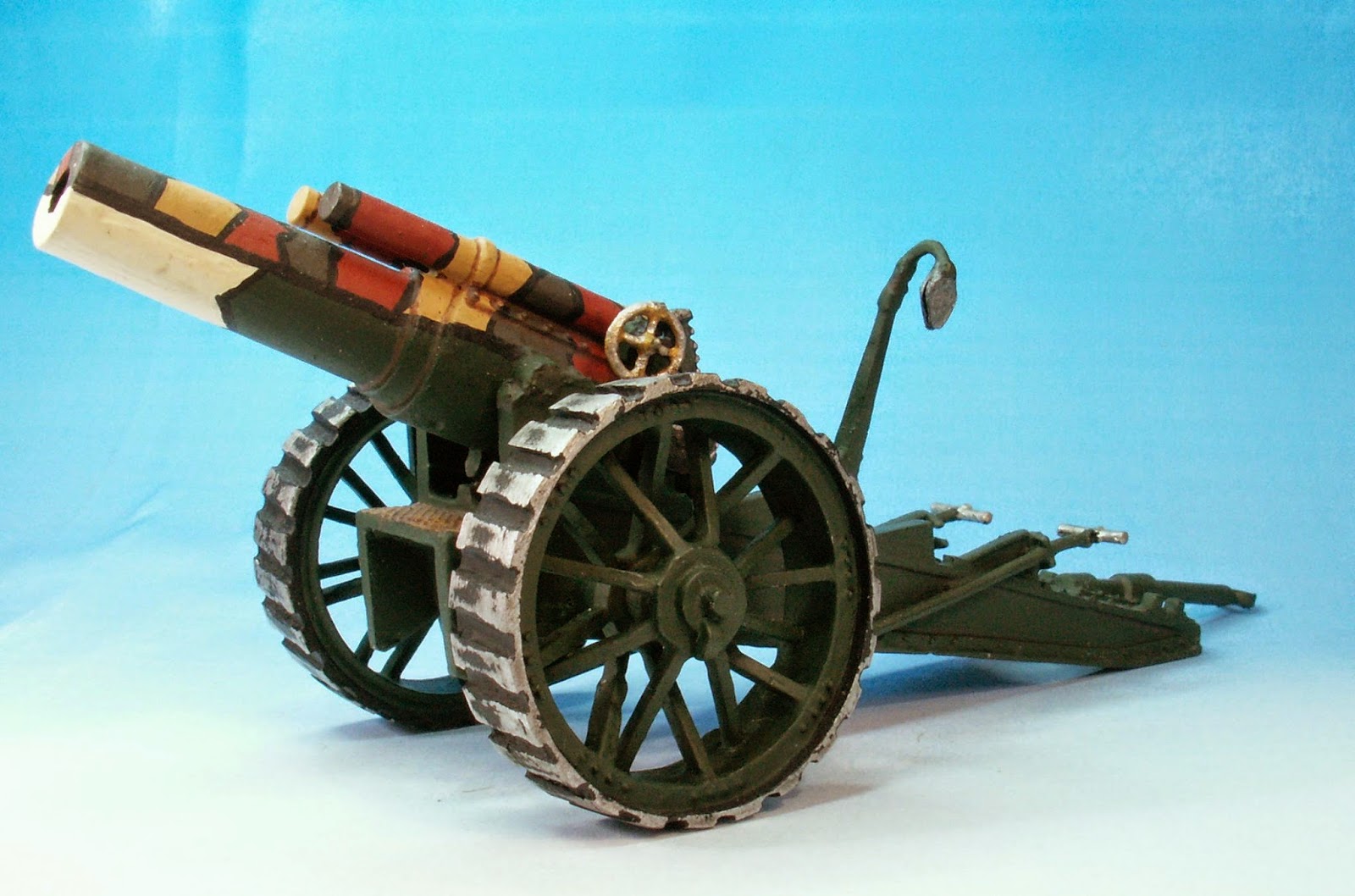 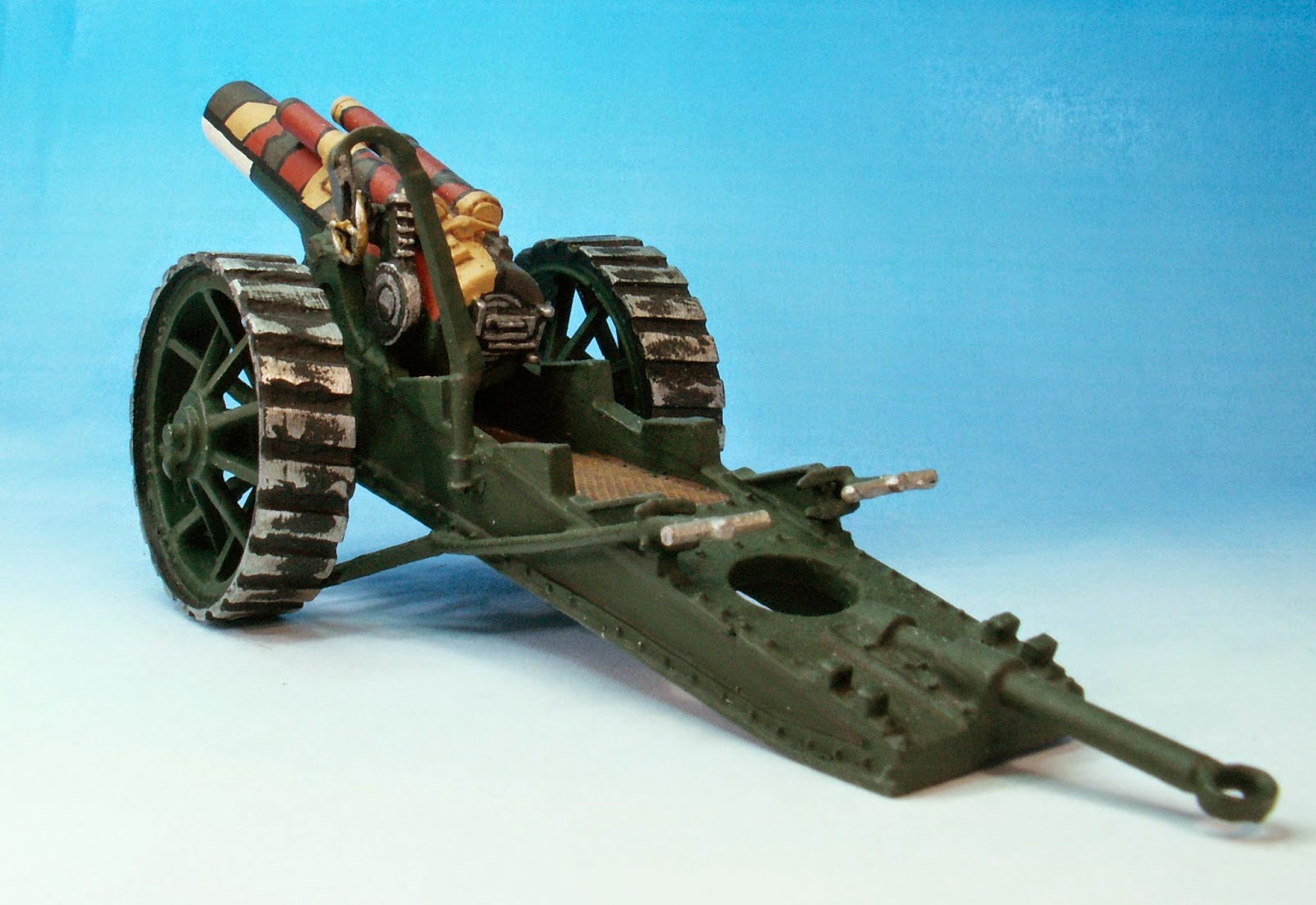 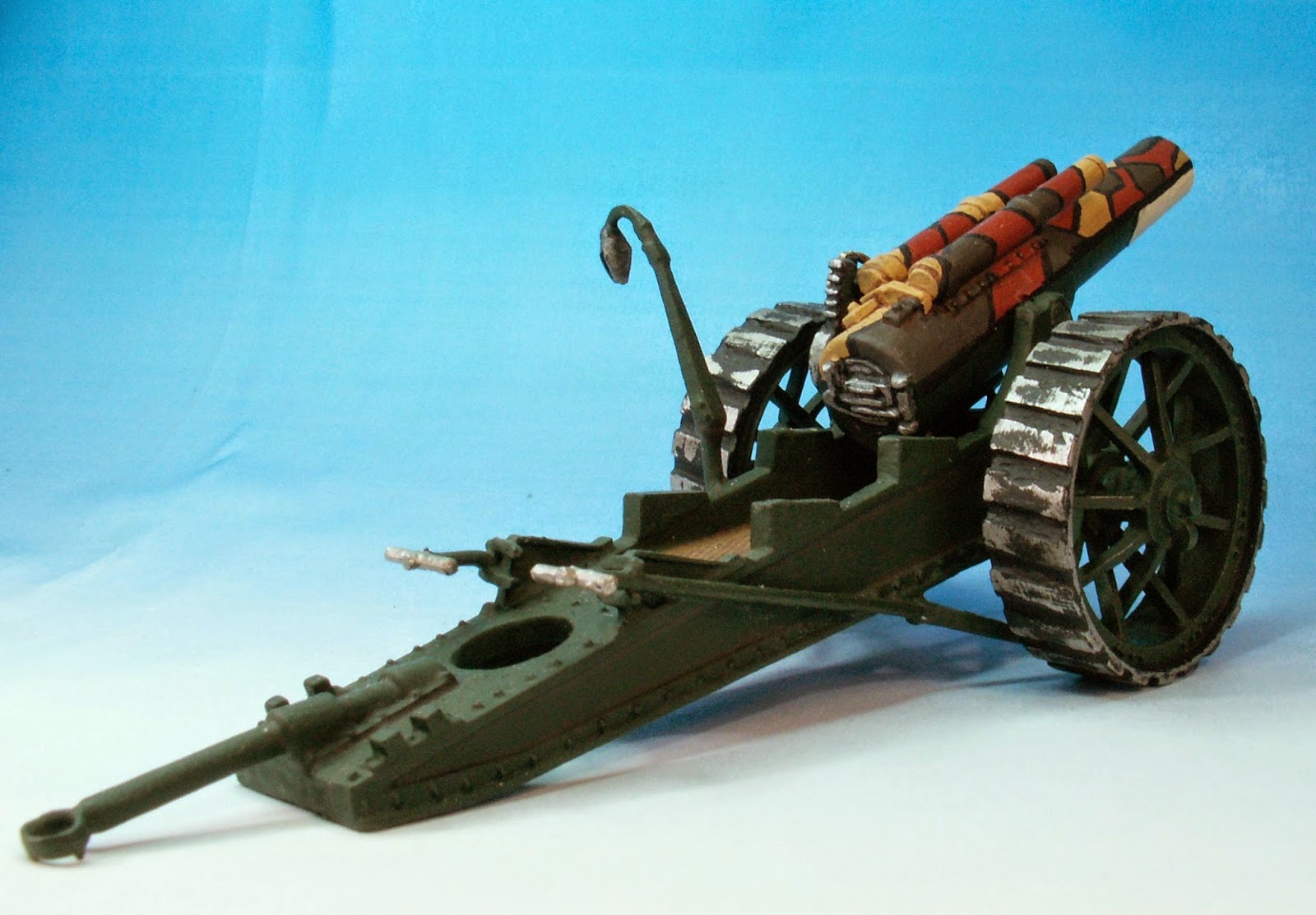 A completed unit of ten Brigade Games WW1 Austro-Hungarian infantry painted up as PoWs fighting in the Bolshevik cause. There are another thirteen of these, including a LMG team. There are plenty of figure variations as well so another post on these will be on the way.