Time for a new direction.  This is the first time that I have painted up any Minden Miniatures SYW figures. They are a delight to work with. Here we have some Prussian figures in Swedish cuffs masquerading as the 1st Battalion of the Infantry Regiment Osten of the Palatine Auxiliary Corps (Phaltzische Subsidienkorps) hired by France to fight in Germany. More of such will follow. I can only hope that they are good enough to serve alongside Steve's French Minden Miniatures SYW figures that have been painted up by someone known only as "The Dentist". Flags come via some computer trickery and printing out of the regimental colours as illustrated in the SPLENDID plates produced by Frédéric Aubert and available via his SYWBS: Seven Years War Battle System FB page: https://www.facebook.com/groups/343028327548164/ 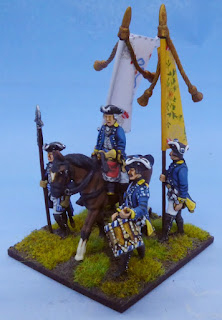 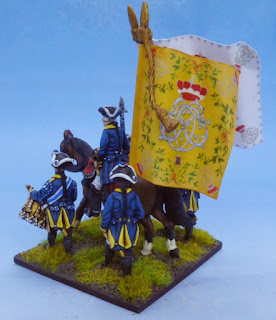 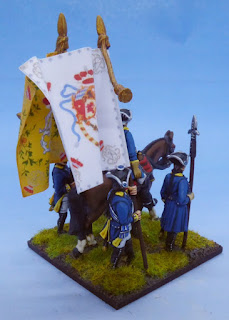 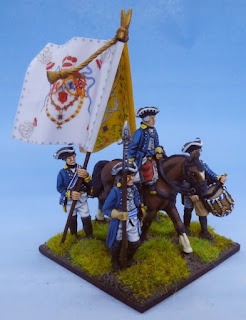 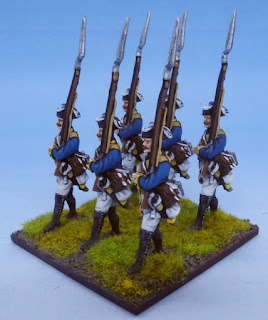 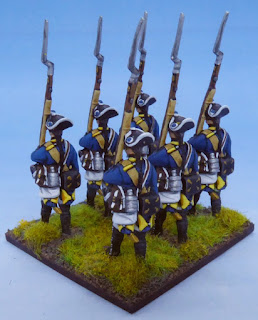 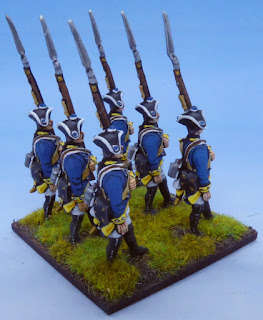 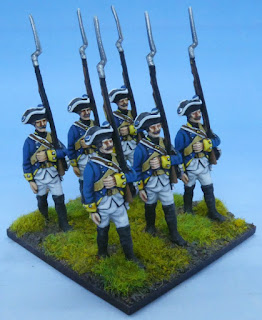 Posted by Over Open Sights at Wednesday, November 23, 2022 7 comments:

The mojo slowly returns. A number of figures from the Gringo's 40 28mm Vietnam range. Lots of black. There are few more of these to come. 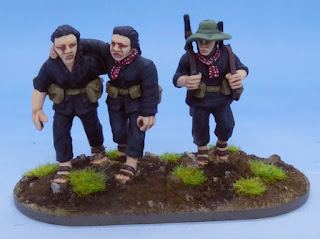 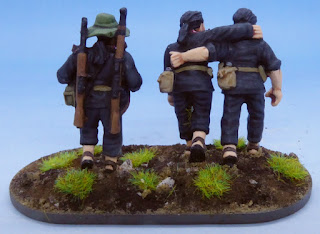