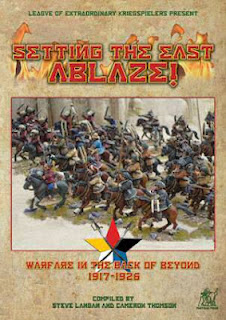 My chum, Steve Langan, co-author of the ruleset "Setting the East Ablaze" and member of the League of Extraordinary Kriegspielers, was very kind enough to send me copy of these rules that were published in April this year.

I painted up some figures for Steve this year (the GWM Scots-Woodbine headed hybrids featured in earlier posts). I also painted up quite a number of Turks and Tommies for the Beast of Bukhara, another Extraordinary Kreigspieler. A handful of images of these are included in the ruleset. I'll not be so churlish as to point out where you can find them as the painted miniatures must be the work of many different brushes. No one is credited directly so why should I shout loudly ....but I am very fond of the image on  page 13 (Tommies in trenches).

Perry Miniatures Sudan Camel Corps figures with Woodbine heads to create a representation of the Imperial Camel Corps that served as part of the Egyptian Expeditionary Force in the Great War. The purists among us may wince to see the older 1880s equipment, but I've seen photographs of this still being worn so I can live with this. Stirrups on camels on the other hand....
Well, as gaming pieces they pass muster on my opinion. 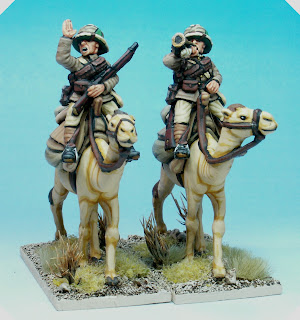 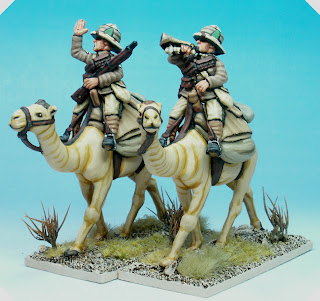 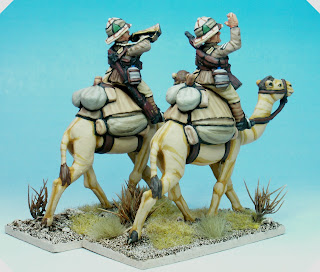 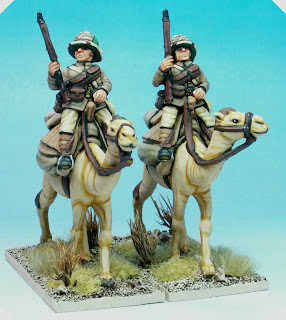 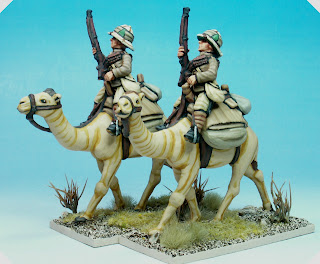 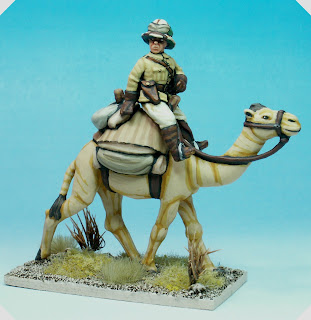 The Results of Collaboration

My chum, The  Beast of Bukhara, sent me these images today of what could be described as a "joint project". 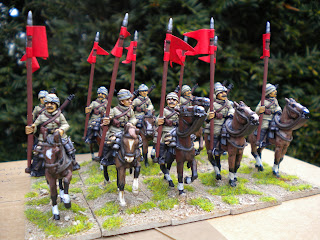 Turkish Lancers (Great War Miniatures with Woodbine heads). I painted the riders and a couple of horses and the Beast painted the remainder, added the pennants and did the basing. Nice work. 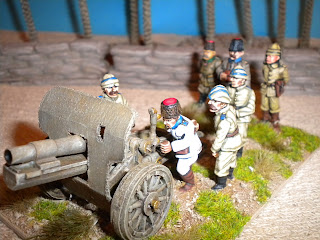 After a shock defeat on the tabletop earlier in the Spring, the Beast decided he needed some heavy artillery. Beast has converted the gun and most figures here are Perry Miniatures Sudan Egyptian gunners with Woodbine Turkish heads,  Brigade Games and Copplestone officer figures and the Woodbine Turkish artillery spotter set . The chap in the tropical helmet represents an Austrian "Specialist" (a Perry Sudan head on a Brigade Games figure). Gun painted by the Beast who also did the basing and the Officer in the centre. The gunners and the other two officers are from my brush. 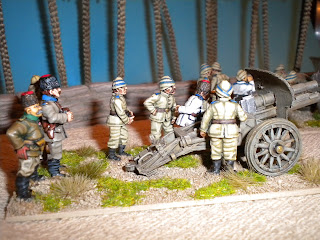 Another image of the same 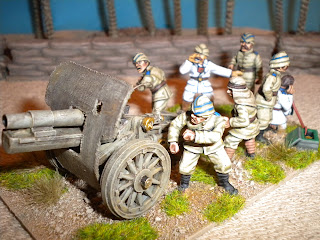 The other 150mm gun.
Gun and basing by The Beast. Gunners by self. 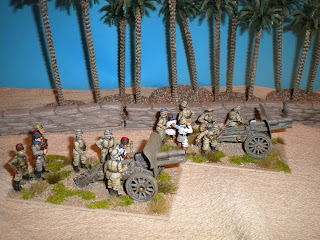 Like it! Big thanks to The Beast of Bukhara (a.k.a Adrian Shepherd, member of the League of Extraordinary Kriegspielers) for the photographs and his permission to post them here.

Great to put up a new post. Painting has been interrupted lately... but I can promise you all some Camels very soon.
Posted by Over Open Sights at Thursday, May 10, 2012 5 comments: