I started painting this chap when I realised that the milestone of 100,000 pageviews was lurking on the horizon. I intended to post him to mark this event. Unfortunately, the hits moved faster than my painting and the number clocked up before this miniature was finished.

In August 1914, Lord Kitchener called for 100,000 volunteers to swell the ranks of the British army at the start of the Great War. He got more than initially asked for.

This figure from Great War Miniatures is great because it is one of the very few that show Tommy as he would have looked when Kitchener's "New Armies" first took the field in late 1915 and 1916.... P1914 leather equipment and the PH gas hood.

He is painted up as a private of the 6th (Service) Bn, Oxfordshire and Buckinghamshire Light Infantry. His helmet bears the badge of 20th (Light) Division and the black Brigade patches of 60th Bde. can be seen on the arms of the greatcoat. The other five figures in this lovely pack from GWM are prepped and ready to go, but I am about to enter the painting void that is June where real life work takes over and the brushes get a rest for a while, so I have no idea when the blog will see the other five complete. Enjoy this one for the time being. 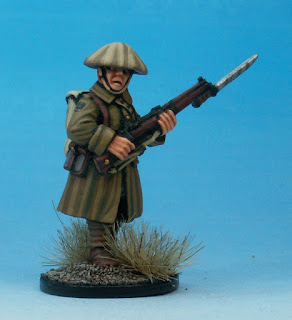 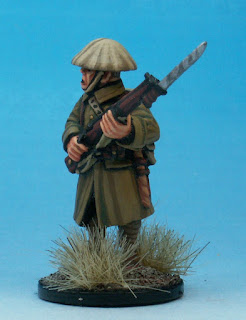 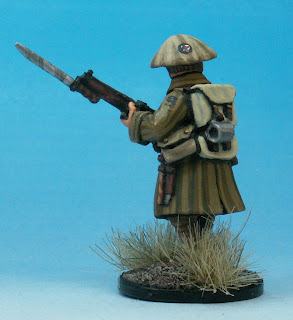 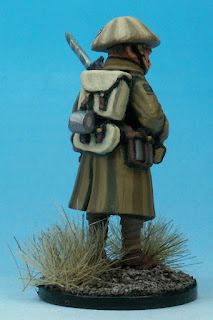 There will be doughnuts! 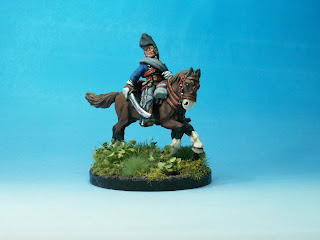 Have you ever painted a figure that has fought against you every step of the way? Well, this one did. A great sculpt and love the bicorn being worn rather than the tarleton helmet. I was really looking forward to painting this. 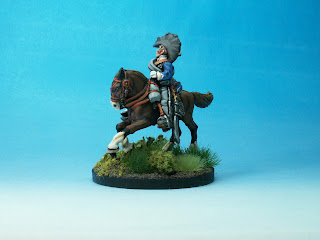 To prevent handling,  I fix figures to corks with blutak when I paint. It fell off at least twice resulting in bent bits, scratches and fluff stuck to wet paint.. It was fiddly and I just couldn't get the freehand on the sabretache... three times I tried... lost patience. Gave up in the end. 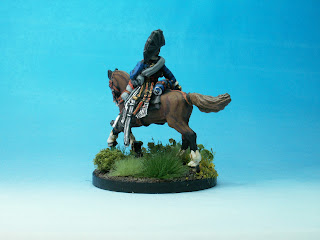 The varnish didn't dry properly leaving bubbles and that white residue in the creases, folds and recesses. I just couldn't remove it. You can see it on the photo. 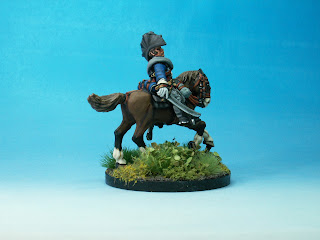 Finally, as I removed the figure from the cork, the horse's tail broke off! I gave up in the end. Sometimes it is best just acknowledege that things were never meant to be and move on.
Posted by Over Open Sights at Monday, May 20, 2013 3 comments:

When Light Dragoons looked like British light Cavalry, before they began to ape their French counterparts with plastron fronted coatees and shakos! Just some fun that has been lurking in the lead pile for some time.
Painted up as 11th Light Dragoons. Some liberties taken with the uniform.... the turban on the helmet should, by this date, be black rather than in the facing colour. It adds, however, some lightness to the overall appearance. I have an officer on the table as I type. 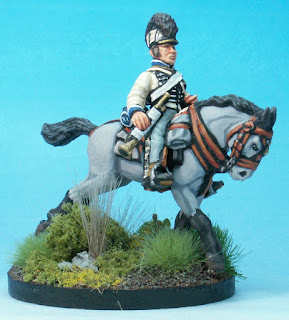 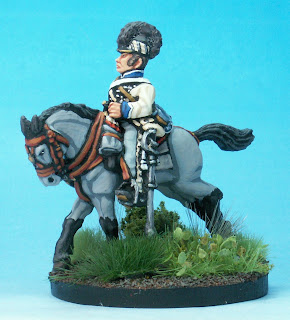 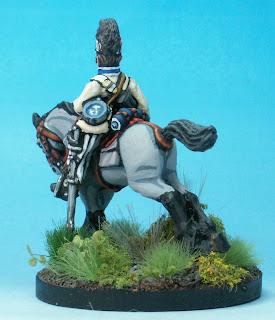 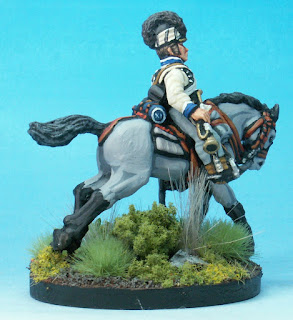 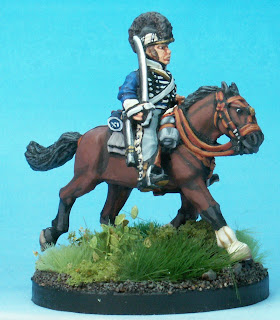 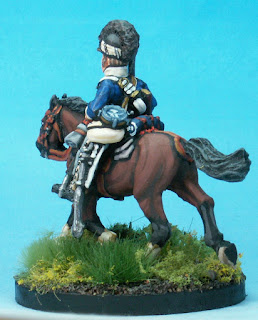 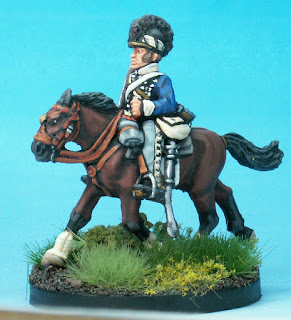 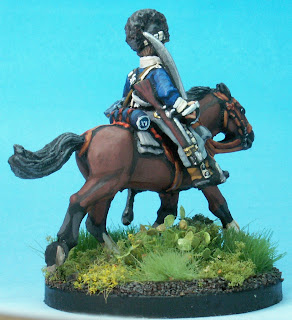