It is with great sadness that I learned today of the death of my friend Adrian Shepherd. Many of the projects on this blog have Adrian's stamp upon them. Were it not for Adrian's inspiration, imagination and badgering, half of the fun things I have undertaken over the past ten years would never have happened. I shall miss him greatly. 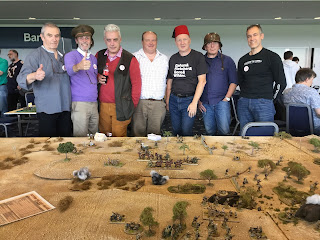 Adrian (centre, in the white shirt) at our Second Battle of Gaza game at Newbury in 2017.

I spoke to Adrian on the telephone a few days before he left us. In that conversation he described to me what turned out to be his last painting instruction. I told him I would begin work on it over the weekend. I finished it at midnight last night and photographed it just minutes before receiving news of his passing.

Thanks, Adrian, for all the fun, the mystery parcels on the doorstep and the reinroduction to the world of tabletop mayhem. 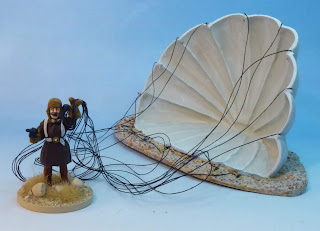 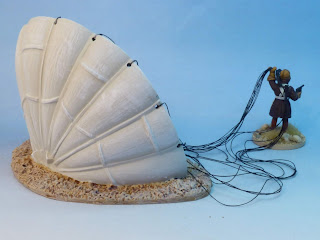 The 88mm Krupp K73 (produced by Victorious Miniatures in their 28mm Boxer Rebellion range) being crewed by figures from Woodbine Designs and Perry Mniatures. The Perry figures are Egyptian gunners from their 28mm Sudan range with headswaps. Guns like this, captured from the Turks, can be seen in the film "The Occupation of Es Salt" in the Imperial War Musuem online collection. I attach a screenshot from that film. 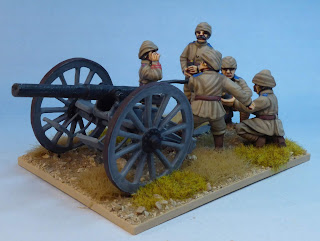 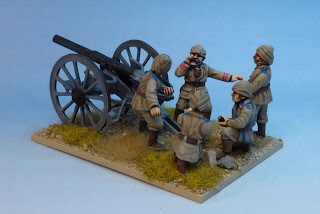 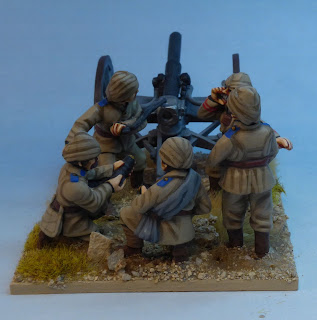 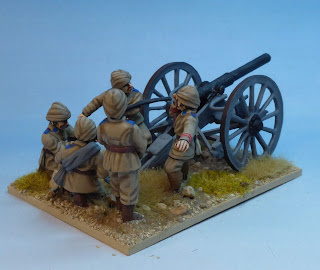 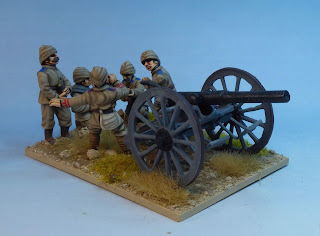 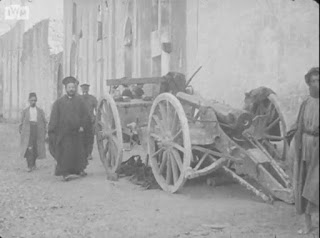 The Turkish stern-wheeler and crew and now complete. The final model is quite large and so is somewhat difficult to photograph as it does not fit into my photography set-up, so please forgive the dodgy photos. The crew are sailors from the Oshiro Models Boxer Rebellion range, sculpted by Andy "Soapy" Dormer and a couple of American Sailors from Pulp Figures. I found three different references for Ottoman sailors' uniforms from WW1, one of which was the white rig, so I decided to paint the crew up in all three varients. The only conversion work was removing the visor from the officer's peaked cap. 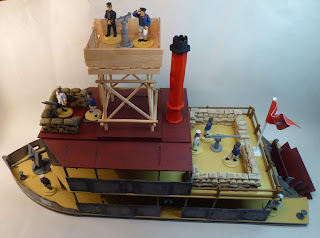 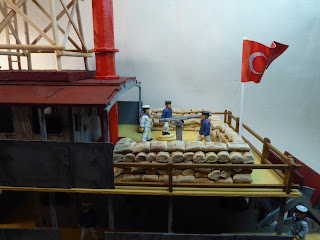 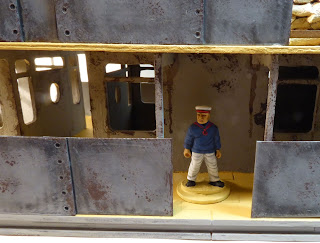 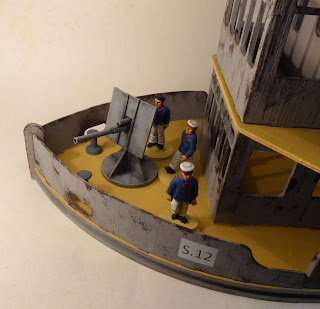 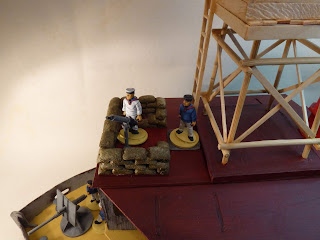 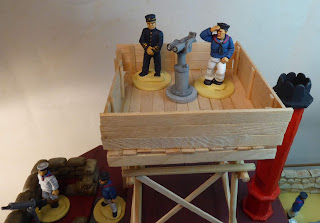 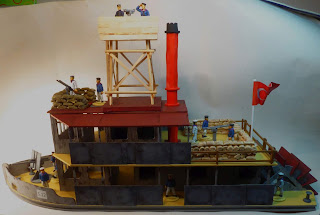 Jakob Wolff of the Imperial German Army Air Service was forty-six years of age at the start of the Great War. He was, I believe, the oldest fighter pilot to see combat. This splendid miniature of Wolff came to me from Aly Morrison (the sculptor) and I believe it was a special miniature from Hamburger Tactica 2019. 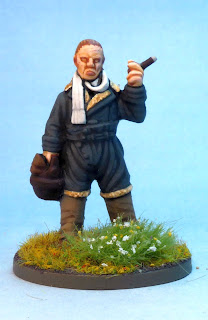 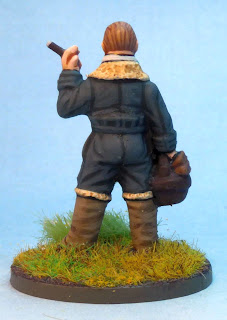 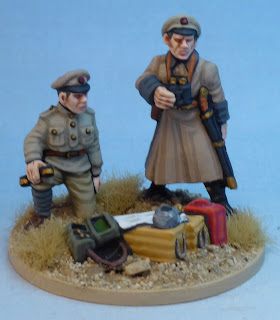 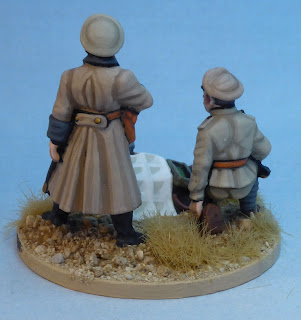 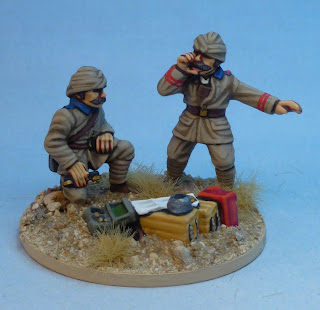 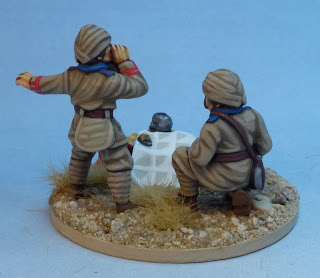 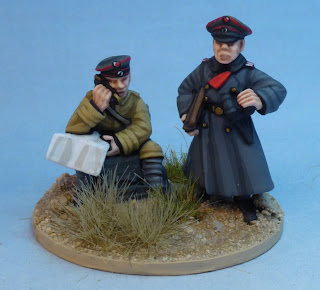 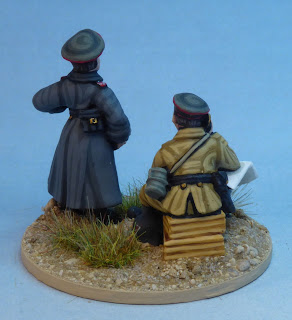 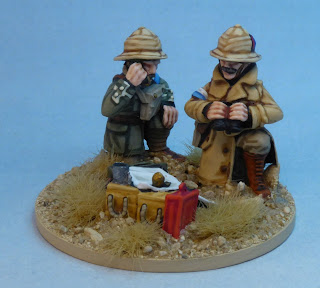 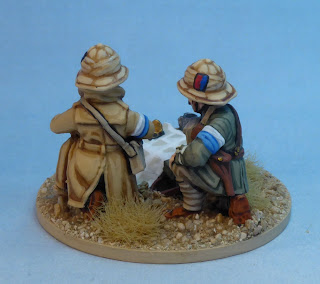 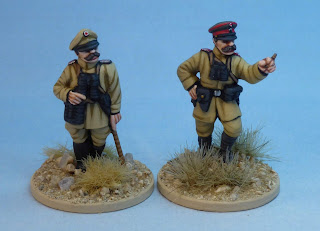 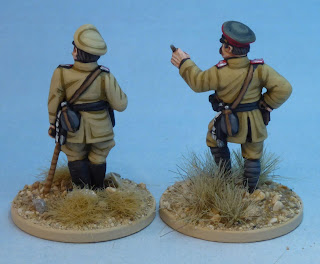