The Lion of Africa.

Paul von Lettow Vorbeck. A great limited edition sculpt from Hamburg Tactica 2011. This was one of those wonderful figures that seemed to paint itself. I would like to know who sculpted this figure. 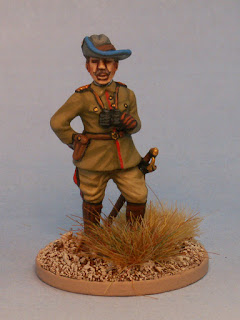 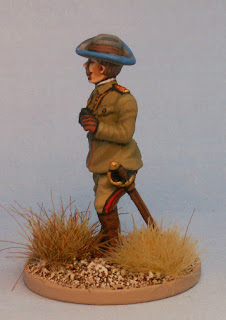 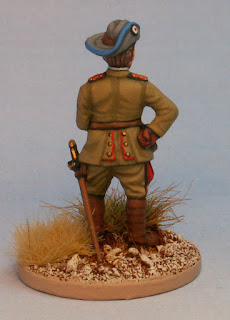 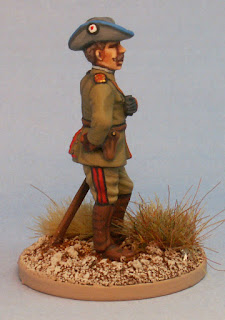 I am now informed by the Powers That Be that this figure is the work of sculptor Frank Germershaus.
Posted by Over Open Sights at Friday, January 27, 2017 4 comments:

A little bit of "table dressing" to end the Big Guns for Mespot project. A scratchbuilt General Service wagon surrounded by boxes containing the necessities of war to represent the Ammunition Column of 17th (Indian) Division watched over by a sepoy from the Indian Service and Transport Corps. 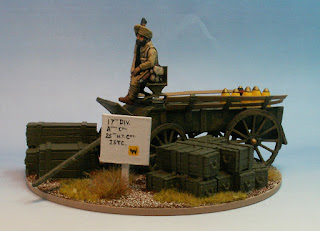 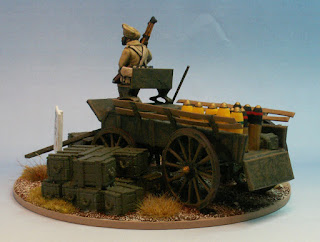 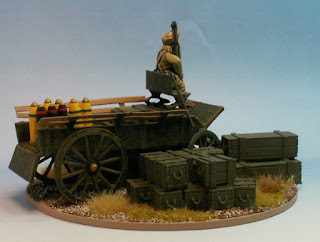 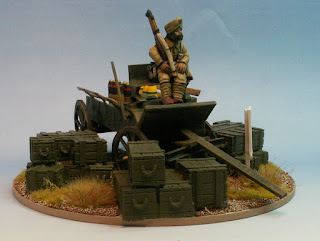 Here is another Asia Corps conversion. A WW1 Turkish body (sorry, this was in the lead pile and I don't know who made it) and another Perry plastic 1880s head. This time in puttees and light order. 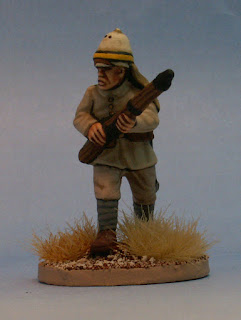 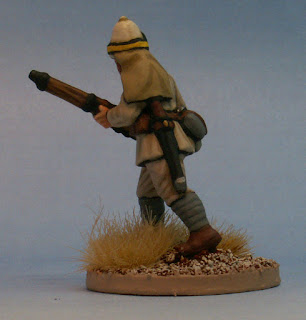 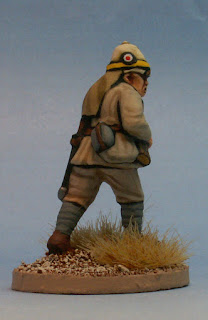 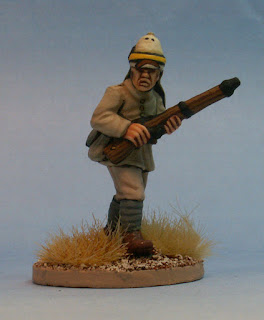 Posted by Over Open Sights at Wednesday, January 11, 2017 No comments:

Over the past couple of weeks the "Back of Beyond" Facebook page has been airing some rather interesting photographs of the WW1 German Asia Corps that fought alongside their Turkish allies in Palestine and then went on to serve in Georgia.

There were many images of troops wearing the M1900 Bortfeldt tropical helmet.

These images prompted a lot of interest and discussion among a few of us with the result that I had to attack the lead and plastic pile and get out the greenstuff to try to cobble together something that looked like the photographs. This chap hasn't yet got round to changing his boots for puttees but he has removed the metal badge from the front of his helmet. Perhaps in the future I'll do one that has moved the national cockade to replace it. The main body is a Mutton Chop infantryman with a Perry plastic British 1880s head. There has been some carving away of unnecessary detail and the addition of a neck guard and an arm of service band on the helmet. In this case, yellow for the infantry. 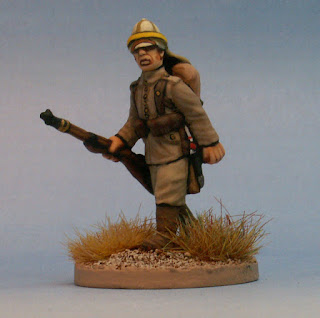 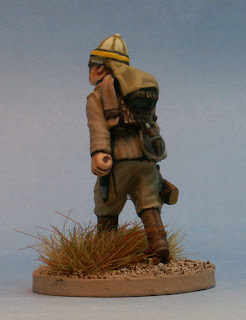 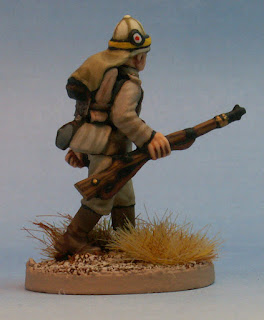 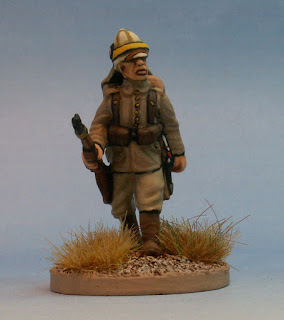 From Empress Miniatures' Jazz Age Imperialism range. This gun came into service in 1917 so one of these will be making its way to Mesopotamia to join the Indian Army in the advance on Baghdad. Paul Hicks' sculpts are just an absolute pleasure to paint. The gun comes in many many parts and is a bit of a pain to put together. It makes for a beautifully detailed model but there was much swearing and headscratching during construction as, true to all the best kits, there were no instructions. After I had put the thing together I found this pictorial walkthrough on Paul's blog (he who is part of Empress Miniatures). The two figures from the command pack. The remaining ten figures are repeats of those pictured in a previous post so the next post for this project will show the completed unit of all fourteen figures. 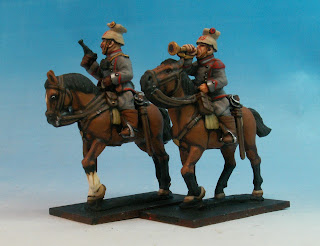 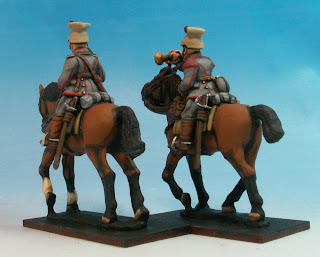 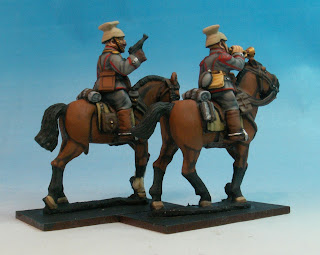 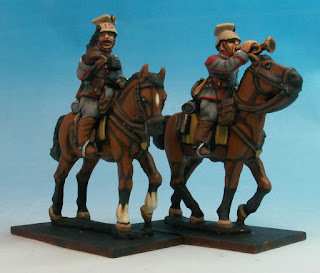