Great War Miniatures Late War British Cavalry with Woodbine Designs heads. Having hacked the original heads from these figures I removed excess metal to leave the helmet which was attached over the rifle bucket. Painted wearing khaki serge rather khaki drill. I quite like the end result. Five more of these to do. I'll post a couple of pictures of the whole unit once complete. 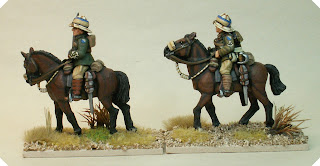 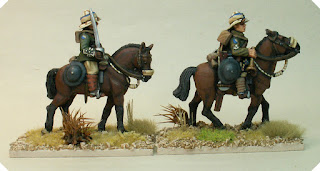 These chaps are mostly wearing the neck flaps on their Wolseley helmets. The only exception is the chap seated on the left of the gun. I just couldn't get any of the heads to sit correctly.... so I gave up. Perhaps I should have gone the whole hog and taken the greenstuff out to add spine protectors?

Not the sort of thing I normally paint, but I was asked to paint up these miniatures as French Napoleonic
casualty markers. 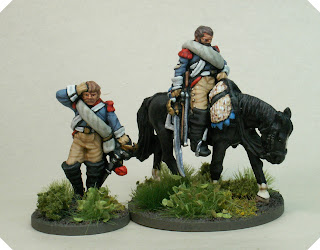 In reality, Perry Belgian heavy cavalry figures but a a change of paint scheme to create something representing French Carabiniers in campaign dress, without breast plates, in blue tunics with their cloaks rolled over their shoulders. 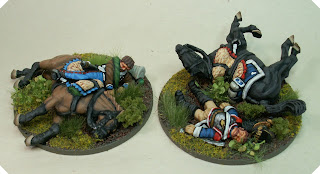 The Hussar on the left is also a Perry Dutch-Belgian figure. A change of horse was needed here. The Cuirassier figure is from Foundry with a Perry Plastic horse struggling to get to its feet. 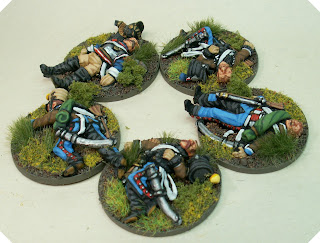 The Cuirassier figure and the two Hussars on their backs are from Foundry. The other two figures are, again Perry Dutch Belgian figures with different paint schemes. The figure laying on its front is a Belgian Chasseur, but painted up a Hussar wearing his undress town coat instead of a pelisse.

At last! The period of late May through to July is always a time when work and reality gets hold with a vice-like grip and this year I gave in and didn't lift a brush for the best part of six weeks. An enforced rest is quite beneficial as it recharges the mojo. Back with the Perry Miniatures French Napoleonic Field Forge set. I really did enjoy painting this set, especially the trooper standing with his horse awaiting his turn. 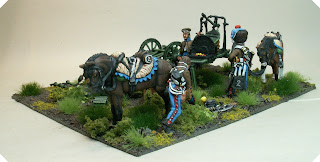 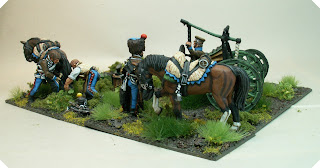 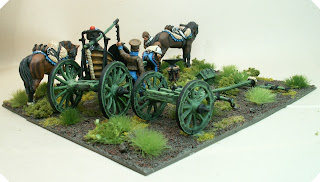 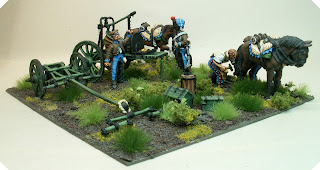 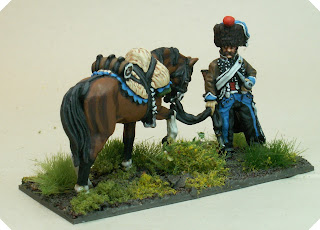 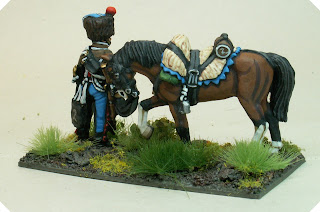 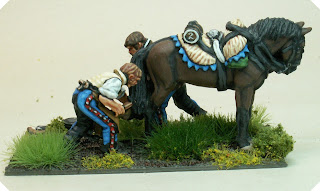 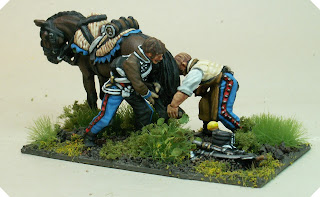