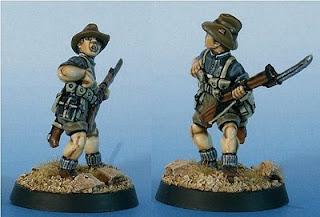 Posted by Over Open Sights at Sunday, December 14, 2008 No comments: 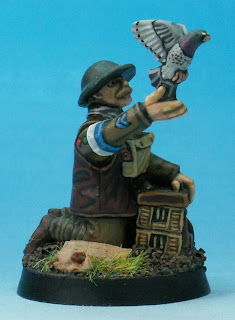 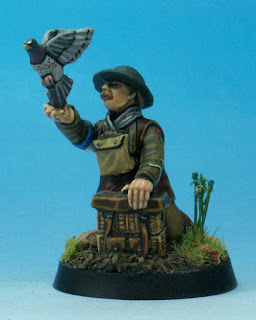 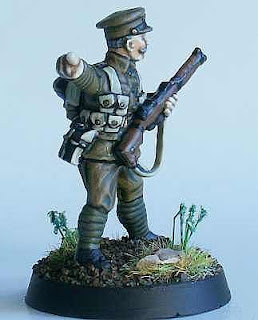 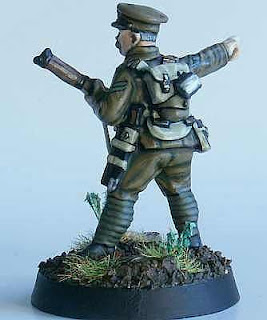 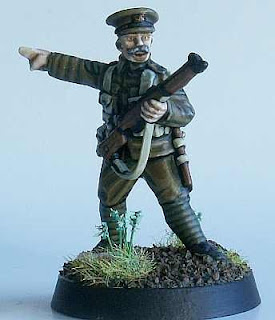 The first of these figures sculpted by Paul Hicks.
Posted by Over Open Sights at Sunday, December 07, 2008 No comments:

I've been waiting to paint this chap for some considerable time! 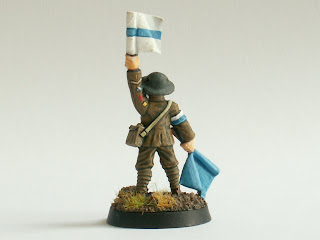 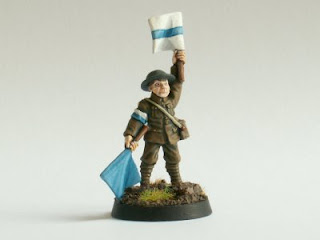 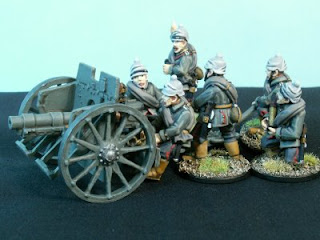 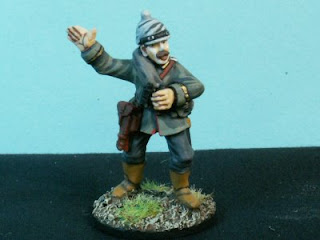 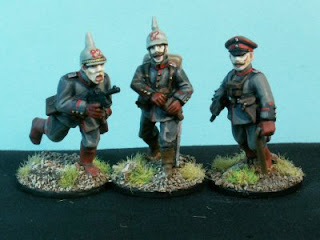 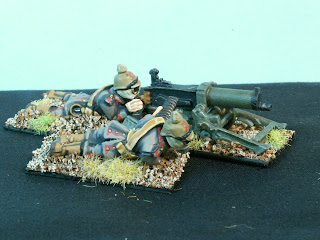 Posted by Over Open Sights at Tuesday, September 16, 2008 No comments: Finally completed the rest of the Great War Miniatures late war Tommies in full marching order. Painted up as 1/12 County of London Regiment (T.F.) (The Rangers). A joy to paint and I'm pleased with the results. Photographic skill still needs to develop. Learned how to set the white balance. Taking pictures on apperture priority for maximum depth of field. Have added another daylight bulb to the rig and this seems to have washed out the flesh again! Ho hum.

Also completed the German 25cm Minenwerfer and crew...just in time for the 5p listing day on ebay!

Received the latest Woodbine Designs ANZACs on Friday. Excellent. Work will begin on them once I have cleared some Brigade Games Tommies in tropical kit that have been hanging around and getting pushed back as new and exciting things arrive on the market.
Posted by Over Open Sights at Tuesday, July 08, 2008 2 comments: Some of my latest Tommies from Great War Miniatures.


Painted up to represent the Rifle Brigade, 1914.

Painting the Great War. Why I do this.

I paint miniature figures depicting the armies of the Great War. Why? Well much has to do with Alf (left). He left England on Christmas Eve, 1914 on board the S.S. Oxonian. He died on 5th May, 1915, during the Second Battle of Ypres. He has no known resting place. His name appears on the Menin Gate. I met his sister. She was my wife's Grandmother. She died, aged 100, in 1998. Gran introduced me to this studio photograph of her brother.

In 2000, we got the family history bug and the National Archives allowed me to piece together Alf's movements from enlistment to death. Alf served with 1/12th County of London Regiment (The Rangers), a Territorial Rifle Regiment. Since then I've been fixated with the Great War.

I used to paint figures as a lad...but I grew up, stopped, met Sue, married, had children (two girls) and got a career. Eighteen months ago I found my old paint box and that was it. I began to paint again.

This blog (the eldest child laughed when I got home and said "Guess what? I've set up a blog!") is to chart what I paint.