I have had a desire to build this for quite some time. The figures are Perry Miniatures from the Sudan, Victoria's Little Wars and Mafeking ranges, both plastic and metal. Some have had headswaps. The two wagons are scratchbuilt, based on images of vehicles used by the RE School of Ballooning at Aldershot in the 1890s. The balloon itself is a 12cm polystyrene ball covered with the plastic netting that oranges are packed in. The whole project was great fun and I thoroughly enjoyed researching the exploits of Major James Lethbridge Brooke Templer (OC Balloon Detachment, Suakin). He is the figure on the ground in a blue patrol jacket holding binoculars. Lt Mackenzie, his second in command, is in the balloon basket.

The detachment was led by Maj. Templer RE, with Lt Mackenzie and eight other NCOs and Sappers. They took out with them three 13000cu/ft observation balloons, "Sapper", "Scout" and "Fly" and enough hydrogen in 9ft x 8ins cylinders to inflate a balloon twice. They also took with them a portable hydrogen production plant but due to a shortage of trained manpower, they never used it. Each balloon was made from goldbeater's skin which, as you all know, is made from the membranes of the intestines of Oxen. Each 13000cu/ft balloon was created using the intestinal membranes of 74000 oxen. Almost all of this material came from South America. Maj. Templer did not fly in a balloon in the Sudan. He made his last flight in a balloon in England in 1881. The balloon, involved in an experimental free flight, crashed on the coast on landing carrying one passenger, a Mr Powell, over a cliff to his death. Templer would go on to be a great advocate of military ballooning, becoming Lt Col. and Officer Commanding the School of Ballooning established at Aldershot in the early 1890s. He was accused (and acquitted) of passing on Ballooning Intelligence on the manufacture of military balloons to a foreign power (Italy) in the mid-1890s. The case collapsed.

As this group will no doubt play a vital part in tabletop scenarios and also provide some table dressing, the decision was taken to add a splash of colour by painting them up in plain red frocks and blue trousers rather than grey serge. 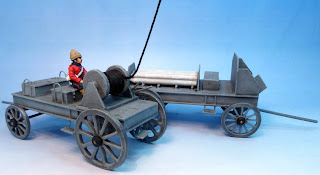 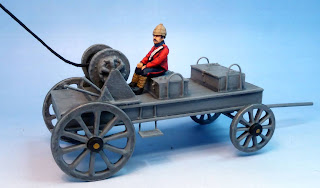 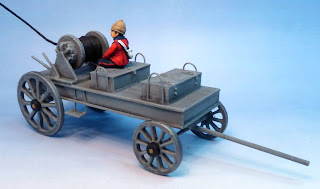 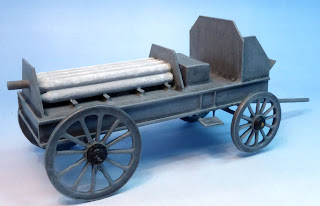 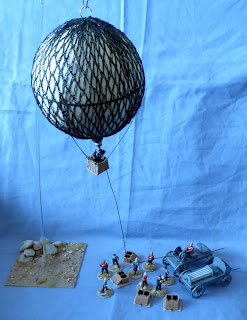 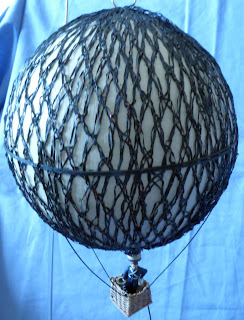 Just doing my bit to spread the word. Two years ago John Hart made the master models of this vehicle for Adrian Shepherd and myself. The plan was always to get these onto the market as no one made a Model T like this for 28mm figures. Sadly, Adrian didn't live long enough to see the project through, but Paul Eaglestone (Mr Empress Miniatures) took on the job last October and yesterday the first Model Ts with crews by the talent that is Paul Hicks went live on the Empress website in their Jazz Age Imperialism range of interwar vehicles. On behalf of Adrian and myself I extend grateful thanks to John Hart, Paul Eaglestone and Paul Hicks for making the dream become reality. Top work all round, Gents!
Here they are on the Empress Miniatures website. 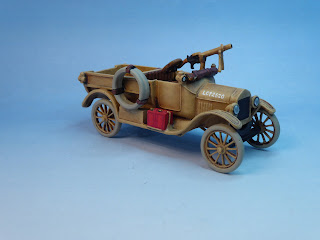 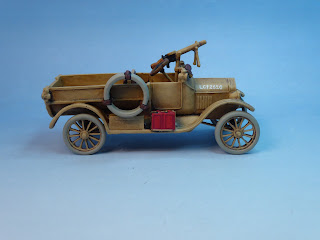 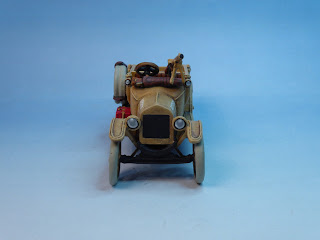 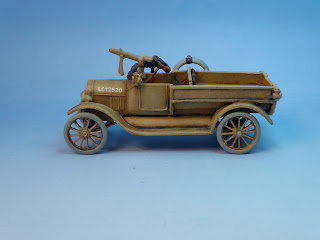 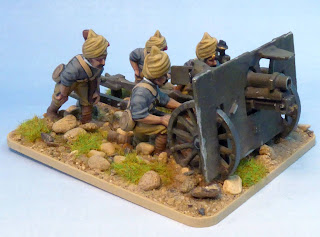 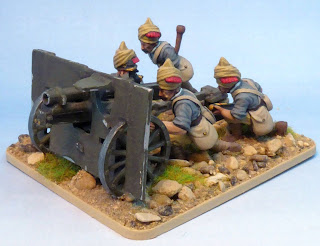 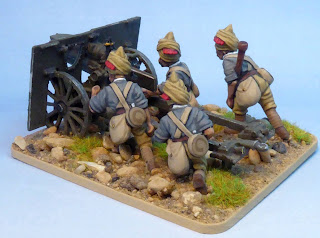 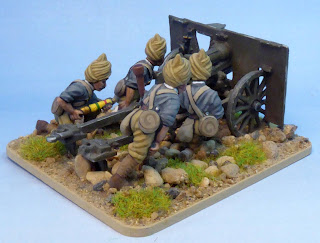 Those nice chaps at the "WI" have been so good as to review my latest painting guide: "If you are a Sudan wargamer, this book really is "a must"."

Available from Caliver Books in th UK and On Military Matters in the USA.