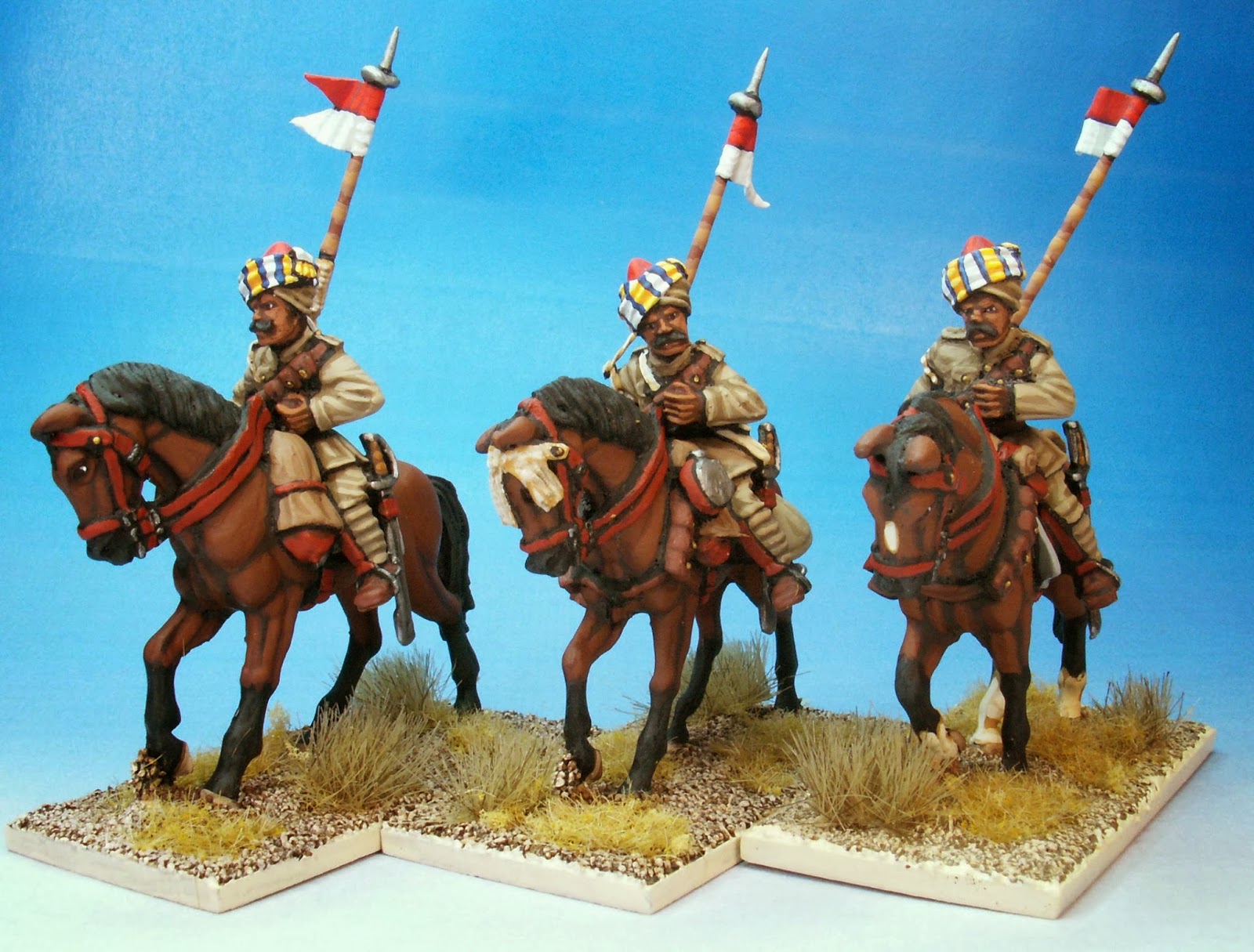 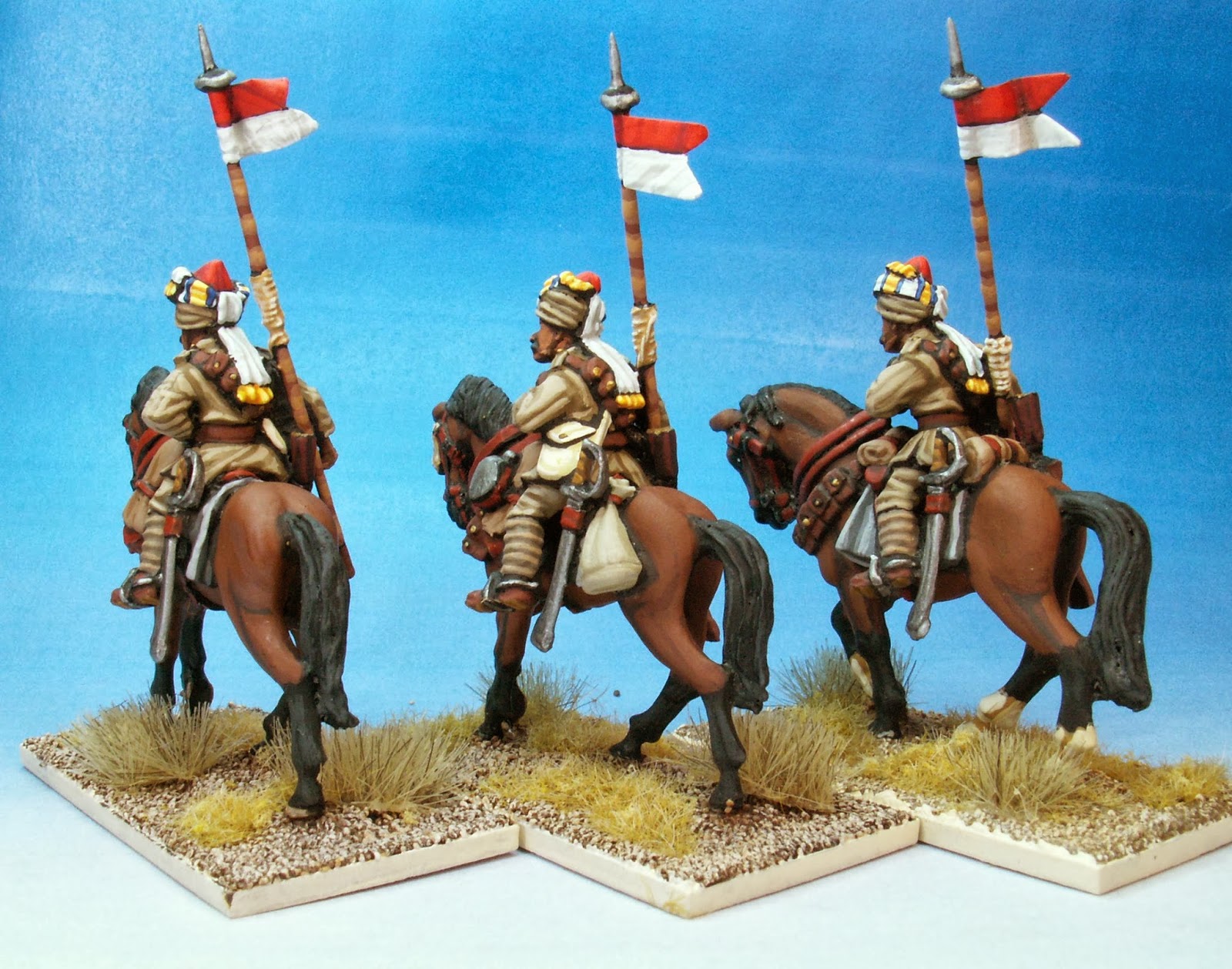 The Command Pack. Hmmm.... a bit of white bloom on the varnish here and there to sort out. 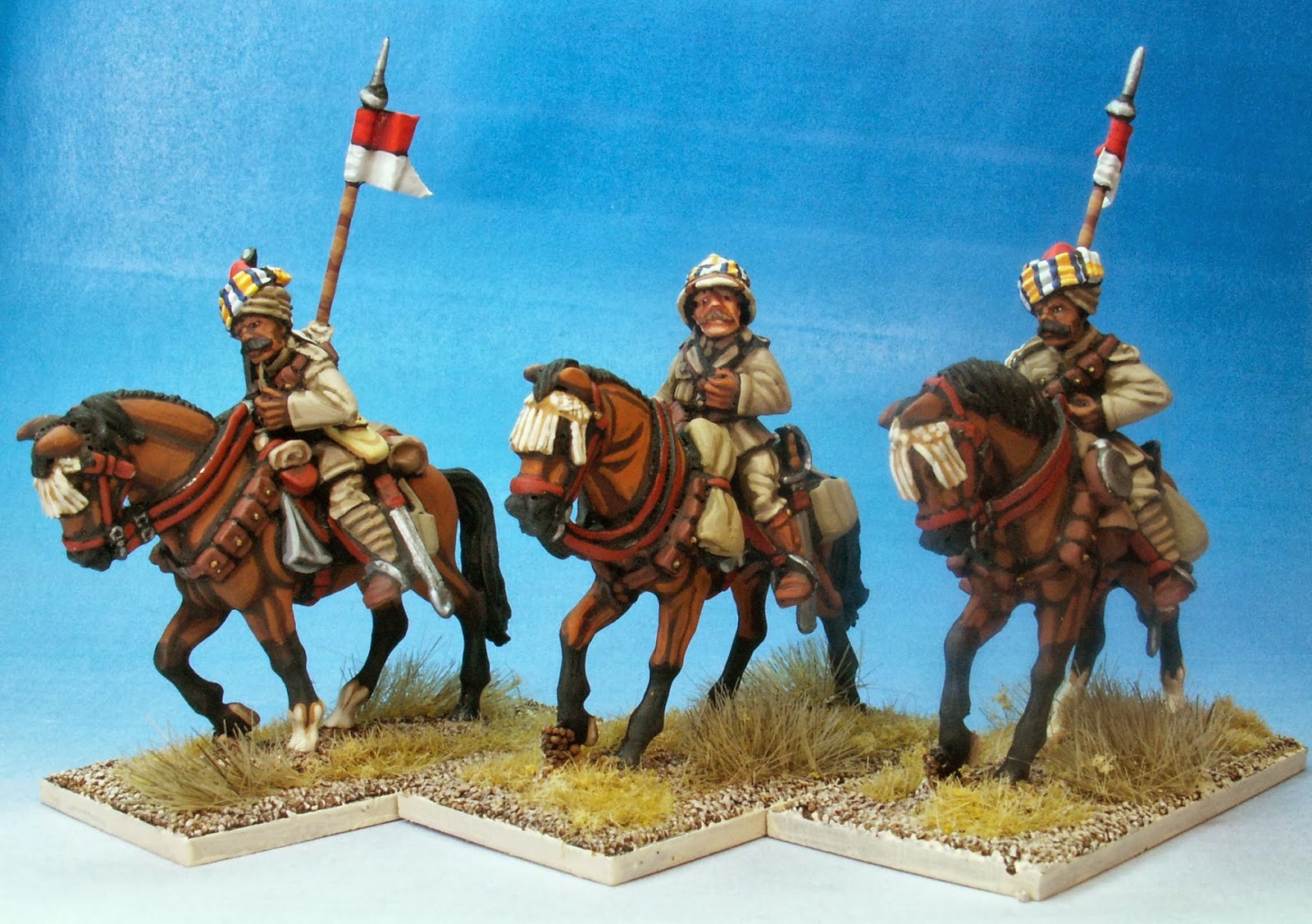 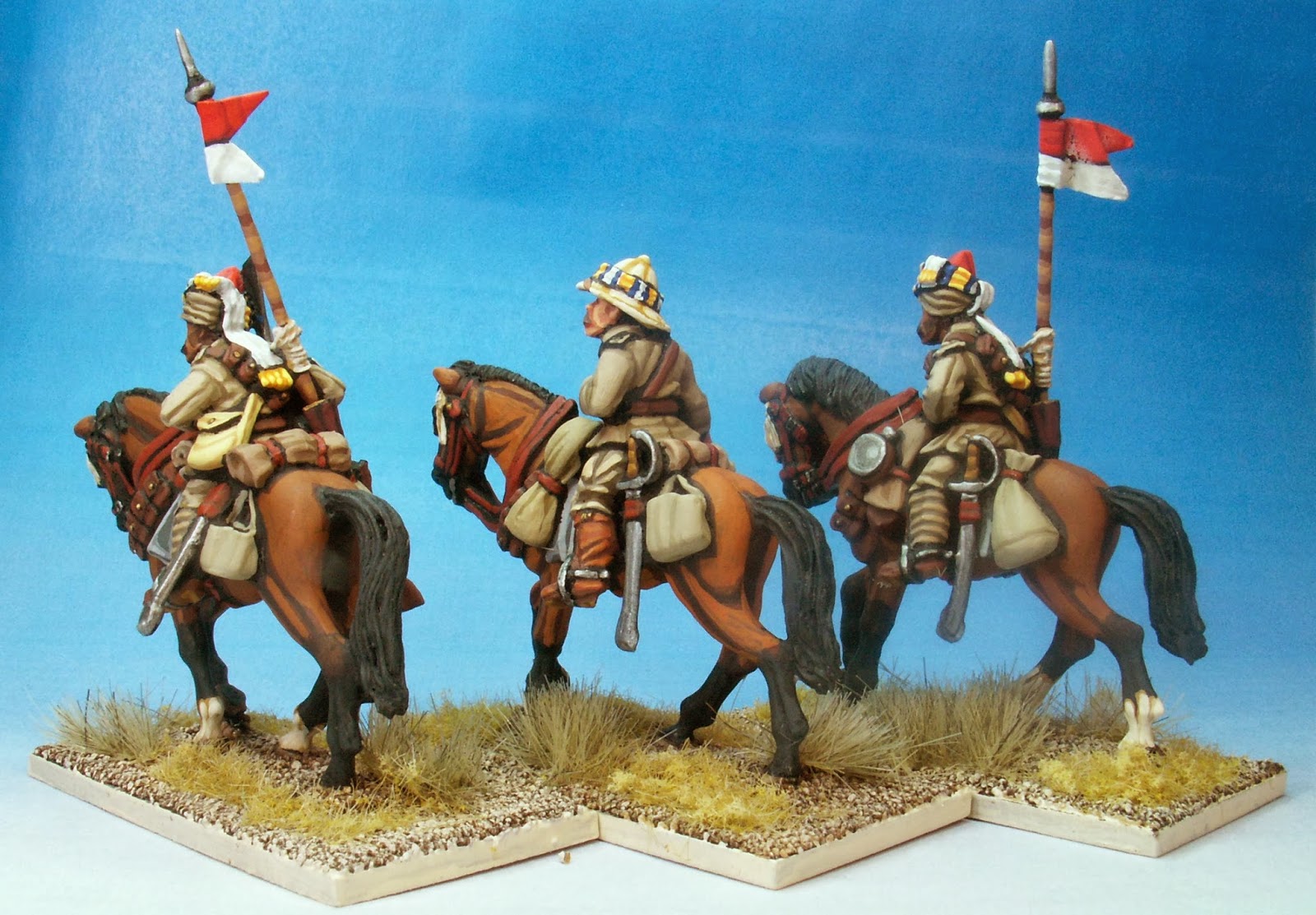 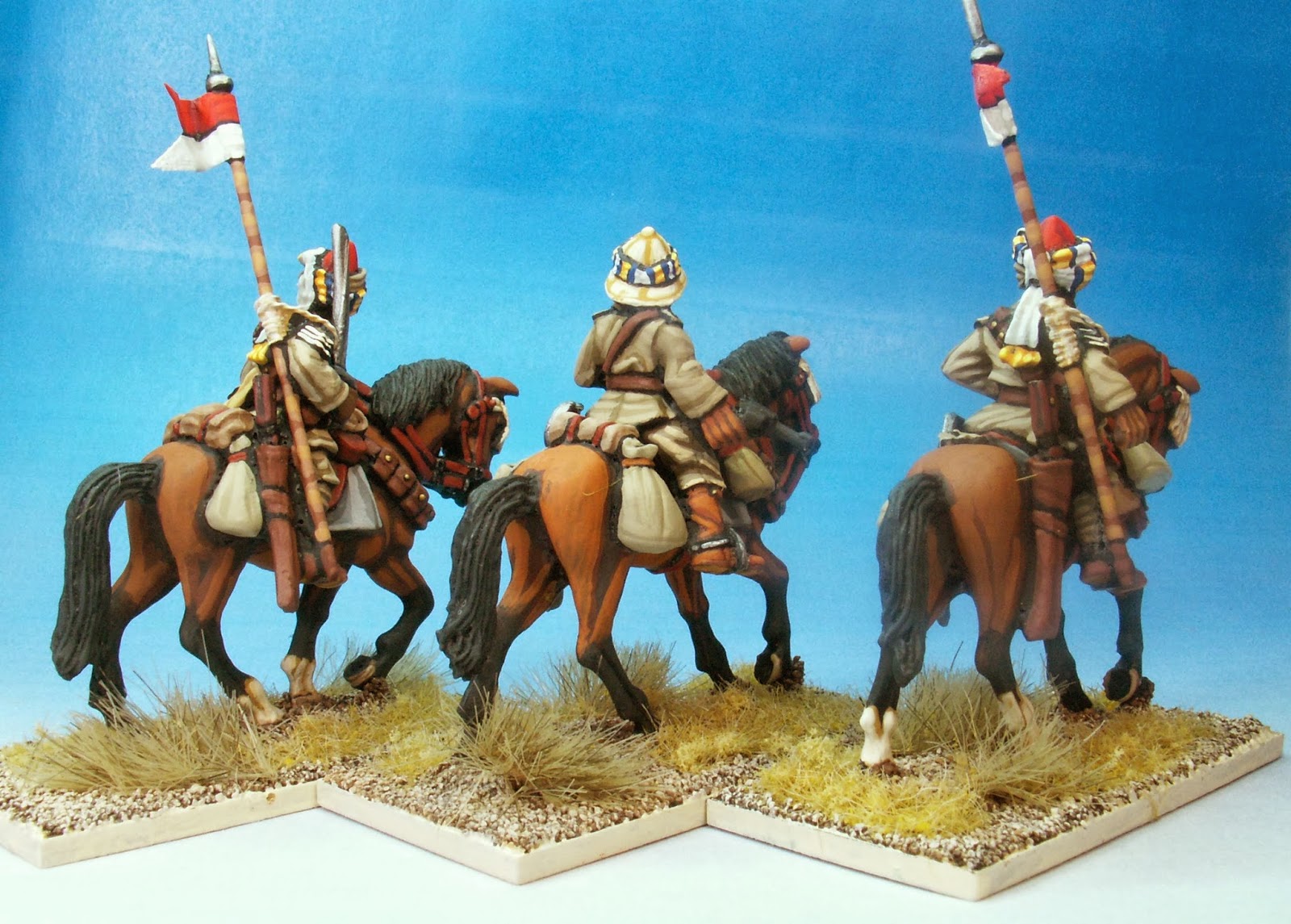 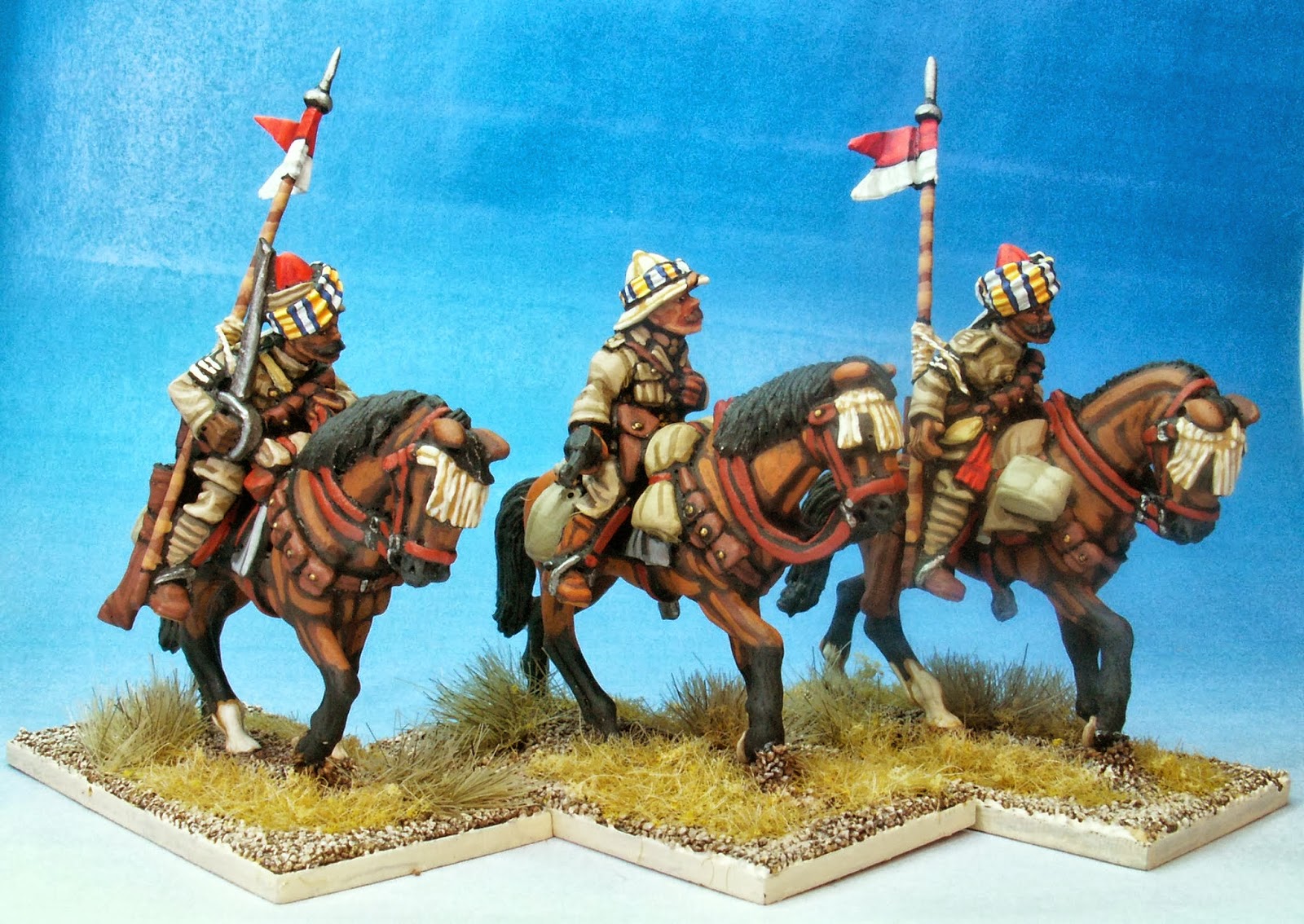 A "test piece" for the latest commission on the painting table. A slight conversion on the right arm and lance to give this pose. The client said he had become interested in some of the more "colourful" units that served in Mesopotamia and Palestine, so I suggested a departure from what would have been a plain khaki headress to painting the regimental pagri and giving the unit a spalsh of colour. The 20th Deccan Horse was requested. It took a bit of a hunt to get the infomation and eventually I found the 20th being being represented on some painted "Britains" figures. I took the pagri from that reference alone! I think these figures may well end up being part of a force to game not just the Great War, but also various Back of Beyond scenarios and the Third Afghan War. 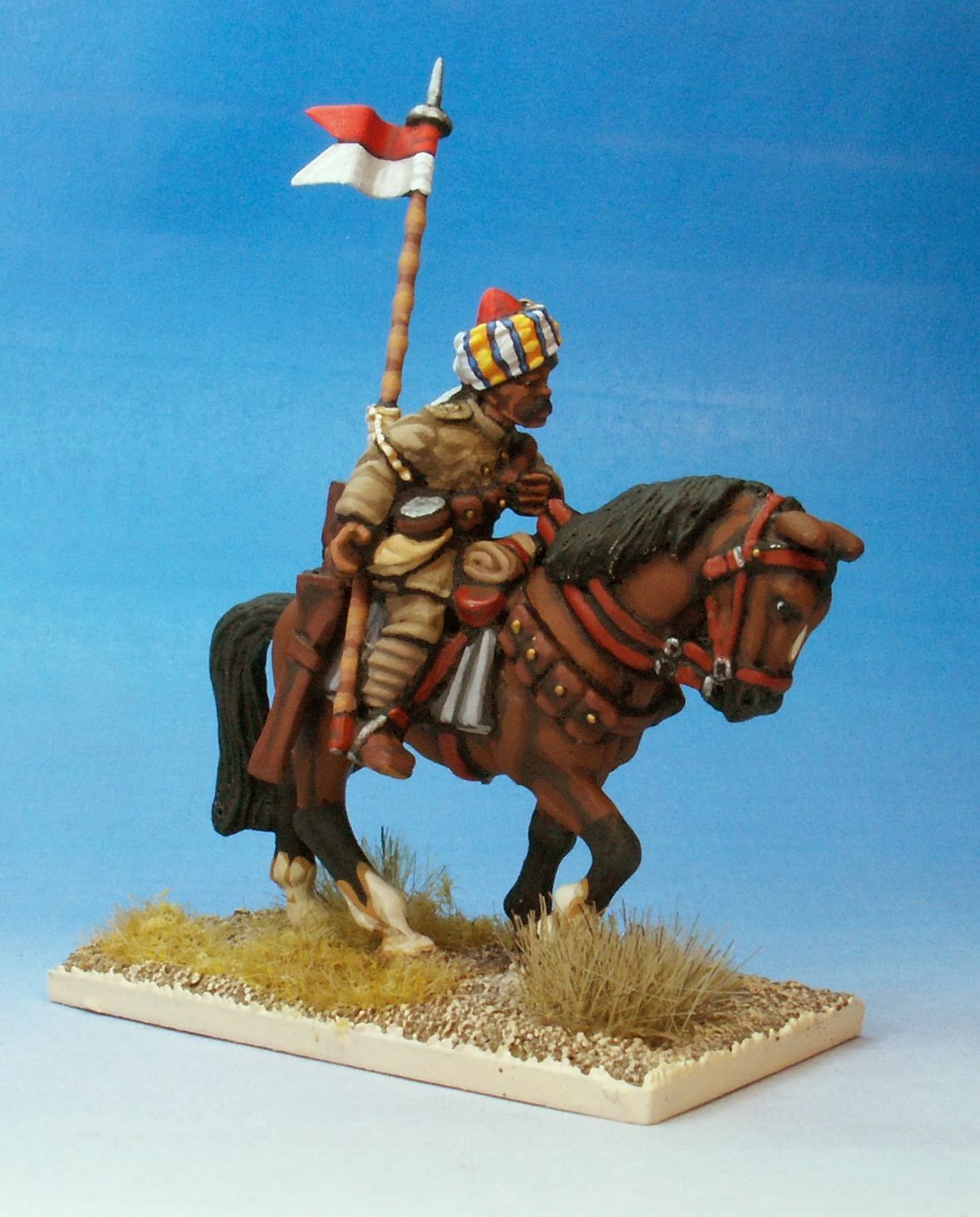 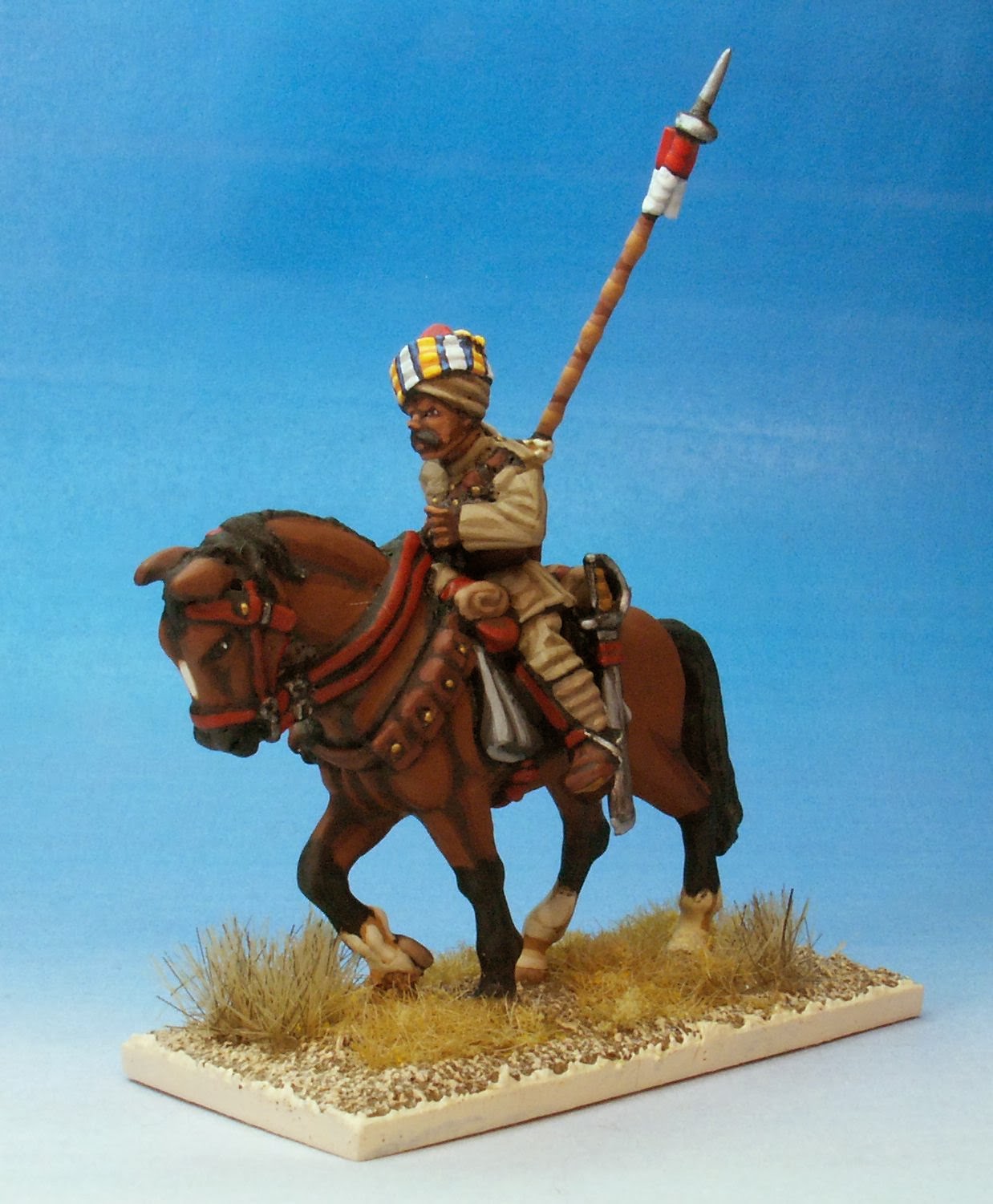 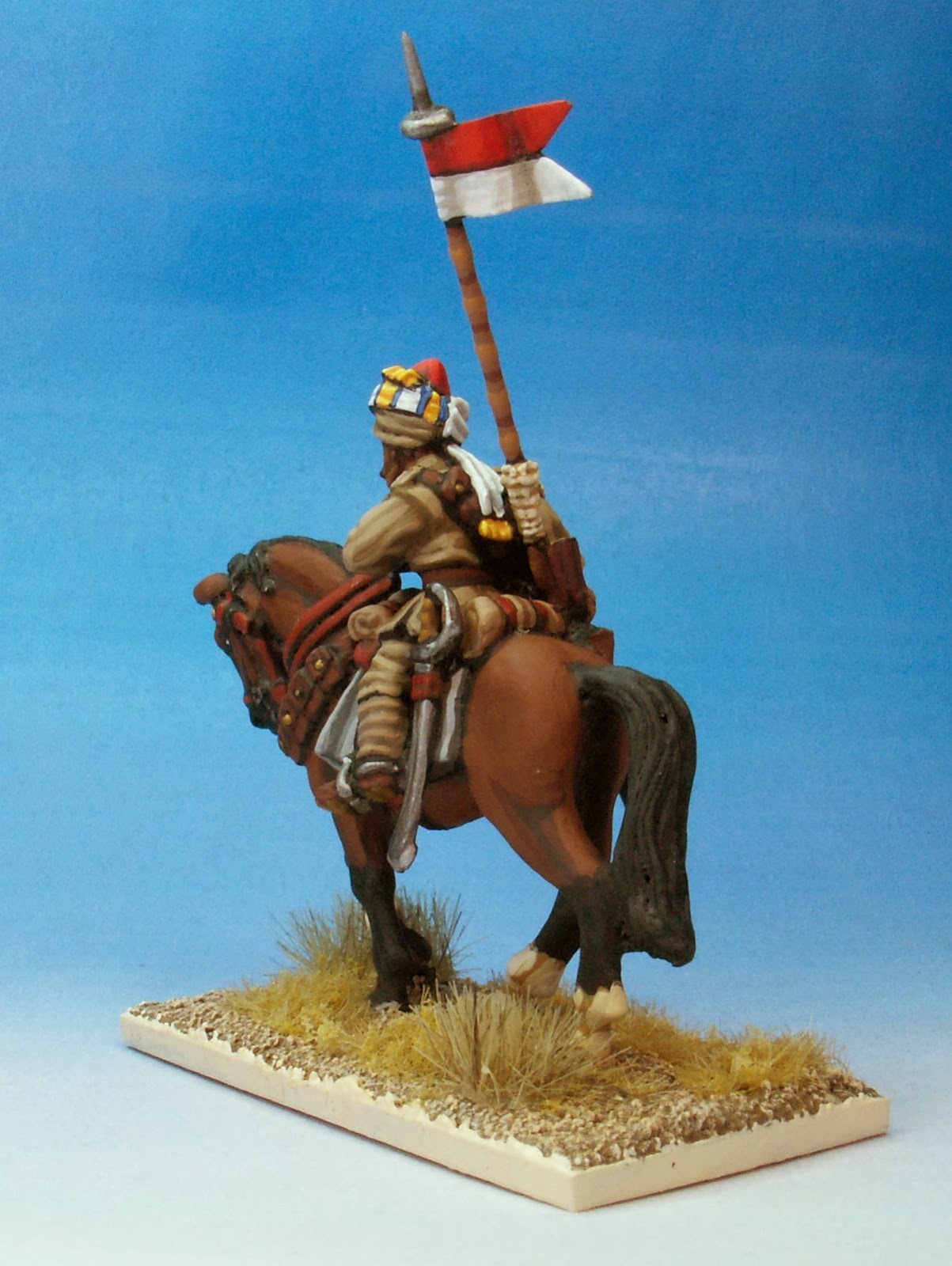 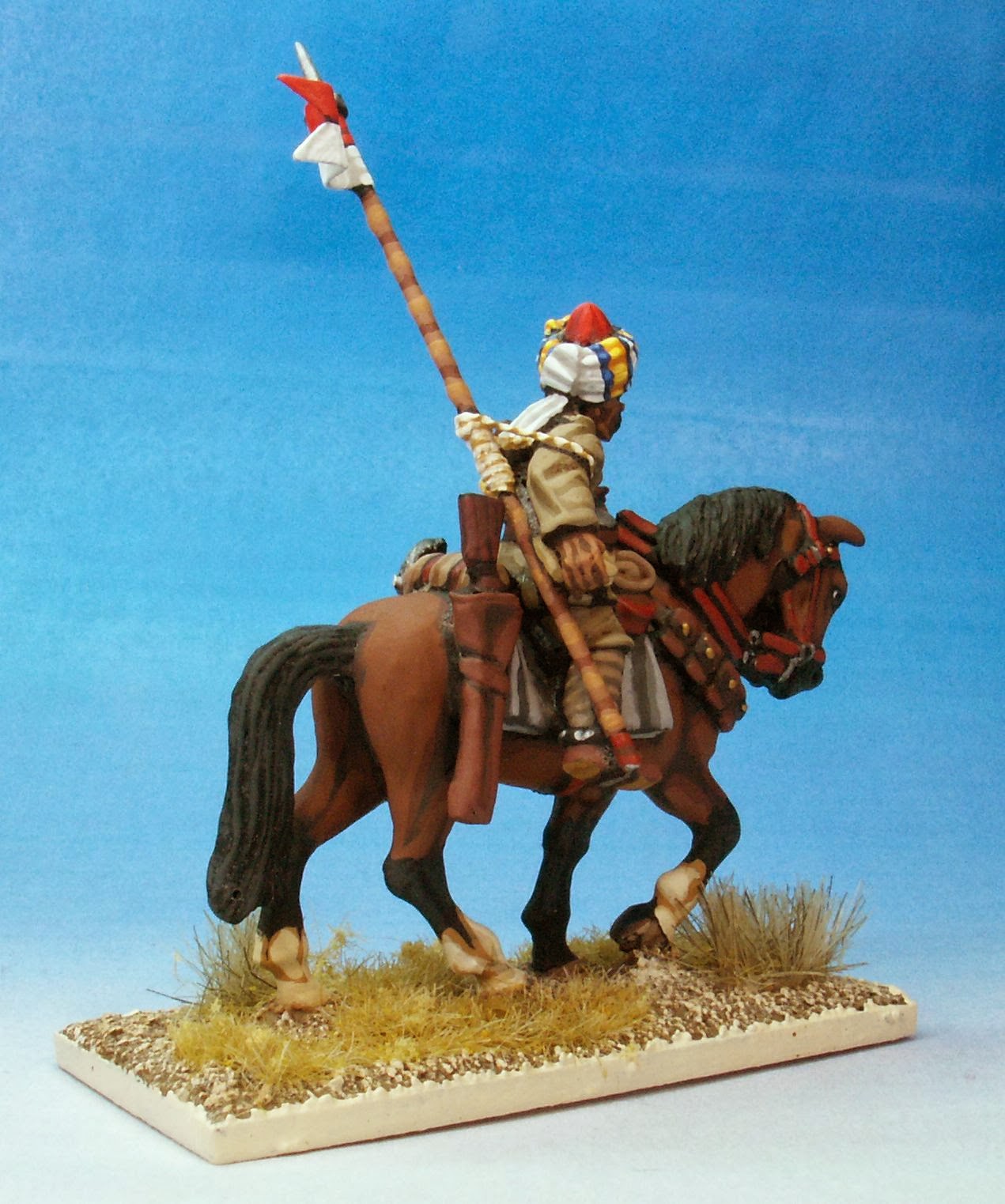 Having spent a great deal of time since early January painting furiously to complete Jazz Bands, Dancers, Japanese troops and a number of torsos ready for the "Wake Island 192?" demonstration game that was on display at the Vapnartak (York) show today, it was nice to spend more time on just one figure. Nine more to go. Sadly, the only Japanese figures I managed to photograph were the cyclists. If you would like to see other miniatures that made their appearance on this demo game then click on the three Pulp Figures lables on the right of the screen. US Marine Corps, US Navy, Sailors, Construction Workers, Bing, the Fat Man and Miss Lamar will all be found there.