These figures form part of a group of twenty odd WW2 Japanese figures that I have been busting a gut to get painted, in the limited time I have, for the end of the month. They will form part of a display game at the Vapnartak  show in York in early February. The game is to be staged by "The Beast", a long standing client of Over Open Sights. These are very much "rush jobs" and all of them were quite fiddly to paint. Some of the sculpting falls short of the mark in places. I complained to "The Beast" who merely observed that I had become too used to painting up Perry sculpts. An accurate observation. Apologies for the third photograph. One of the bulbs in my lamps decided to blow just before this photograph  was taken, hence the darker area on the right. 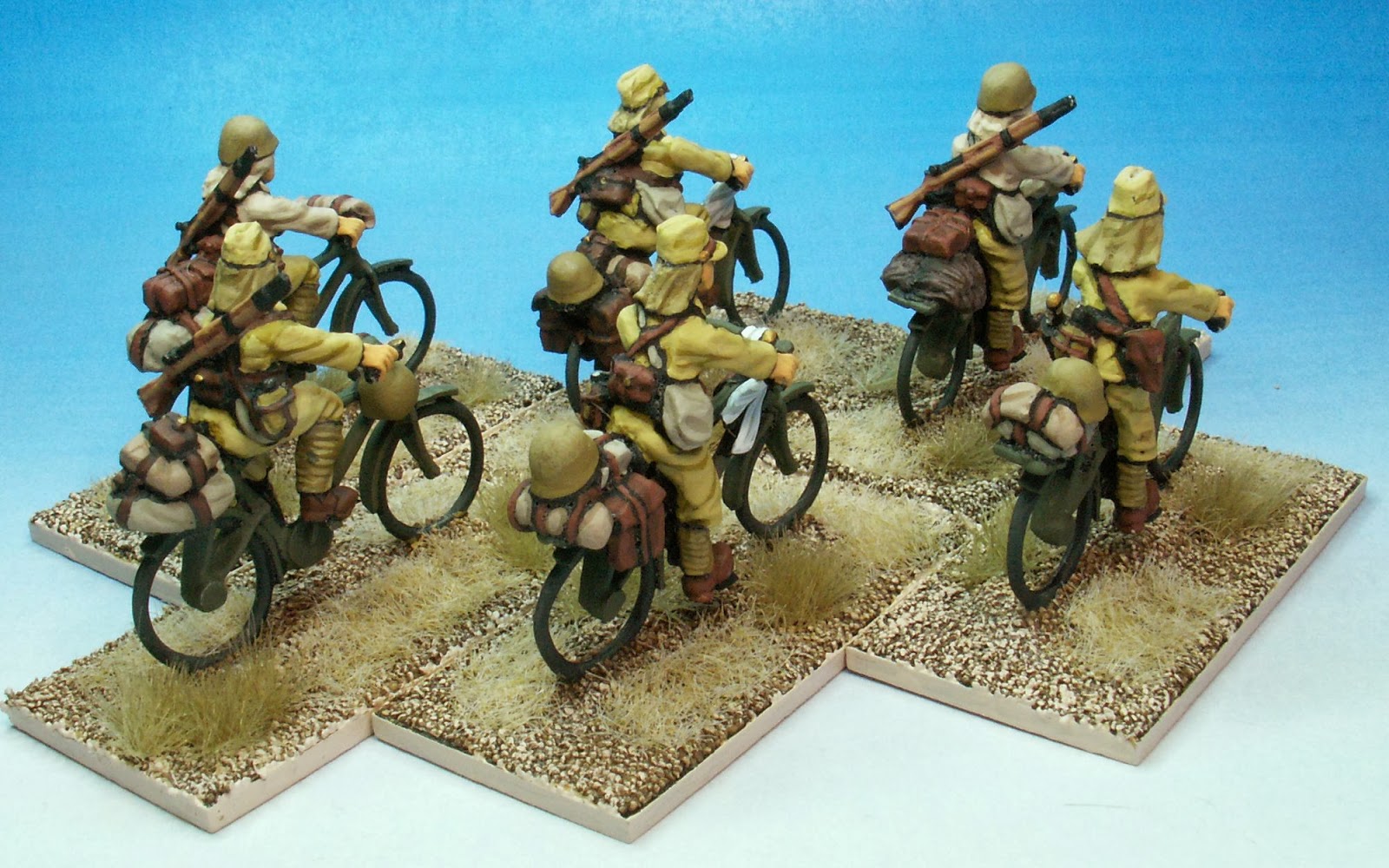 To dance in that very special modern way while the Jazz Band fills the hall with all the latest tunes.

Either that or all are undergoing some experimental electro-shock therapy.