I have had these two figures gently on the go in the background over the last few weeks. Having completed the WW1 Fly Class Gunboat figures I took some time to finish them off over the Easter Weekend. 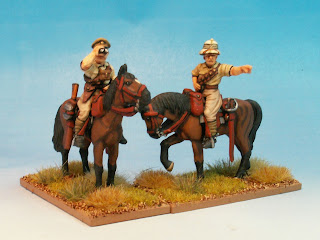 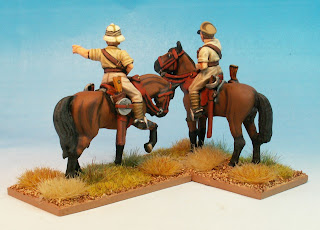 I originally bought the four WW2 Yeomanry codes as potential subjects for conversion to WW1 Yeomanry. To successfully do that would require a lot of greenstuff to add the necessary blankets, equipment and feedbags that are missing from these sculpts. I appreciate that a number of photographs taken in 1940-41 show the Yeomanry "on patrol" to be rather un-encumbered but a photograph, taken by a trooper of the Cheshire Yeomanry while mounted as his squadron was crossing the Litani River in  Lebanon, shows a very different picture. That image can be found in "The Cheshire (Earl of Chester's) Yeomanry. The last British Regiment to fight on horses" by Lt. Col Sir Richard Verdin (1971). The lack of  equipment means that these sculpts are fairly straightforward to paint. All are two piece castings. It is pleasing to see India pattern sun helmets but any detail you see on the pointing figure's helmet has been painted in. 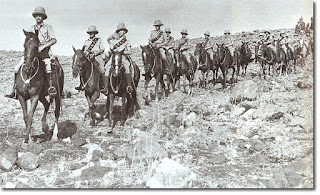 The Warwickshire Yeomanry "on patrol" in Syria, 1941. Not a feedbag, blanket or waterbottle in sight. I think this is a staged photograph and Messers Perry have done a good job at recreating this image of the WW2 Yeomanry in the Middle East. 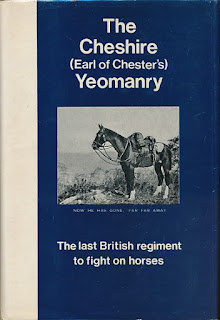 The cover of this book has a reproduction of a painting called, rather sentimentally, "Now he's gone far far away". It was painted to mark the Cheshire Yeomanry losing their horses in 1942. This troop horse has the sort of equipment I would have expected to see on these figures.

A mix of some Pulp Figures and Perry Sudan naval figures to produce the ship's company for the Fly Class Gunboat as featured in the last couple of posts. I have steered away from the traditional Blues or Tropical Whites to try to create a crew in mixed working rig. Photos of crews from the Tigris flotilla show them to be dressed in a rather wide range of clothing. 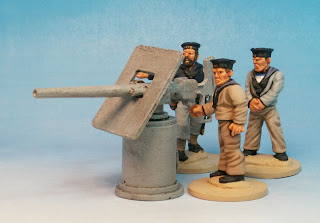 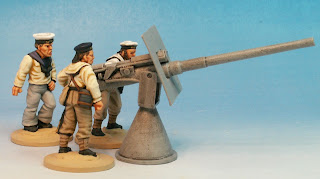 4 inch Naval Gun and Crew on the Tigris.

A couple of posts ago, I showed images of a scaratchbuilt 4 inch naval gun that is destined to form the main armament of a 1/56 scale Fly Class gunboat that is being built by a much valued patron. Well, here is the gun and crew placed on a grey circular base to mimic the circular steel platform on the bow of the boat onto which the gun will be mounted. Looking at photographs and watching film clips from the Imperial War Museum online archive clearly shows gunners that are not wearing naval rig so the decision was taken to have this gun crewed by Royal Artillery gunners on attachment. The figures began life as the Perry Miniatures WW2 British  25pdr gun crew with headswaps, some minor carving and the addition of greenstuff neck-flaps and spine protectors to give that Mesopotamia feel. 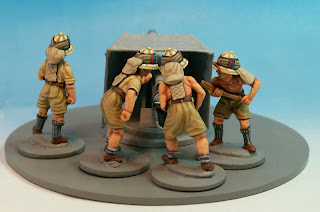 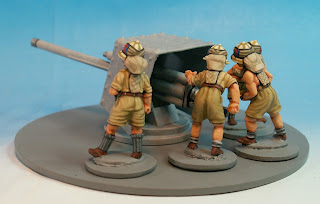 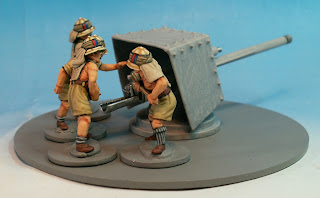 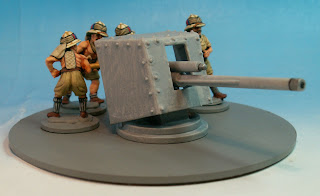 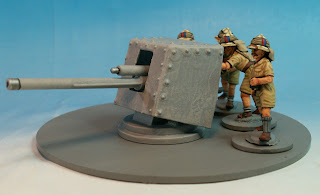 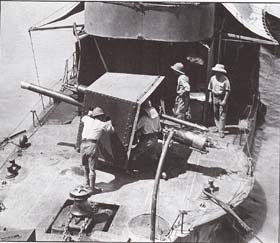 The 4 inch gun crew on HMS Sedgefly. Definitely not in naval rig. 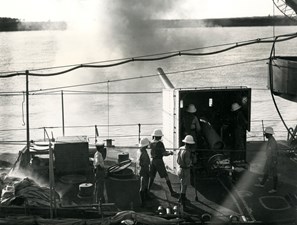 The 6 inch gun crew of an Insect Class gunboat. Not in naval rig but wearing white foreign service helmets. White helmets were issued to the Royal Navy.

The model Fly Class Gunboat, created by The Beast of Bukhara, has just made it's debut on the Lead Adventure Forum. Now The Beast has revealed this to the world I am very pleased to be able to share an image of his excellent work with you:

The crew will follow...with a bit of creative paintwork to represent RN working rig rather than blues or tropical whites. Just like this photo of the Ship's Company of HMS Greenfly: 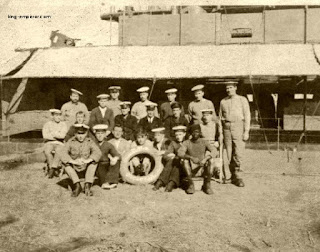 Here is the test piece: 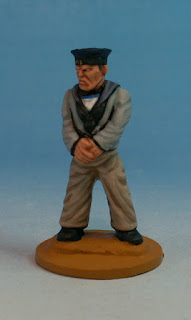 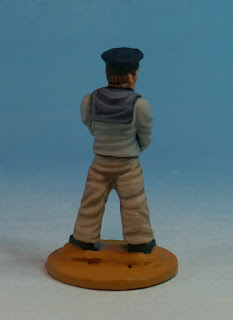 IWM Film of HMS Moth (Insect class gunboat) and HMS Caddis Fly (Fly class gunboat)
This nine minute film opens with shots of HMS Caddis Fly. The film then cuts to HMS Moth, a larger class of gunboat characterized by her two 6 inch guns and twin funnels side by side. We then get a lot of footage of the Moth's 6 inch guns in action. The crew are in a motley collection of kit including one scruffy officer wearing his white deck shoes! The same crew fires the 12pdr gun for the camera. At about 6 minutes, the film cuts back to Caddis Fly and we have a super shot of the 4 inch and her crew firing a round for the benefit of the camera, one gunner looking at the camera after the gun has fired as if to say "How was that, Guv? Want another?" It is this crew that inspired the figures above.
Posted by Over Open Sights at Wednesday, March 16, 2016 11 comments: