Good grief.... I am still painting during "stupid June". This was a delight to paint. The gun is separate so that it can be removed when the gun is deployed. 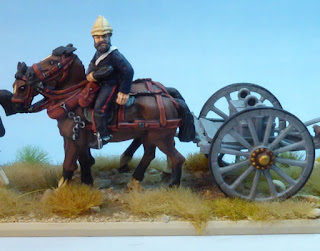 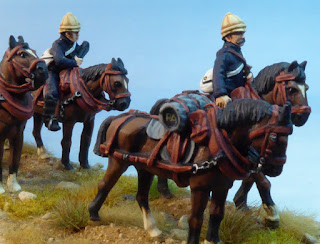 Another Last Gasp! A Bonus Breath Before the Madness.

Well, the nonsense really does start next week so I was rather pleased that, with a few new changes to the calendar at school, this last week provided some painting time. This is the first time in goodness knows how many years! So I made the most of it. Here is a recently released Perry Miniatures 28mm Anglo-Zulu War British Royal Artillery Gatling gun and team. The limber team to pull this will follow later in the summer.

The blue uniform of the RA at this time was very dark. The base coat was VMC Black, the mid-tone a 50-50 mix of VMC Black and VMC Dark Prussian Blue and the highlight (if you can call it that) was just a little more Dark Prussian Blue added to the mid-tone. The Officer's Patrol Jacket is even darker! The photos seem to suggest that I have just slapped on one coat of dark blue paint. 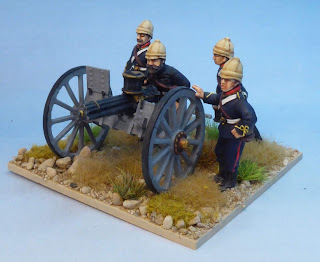 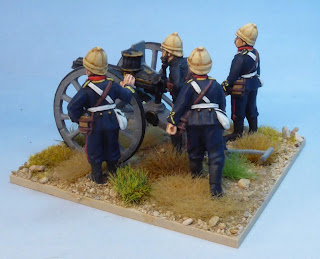 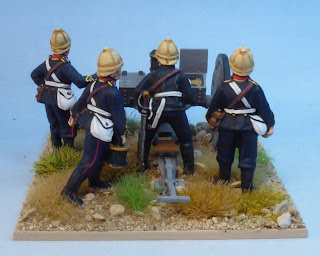 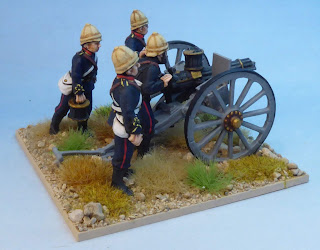 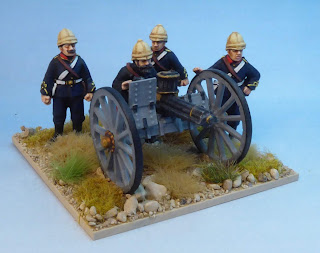 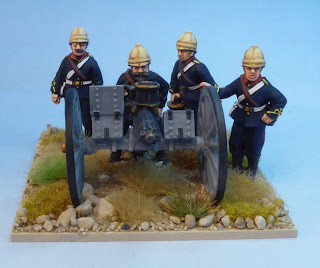 So, before the enforced break from painting begins I managed to get some time to play about with a couple of Perry Miniatures Sudan Black Watch figures before I start work on the main body of the unit (20-odd figures) during the summer. I really like this paint scheme. Government Tartan is very dark so I tried out a digital macro image of the Sergeant in the hope that it shows up. I must not forget that the Piper needs to wear Royal Stewart Tartan! 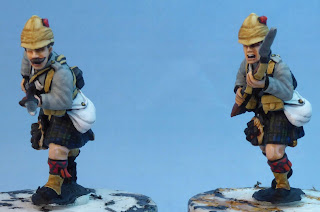 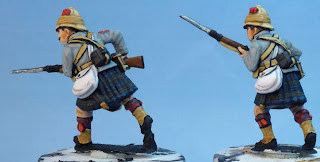 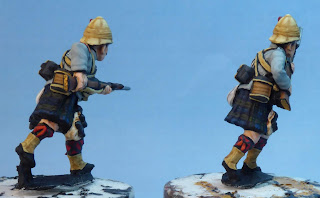 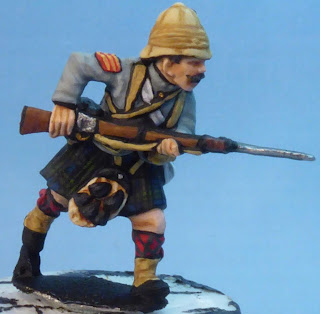