Compliments of the Festive Season.

A Merry Christmas to all who happen by the blog. Wishing you all peace and prosperity. 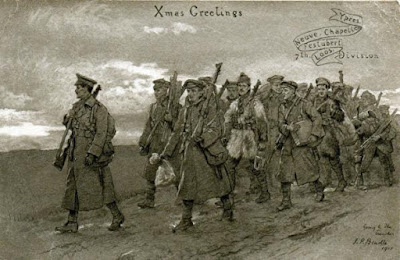 Finally I have been able to start some work on a project that has been on the cards for quite some time. While I wait for the delivery of some more brass rod (note to self- check supplies before embarking on new project) here are a couple of images of the first converted camel. Additions made with plasticard, brass rod, grey stuff, superglue and swearing. More in due course as this progresses alongside the current project of a number of WW1 Mutton Chop Germans. 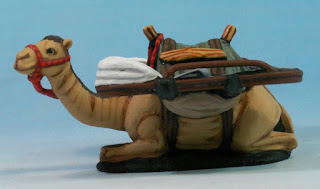 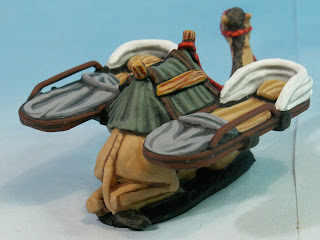 A group of twelve Tommies from Mutton Chop. Using my own green-khaki paint scheme to fit in with other figures in the same collection.

I just had to complete the ensemble. The tractor from the previous post, a scratchbuilt cereal packet towing limber and a big gun that had been in a box for a while. In the words of Chris Tarrant from his "TISWAS" days, "This is what we want!" 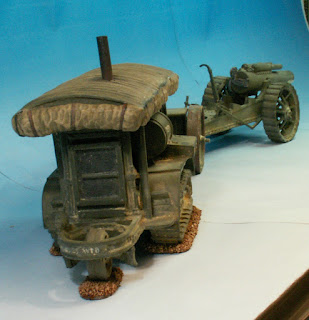 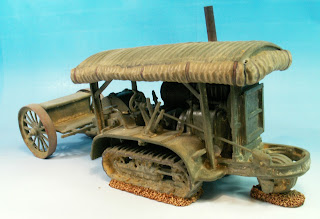 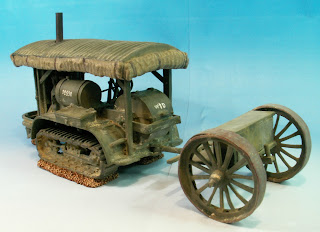 Have taken some time out of the painting schedule to paint up the new Holt Artillery Tractor from 1st Corps. I shortened the uprights that support the canopy as the original model looked too tall for my liking. A bit of modelling putty on the edge of the canopy created the impression of the rolled up canvas sides of the vehicle. The kit also comes with two figures for crew if you fancy it. Here a couple of "brass hats" from Division get a closer look after this leviathan has hauled 8 inch howitzers into positions outside Gaza. 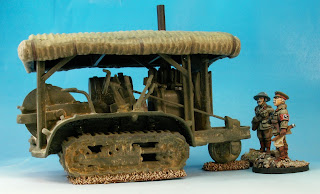 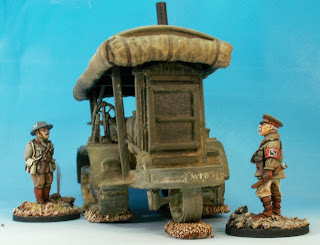 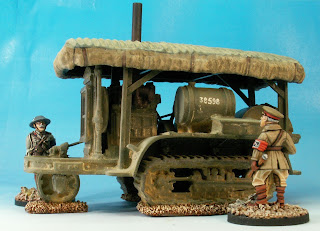 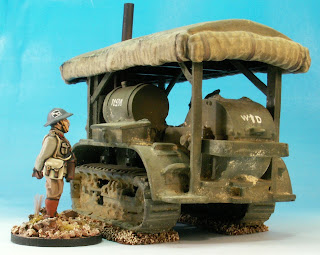 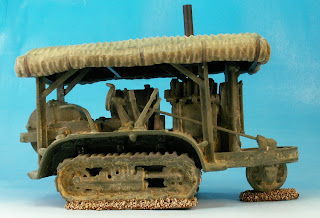 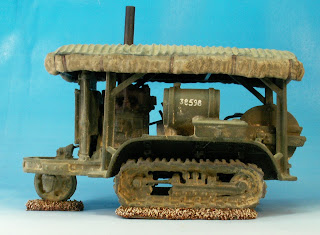 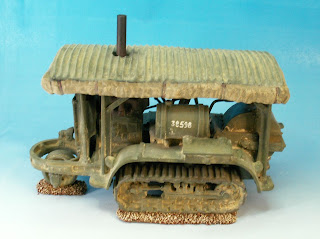 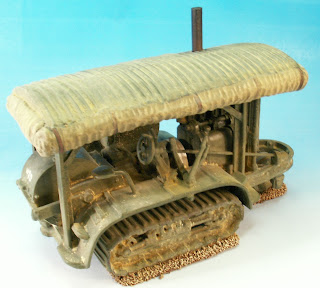 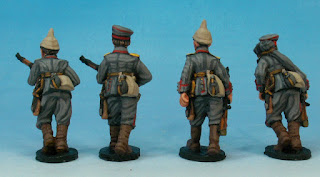 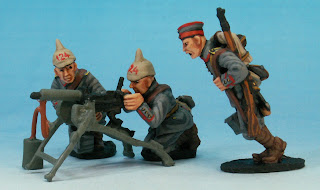 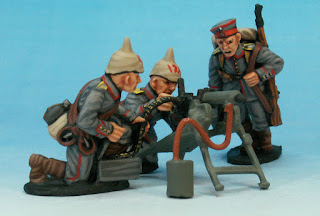 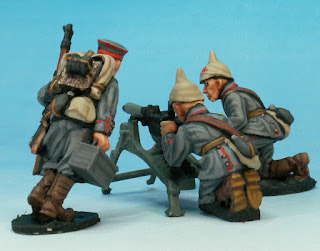 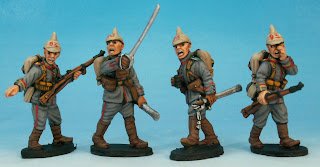 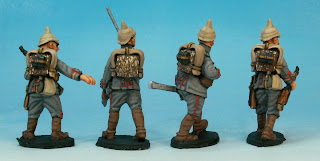 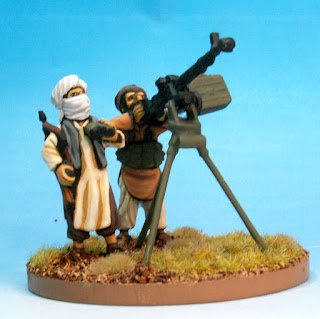 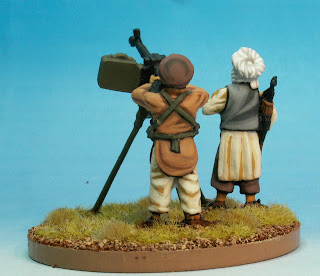 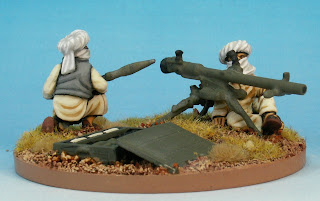 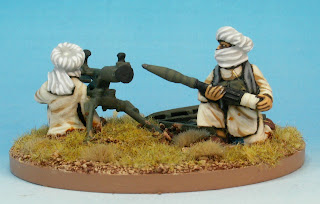 Some more of the Eureka Miniatures Modern Afghans, I rather like the two figures with the RPG-7s.

The first half dozen of twenty-odd of these Afghan figures from the Eureka Miniatures 28mm Modern range. The sole output since my last post due to some difficult times at home that look set to continue for the near future. Such is life.
Posted by Over Open Sights at Sunday, October 11, 2015 4 comments: 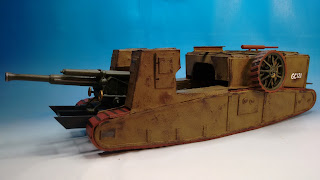 Posted by Over Open Sights at Thursday, September 10, 2015 5 comments: 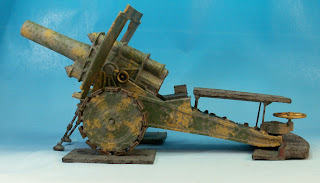 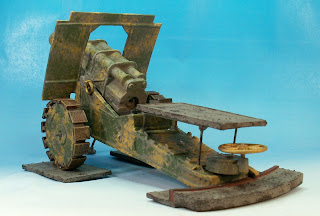 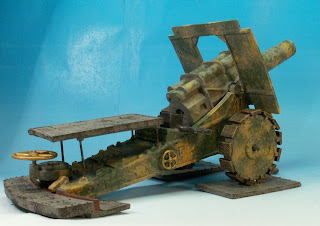 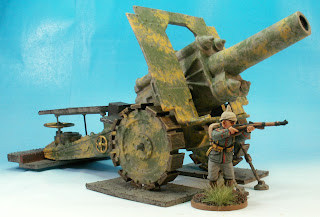 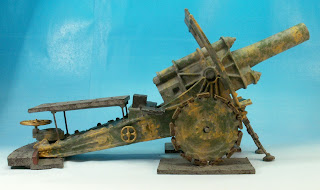 Following the concept model in the previous post, the design and build of the cereal packet Mark IX "Pig" Infantry Carrier has been tweaked a little in size and rudimentary rivettng has taken place on this second scratchbuilt model.