These are not the best sculpted figures on the market and indeed some of the poses are a little odd and their swords look like pieces of timber, but they are some of the only figures I know of that represent Japanese cavalry at the turn of the twentieth century suitable for the Boxer Rebellion. It is quite a colourful uniform. The same could be used for the early part of the Russo-Japanese War. Ordinarily I would not have painted up these figures (because I am a bit of a snob when it comes to figure quality) but they will form part of a tabletop force that I have painted up other units for so it was a matter of completing the job to help add to the collection. 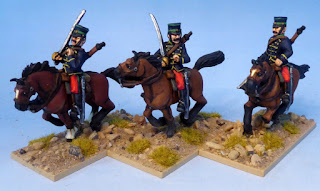 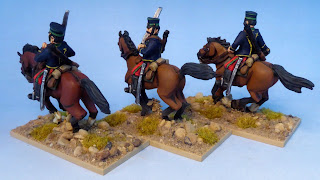 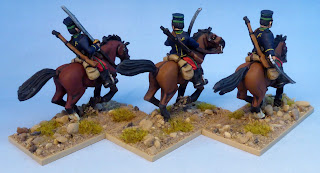 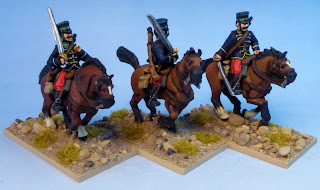 You have done a marvellous job there even with the dubious casts. Bravo!

Old Glory may not be the most fashionable figures but you have shown how nice they can look when finished off by a very talented painter - they look very good indeed to me.

These are really nice Mark...
I wouldn’t have recognised them a Old Glory ... it shows what can be achieved with an excellent paint job.

Agree with the other comments and it just shows that the difference between a good and bad sculpt can often be remedied by a good paint job. Sadly, some figures are beyond redemption but not in this case.