Half term holidays are here and that means some time away from screens and the accompanying headaches and eyestrain that go with teaching via video link. Having finished off the Berkshire Yeomanry and before returning to some commission work, I hit the lead pile and pulled out a Great War Miniatures early WW1 British Cavalry officer minus right arm, a Great War Miniatures early WW1 British Cavalry bugler that had been discarded due to a miscast rear leg on the horse and from the lowest layer of archaeological deposit, a Renegade WW1 mounted British Cavalry officer without horse. The greenstuff rectified the miscast horse's leg and a spare Footsore horse was located and appropriated. The "bits box" yielded a couple of plastic right arms (Perry, I think) and the Renegade figure had his pistol toting tight arm replaced and the GWM figure was made whole. All three were then given Woodbine Wolseley heads. A neat little job to get me back into the swing of things. Four days later and we have Brigadier Godwin, his Brigade-Major and a HQ bugler. 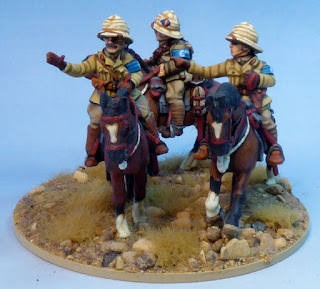 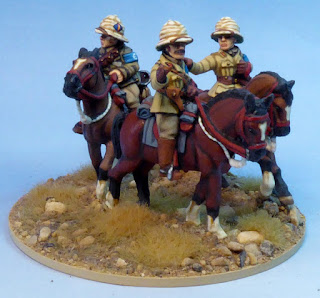 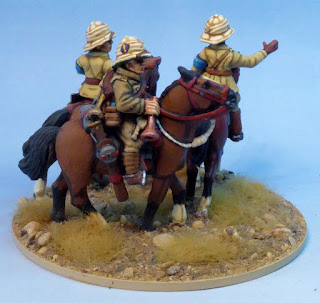 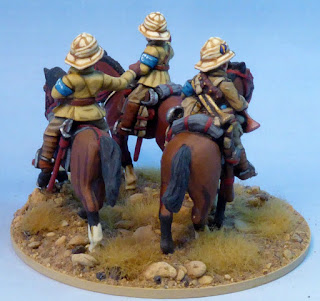 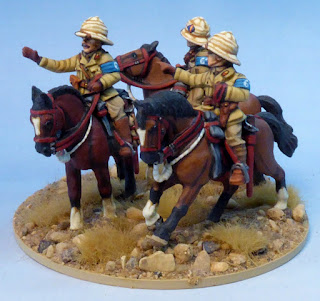 Interesting subject and well done on modifying and paint job.