With the RGH to Suvla and a meeting with Billy Sing.

We were back again at the National Archive last week. Again, once the official business was over I ordered up the Regimental War Diaries of some of the Yeomanry Regiments that went out to Gallipoli in August 1915. They landed at Suvla  as part of  the now dismounted Mounted Division and were withdrawn at the end of October. 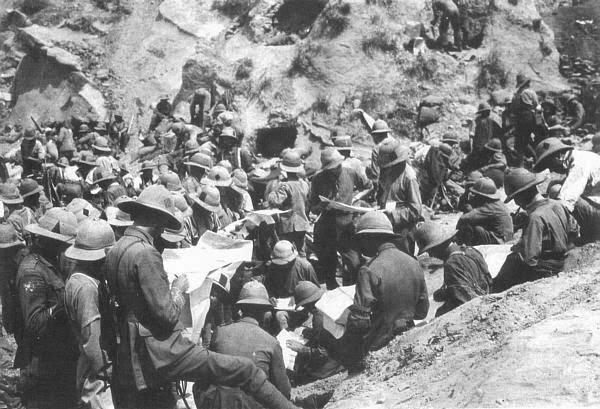 Officers of the 2nd Mounted Division receive orders and briefing before the night attacks on Chocolate and Scimitar Hills 21 August, 1915.


I was particularly taken with the diary of the Royal Gloucestershire Hussars. Written by the Adjutant, Lt. Michael Hugh Hicks-Beach, Viscount Quenigton, initially on pages torn from his notebook and only later on the official sheets. He signs himself simply as "Quenington".

Lieutenant, later Captain "Quenington" survived Suvla and continued as Adjutant until his death at the disaster at Quatia, 23 April 1916. More on this in a future post. 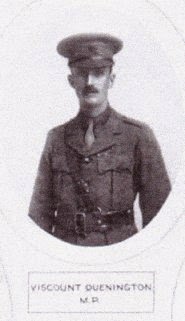 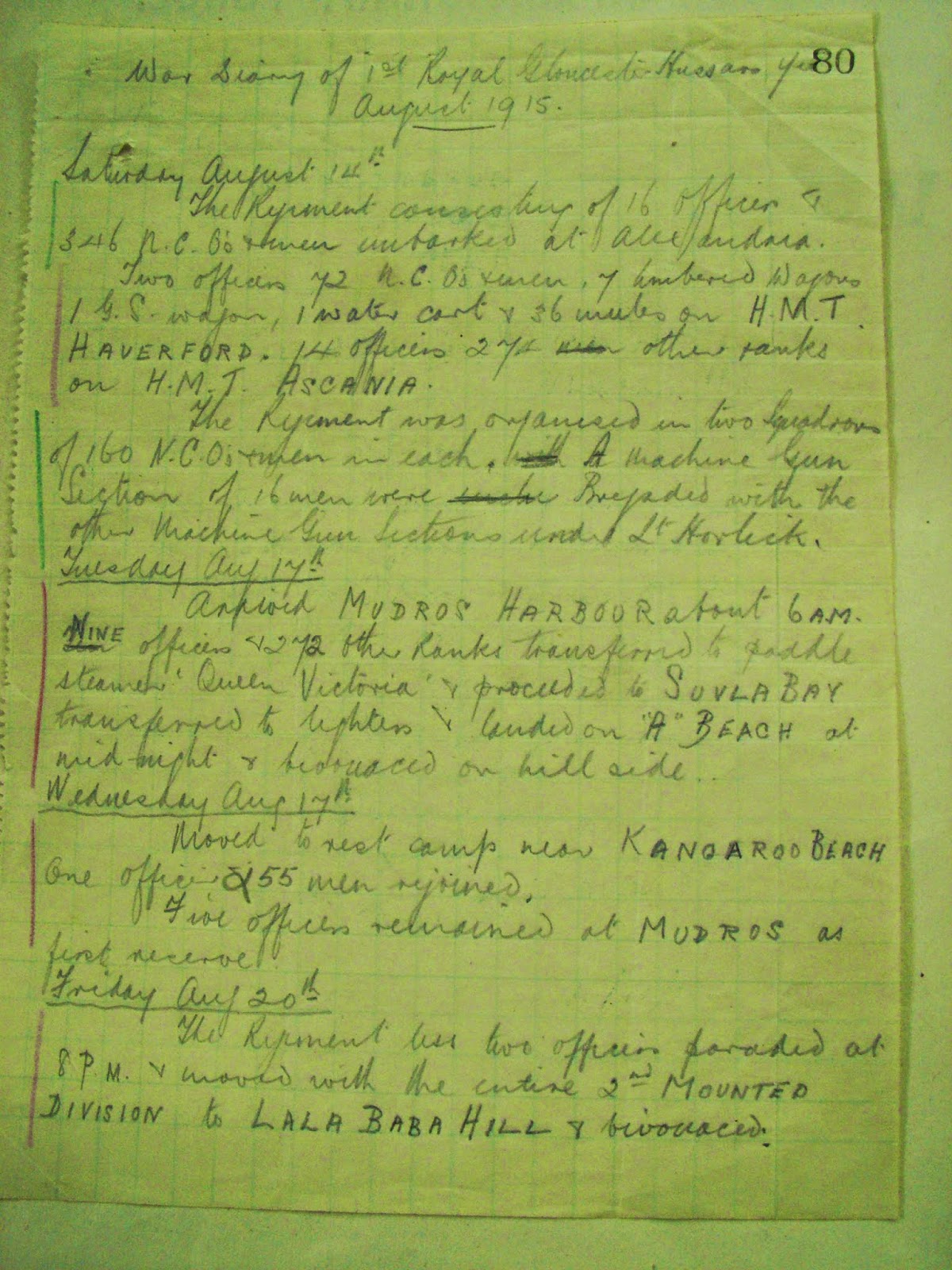 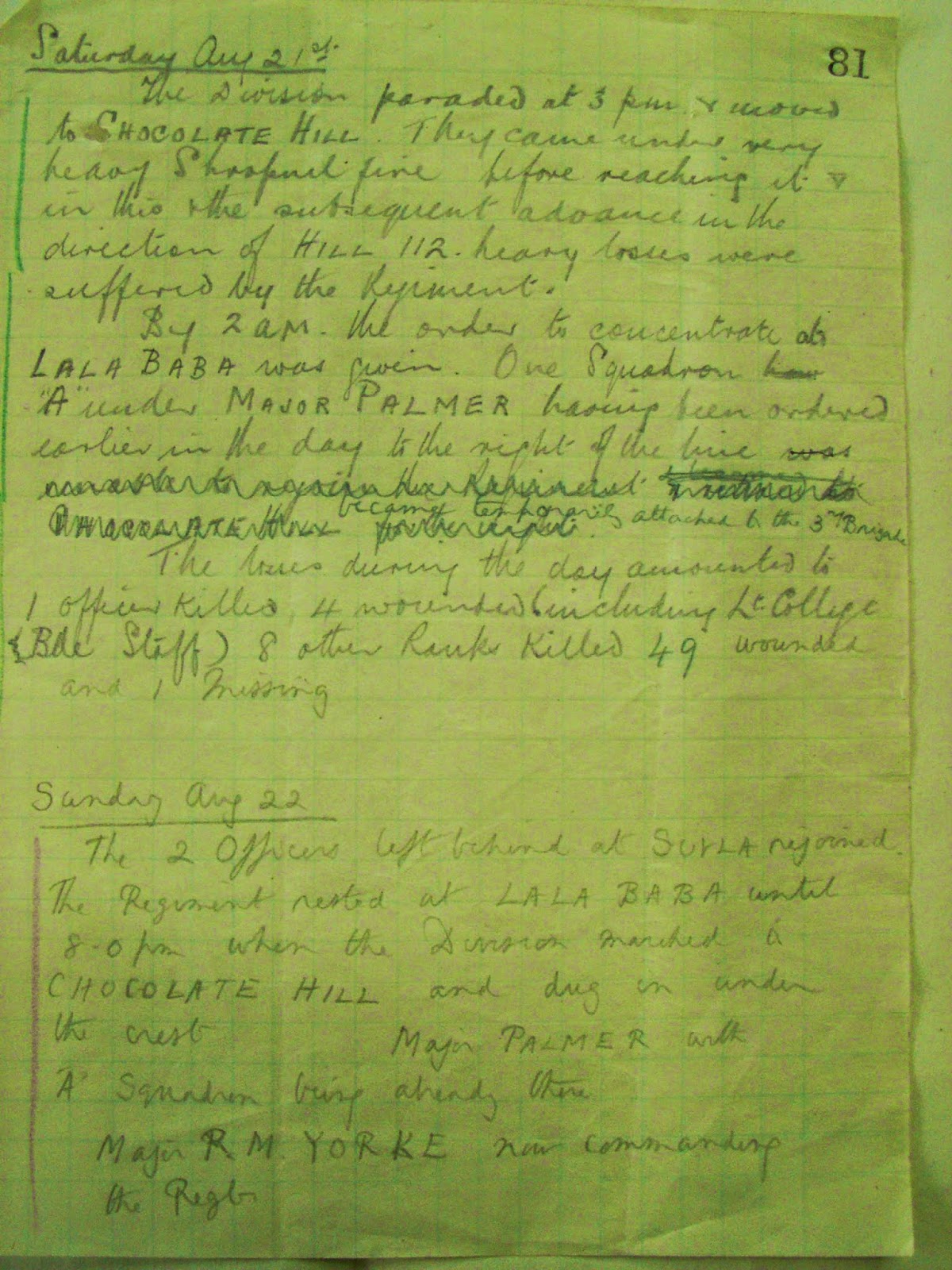 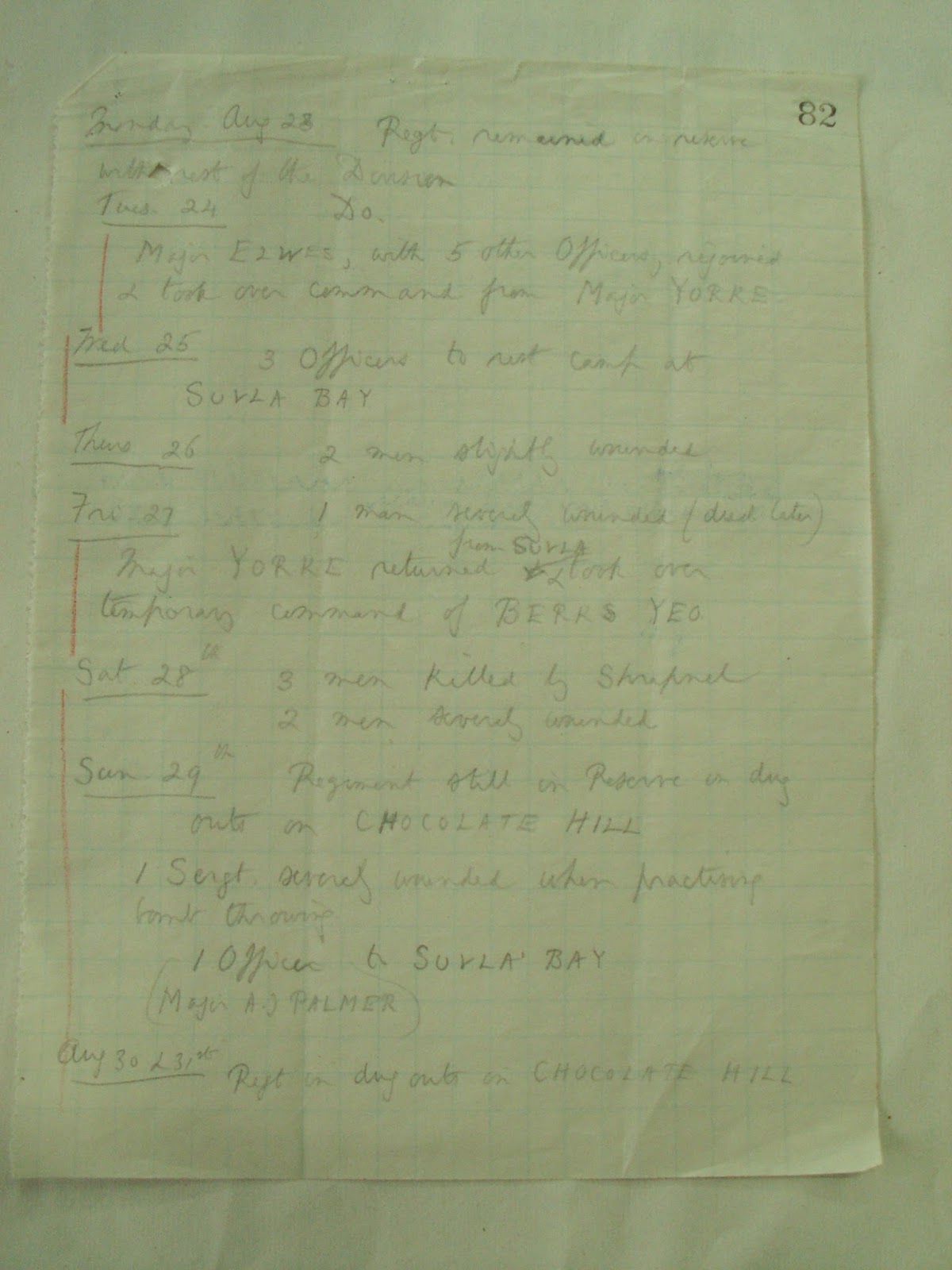 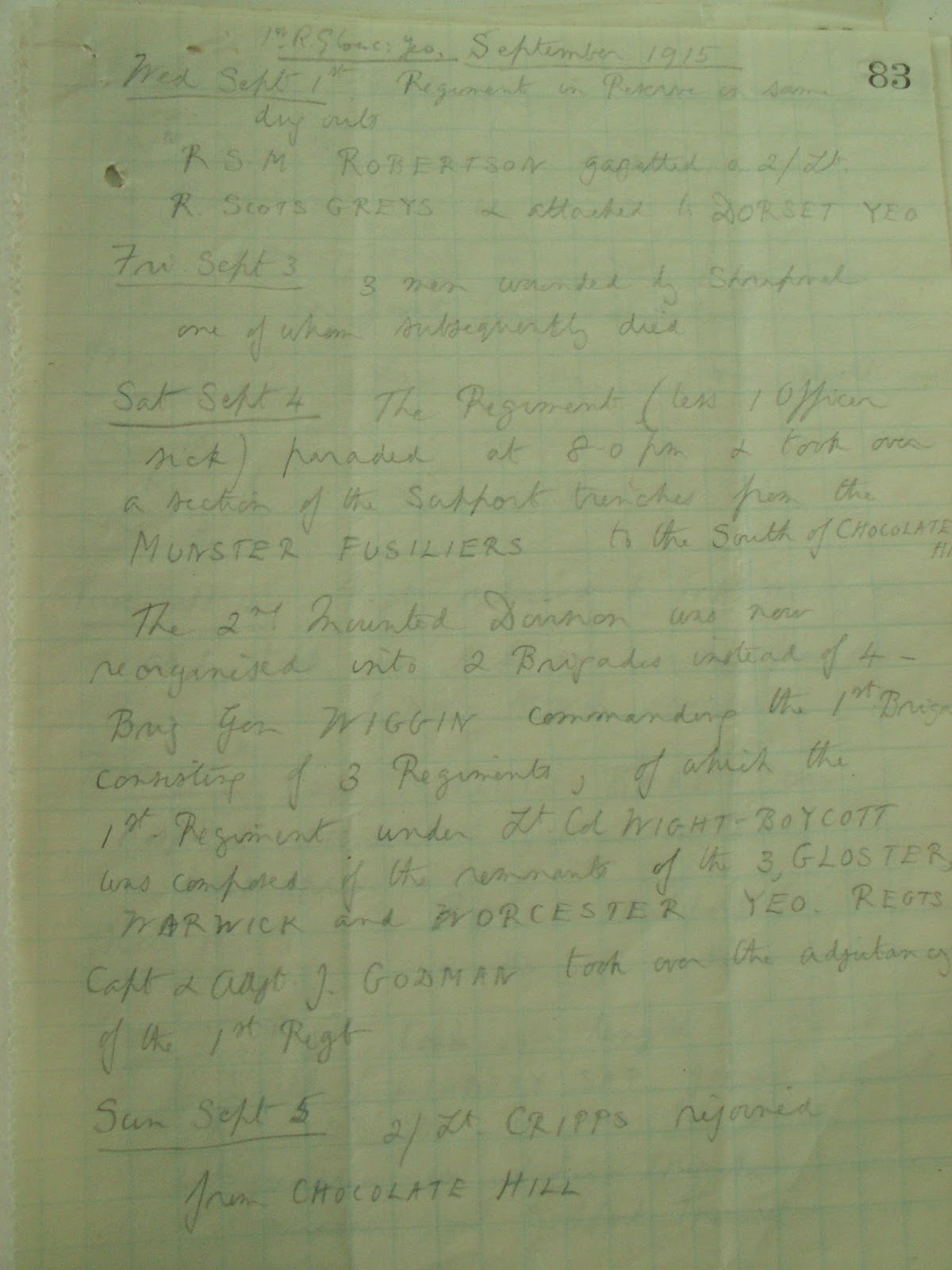 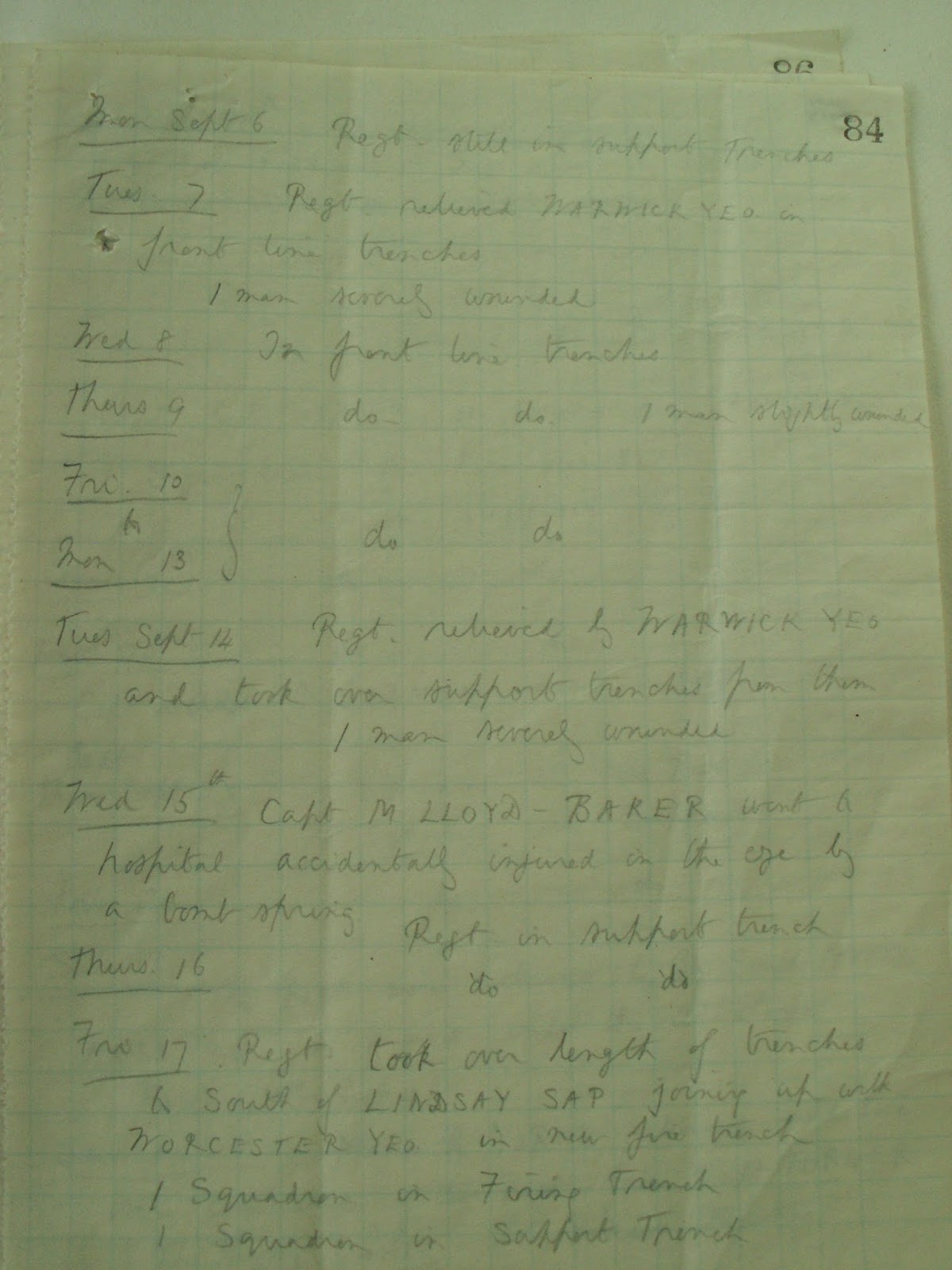 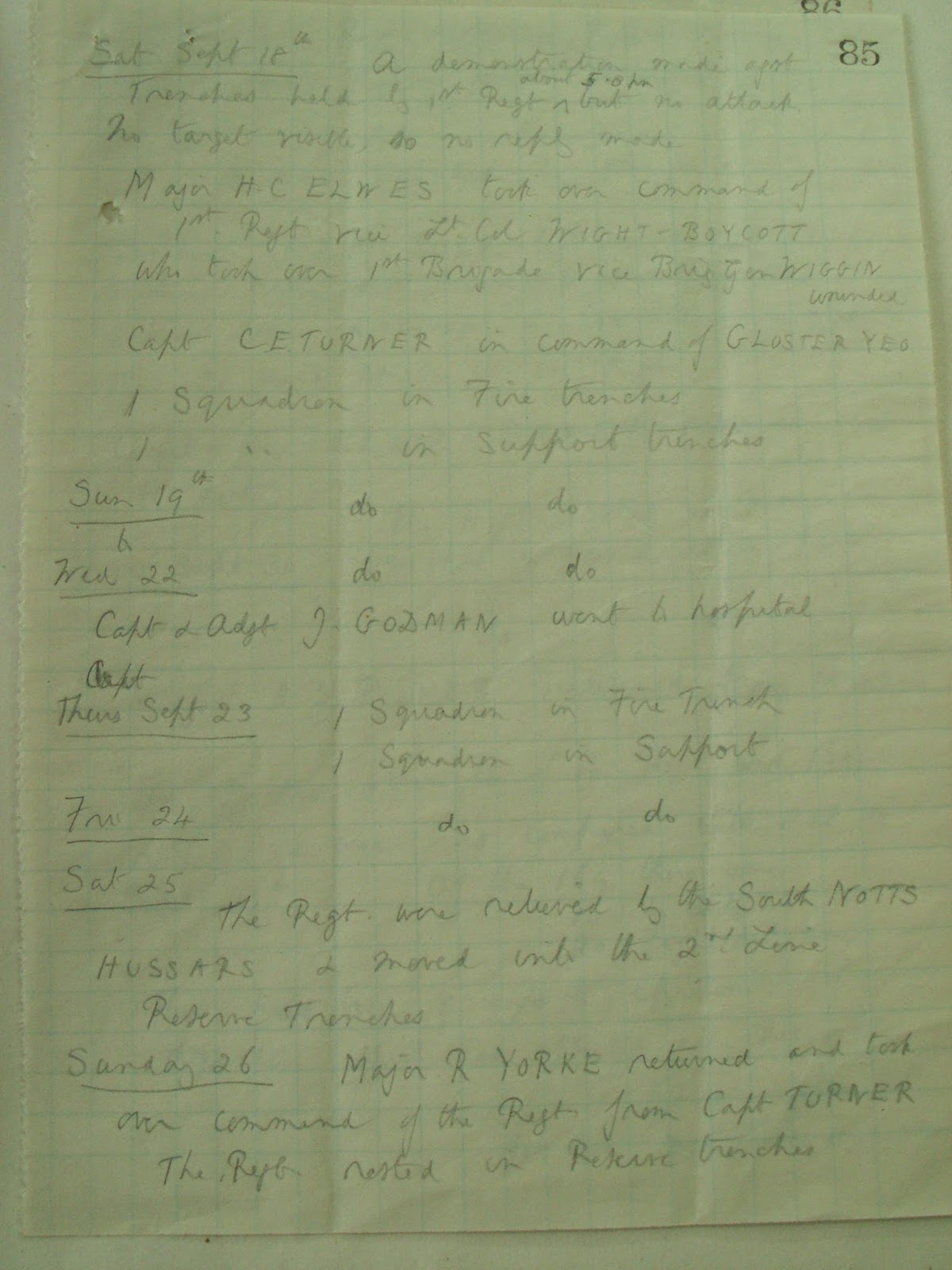 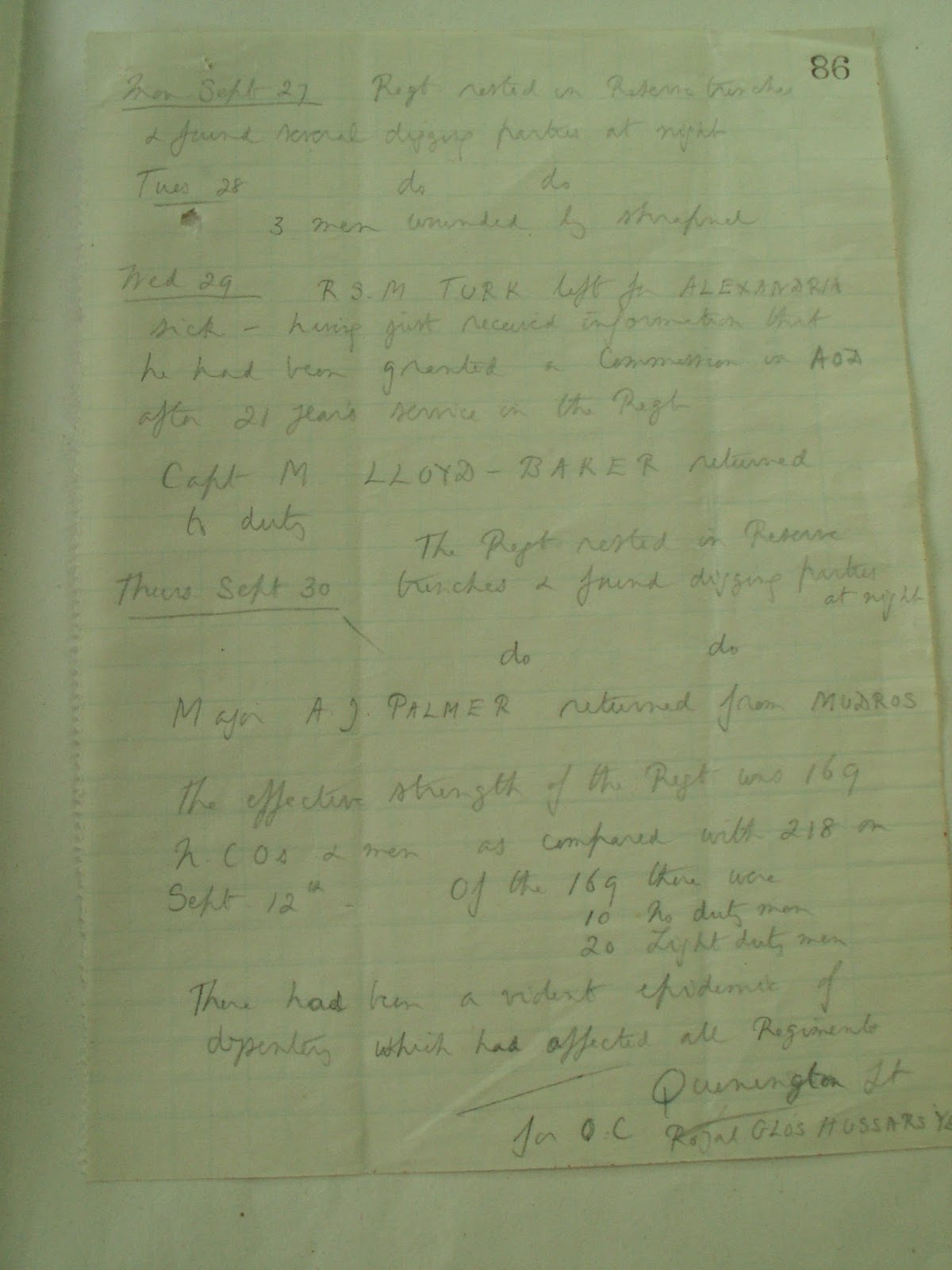 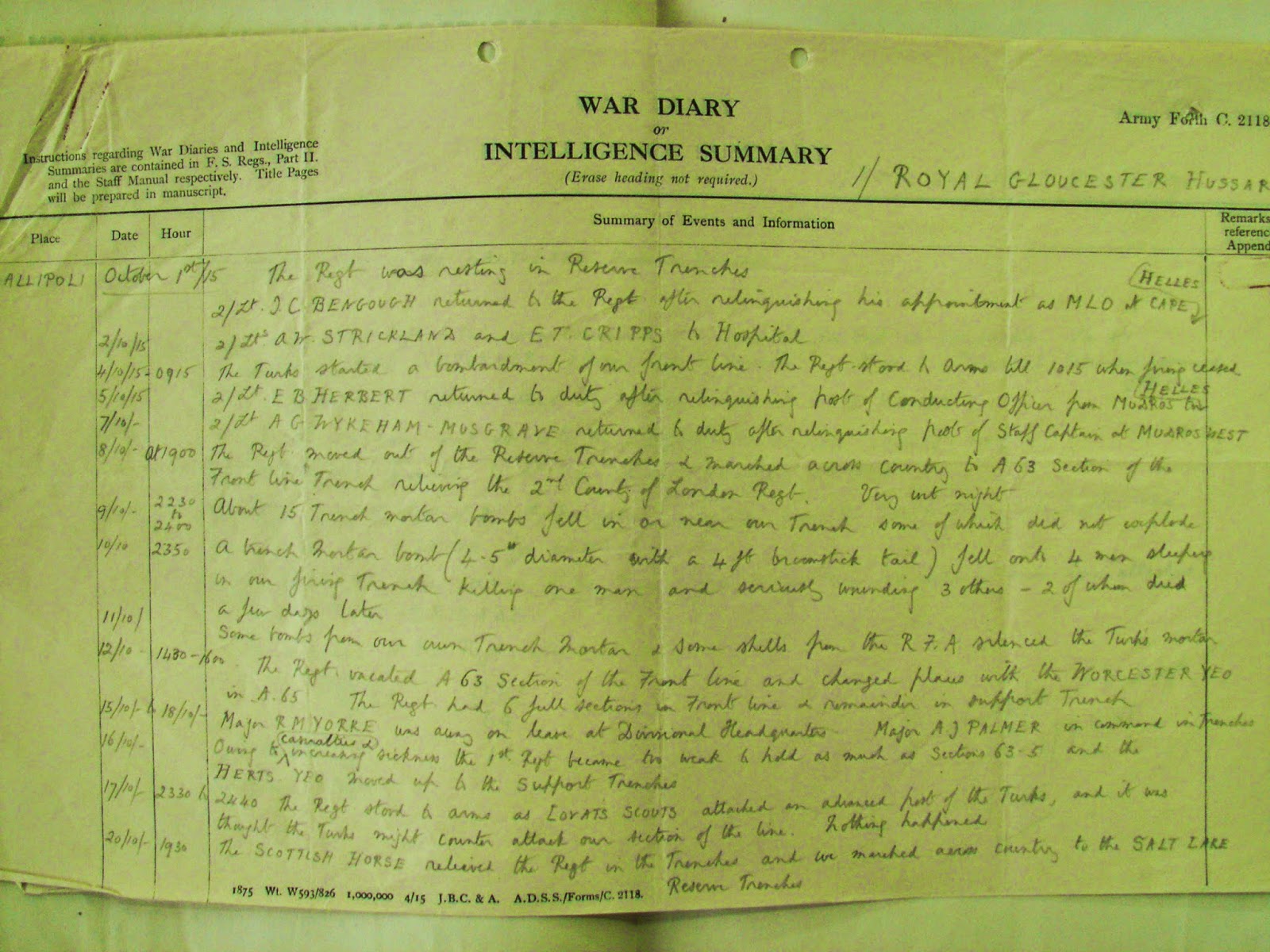 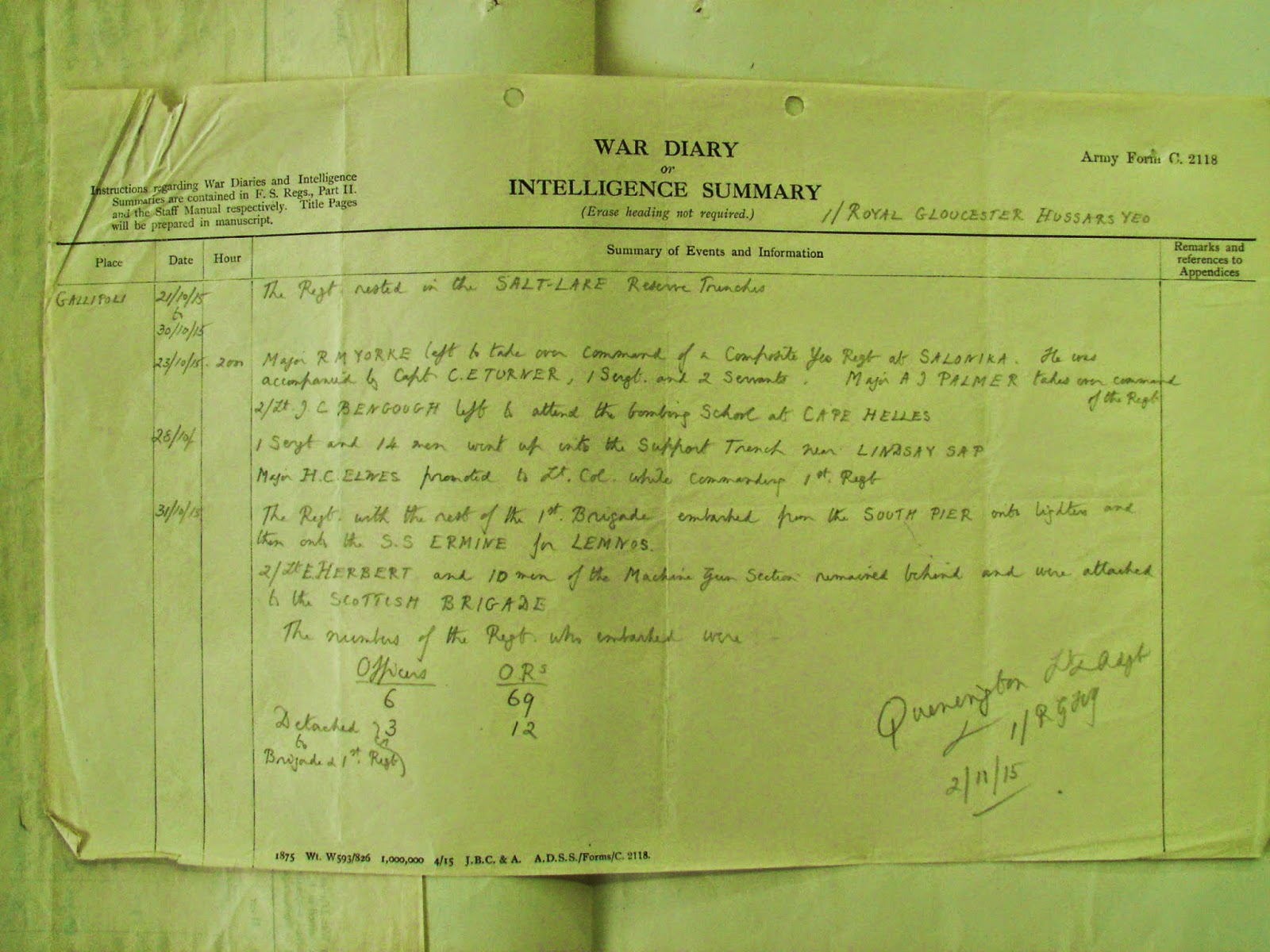 I also rummaged through the diary of the Middlesex Hussars for the same time period. I was pulled up short by this page where Captain Subbins charts the effects of disease. 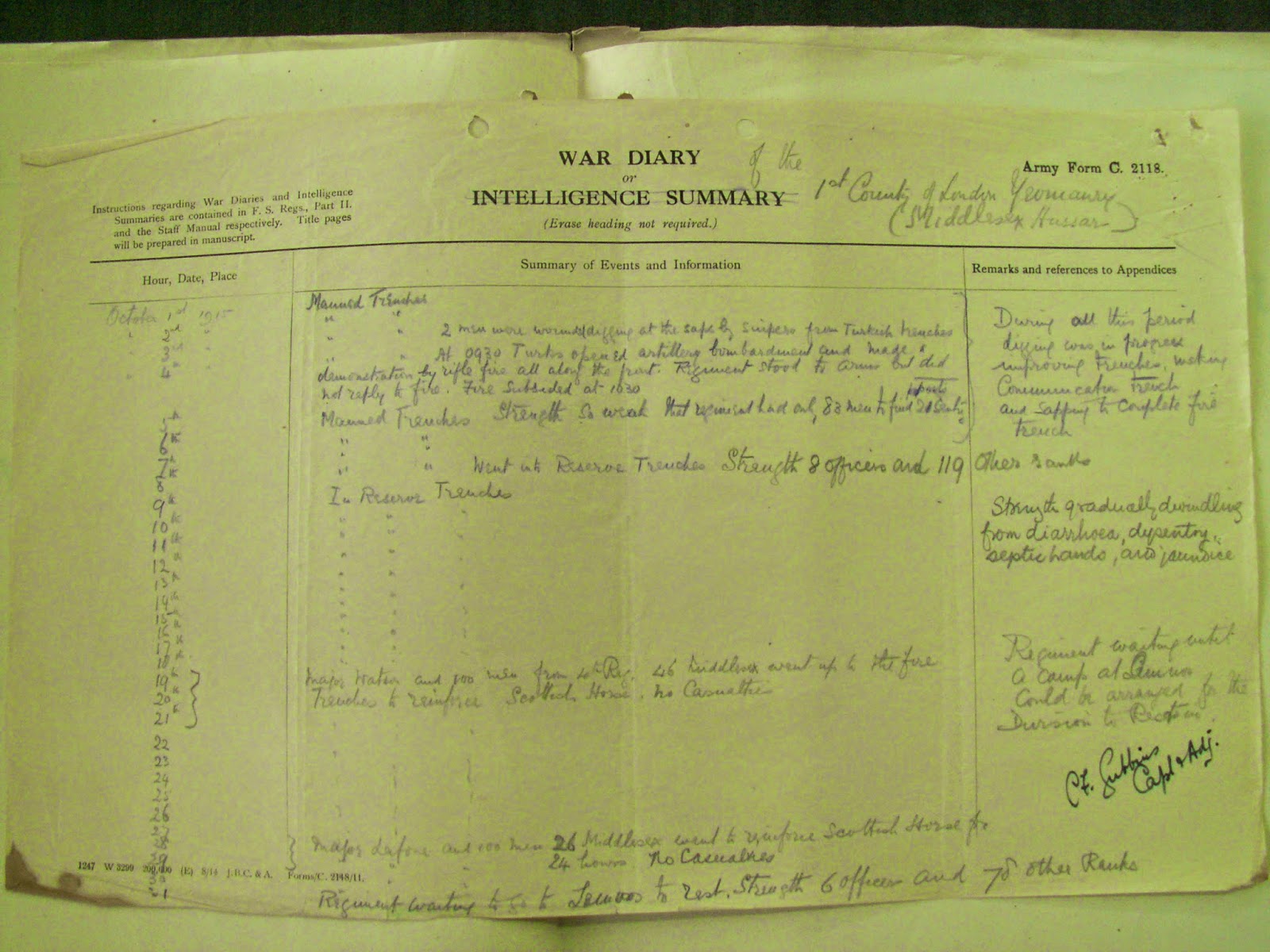 I was also very pleased to discover that the diaries of the Australian Light Horse Regiments 1915-18 are at the National Archive. Some are photograpgic reproductions (the originals now at the Australian War Memorial, I believe) but a few original pages are mixed in there as well. I called up the Gallipoli diary of 5th Australian Light Horse. This diary was a photographic reproduction done quite some time ago and it did not photgraph well, there being very little contrast between the writing and the background so no images I'm afraid. However, the tone of this Aussie diary is very different to those of British Regiments. Ordinary Troopers are named throughout when they are wounded, sick or do something worthy of note. The naming of "ORs" in British diaries is relatively rare.

I read, with interest, a reference in the diary to Trooper Billy Sing, a Chinese-Australian and legendary sniper known as "The Assassin". The diary entry celebrates Sing's accuracy as he had just increased his tally to over 150 confirmed hits. The entry describes Sing's "modus operandi" (the diary's phrase, not mine). His spotter, armed with a telescope, would train it on a "loophole" in the Turkish sand-bag parapet or any other target that presented itself. Sing would cover the spot with his rifle at ranges between 400 to 1000 yards. When the spotter saw movement he would simply tell Sing to shoot. Sing would oblige and the spotter would record the result. Sing went on to claim 201 kills and earn himself the Distinguished Conduct Medal. Have a read about Billy Sing here. Here he is: 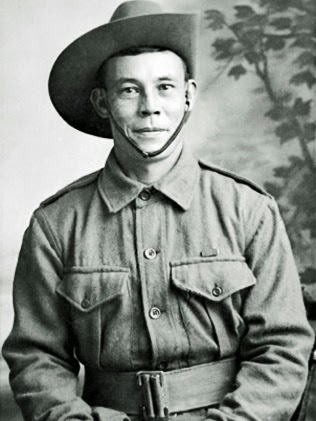 It's time for a Billy Sing conversion vignette maybe?

Fascinating stuff mate. Thanks for sharing.

Great stuff! Thanks for sharing your research.