I have been playing around with the Perry Miniatures Sudan 19th Hussars figures to create something that looks like the 7th Dragoon Guards and 19th Hussars for the Anglo Egyptian War. First up, a 7th DG trooper  and then a 19th Hussar in a plain blue frock. I think it works. 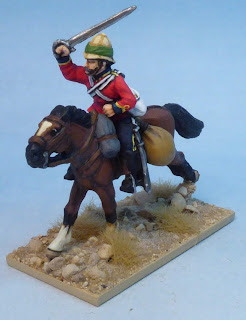 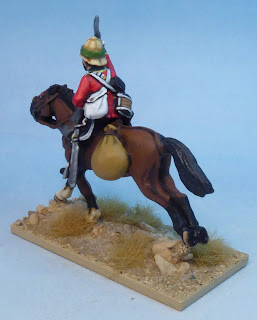 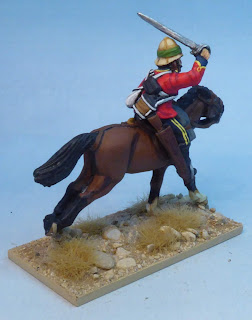 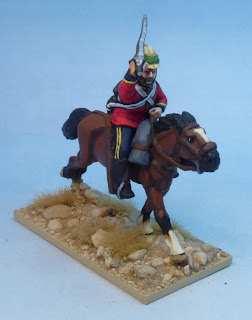 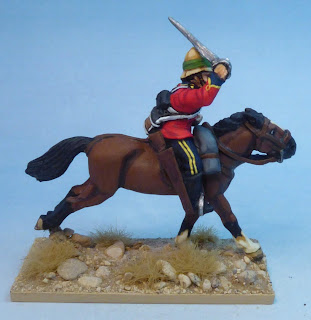 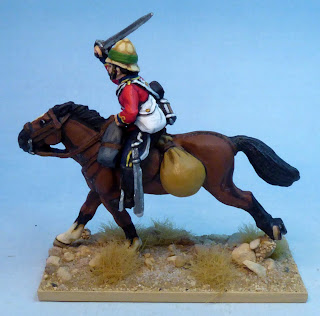 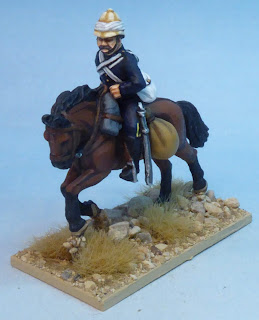 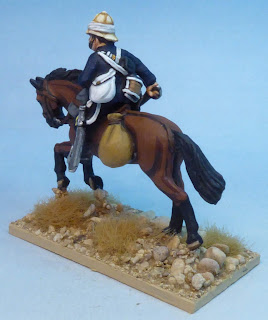 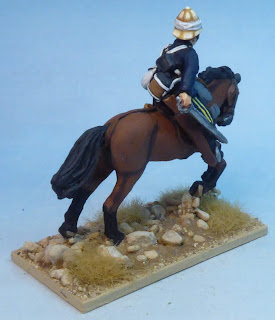 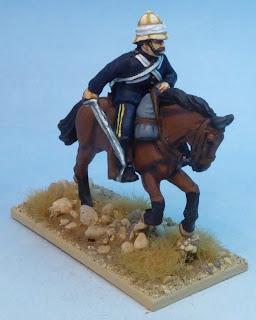 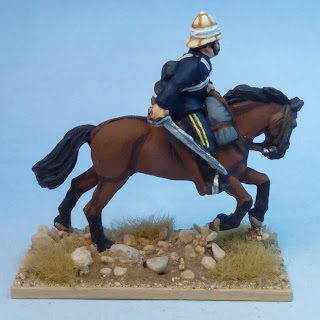 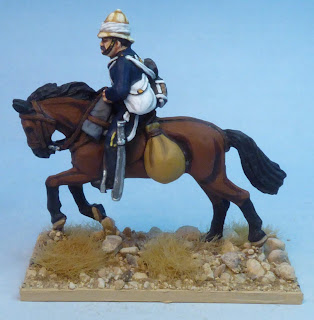 Very nice Mark...
And hardly any khaki to be seen...

I knew I should have bitten the bullet and given them white foreign service helmets!