Some heavy support for the USMC figures painted earlier this year. A GWM WW1 French 75mm field gun with a crew of GWM Late War British Artillery crew with Woodbine Designs headswaps. Strictly speaking, by the 1920s American guns had a simple Olive Green paint scheme but the decision was taken to give the gun a bit more "umph"  by basing the paint scheme on a gun in the Lovett Artillery Collection. An image of this gun appears at the bottom of this page and the other images and information can be found here. A second gun and crew are currently on the table. 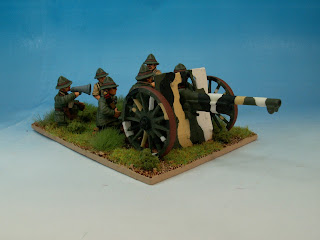 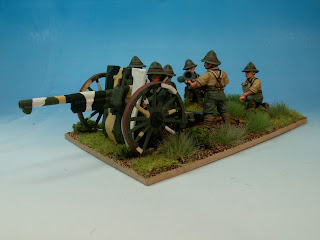 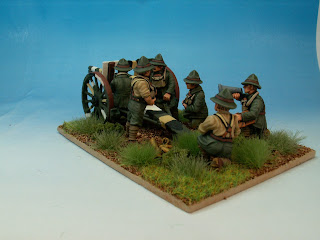 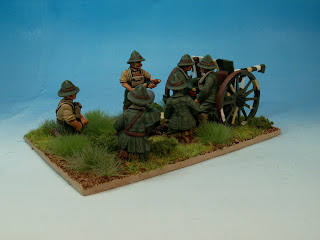 UPDATE
An image of both comleted guns and crews.

And next? BIG GUNS!

A lovely piece of work Mark, good to see that you are using your new found time to good use.

Can't believe they went to war in those cowboy hats...